Prospering in the Frankfurt house music scene, acclaimed DJ and producer Robert Dietz’ rise to success has been prolific as well as rapid. Instilled into any project that he touches is Dietz’ ethos of creativity, originality and above all commitment to innovational new music. These foundations form the cornerstone for all music that he creates, as well as being driven by pure determination and persistence. The past years have seen him reach the level of fellow Frankfurt heavyweights Sven Vath and Luciano, as well as collaborate with the likes of Loco Dice and Nic Fanciulli. Boasting a catalogue of releases on monumental labels such as Deep Vibes and Cecille, Dietz will now focus his attention and experience on an extremely exciting new project, ‘Truth Be Told’ Records

Ahead of his appearance at Solo Danza’s Halloween special in London on Nov. 1st, Robert gave us his take on the London scene, delved deep into his production process and laid out his plans for the future. Exciting times lay ahead…

Naturally we’re looking forward to your return to London. As an artist who has played regularly in the capital during the past few years – I memorably remember seeing you play at 93 Feet East back in 2011 – what do you make generally of the city right now? Who in London is exciting you currently?  London always had a very positive vibe for me regarding nightlife, youth, music and club culture. It’s a melting point for so many genres and styles which you can hardly find anywhere else in Europe. The scene is very lively and the crowds are open minded, which I really enjoyed over the last years. It’s good to see a lot of talented and inspiring new producers and DJs doing their thing and making waves. I’ve got to say that the last few times I played the city I’ve played for Solo Danza and I always had a very remarkable time.

You’ll be playing for them again for this years Halloween party. It’ll also be in a brand new venue. How important is it for you that promoters are consciously trying to innovate and push outwards into untouched territory?  I think, especially for London and Solo Danza it is good thing to find new places and venues for their events. I was always a big fan of off-locations anyway and was part of a team in Frankfurt during the last three years which was organizing parties in changing venues all over the city. We were constantly on the hunt for new ground to reinvent ourselves. In my opinion it creates excitement in the people to find their way to a new venue, experience it and party in it. This is the advantage of those untouched territories towards a club, it’s definitely special to throw an event in an old factory, supermarket or church for example. Away from London, another Balearic summer season has just come to a close. You’ve had many there now – so much so that you’re becoming something of a veteran of the Island. Can the charm fade?  It can sometimes, when you are just rushing in and out, passing by all these billboards and seeing the changes on musical and business related directions. But when you spend more time there, slowing down, hanging out in the right places with the right people, play and rave at the right parties, you realize that this island is still something special and kind of precious to have such a club and music Mecca right in front of our doors.

Talking of heritage, you’ve recently moved from Frankfurt to Berlin.  Was it difficult to leave for pastures new? Frankfurt will always be a very important city for me as everything started there for me, clubbing, music, my career as a DJ and producer. And indeed the city has a kind of sentimental pull every time I’m coming back. I’m in general a very sentimental person. The reasons I moved to Berlin though are several and one of them was the need of a change to open the mind. In previous interviews you’ve suggested that your production studio hibernates in the summer, with touring dominating your thinking. Is that true of this year, or have you been busy at work through the summer months? You’re a very thought-out producer, whose output is not enormous for your position in the scene. Do you think your production side suffers as a result of the touring, and if so is this part of the compromise of working globally now?  Of course it is difficult to find a good balance between touring and studio work sometimes and the free work on the machines definitely suffers a lot the more you are on the road. But over the last years I learned to deal with it and sometimes it can be even something positive. You have the time where you collect inspirations and then use them during the slower months to work on new projects. In general you always have to make compromises at one point, playing with too many balls means loosing one. You just have to adapt and use your time in the right way. Music should be released very thoughtfully anyway. I’m a firm believer in the adage of quality over quantity. When I look to your early releases — from Shemale Trouble on ‘be chosen’ through to Salon Du Rol & Inside Me, I’m struck by how organic your music sounded…was your entry into production a natural one or does this sound mask a painstaking process? How has your thinking evolved in the way you set out to make a track?  Unfortunately it changed a lot and not to the good to be honest. At the beginning there was a totally natural way of making music and learning the first steps to your own sound. It was sort of an infantine approach, a way of trying things out. Over the years, the releases and the success, the pressure got bigger and the head can be in the way sometimes when you just want to make music freely. I still do have those moments where I’m getting lost and magic is happening without over thinking things.

Nicole Moudaber – who you recently remixed for “The Whippin’ I’m Dishin'” – has previously likened her tracks to children, amongst whom she cannot choose a favourite. Are you as generous, or do you find periods in your catalogue that you are particularly proud of?  It’s very difficult to say, sometimes you look back to your catalogue and ask yourself how you did that or in which state of mind you were when producing a particular track. But in most cases I’m still staying behind my past work.

You’ve released on a collection of household-names, from Desolat to Saved Records, Defect to Cadenza. You’ve spoken previously of tracks coming out through different labels by ‘coincidence’; the magical result of mixing friends and ideas. If you were to compartmentalize your different feelings and ideas, which labels would each of your moods go into?  I’m very happy that I had the chance to release on all these quality and innovative platforms, like in the early days labels from Frankfurt and recently again on Running Back, Desolat or Holic Traxx. I like the variety of them and their different approach. But for now all my energy, feelings and ideas are going into my own project I’m about to set up and I’m very excited to have my own playground and release the music I really feel. Around 2011 your sound took a big turn I thought: away from the measured, minimal essence of tracks like ‘The Sorrow’ and ‘Near Africa’ towards the ‘big room’ anthems encapsulated in ‘Pandemic’. Your turn on Running Back last year was exciting precisely because it was a movement back towards your early stuff. Doul in particular was quite a daring and unusual piece, and again very different from the pulsating Anger Management which followed. Do you recognise these shifts, and If so when can we expect Robert Dietz to be headed towards another period of re-invention?  In general I find it always difficult to produce the same style of music over and over again. And there was definitely this change towards big room anthems as you call them. This was during the time I started to play bigger stages in the name of Cadenza, it influenced me a lot. Anger Management was actually produced during this time and just got released two and a half years later.  For me it is not necessary to reinvent myself all the time but to not get bored and just following one sound or hype. I do what I feel and at the moment It goes back to the music I did in the early days which you can look forward to with my upcoming EP on my own new little label. Why did you decide to start your own label? What opportunities do you think ‘Truth Be Told’ will open for artists?  This has been an idea I’ve had in mind since some years already but I never wanted to force things rather have it happen naturally. When I moved to Berlin at the beginning of the year I finally had the chance to spend more time with one of my oldest and best friends again and we decided to do it together. Of course I hope to give opportunities to other artists with this platform, opportunities to share the same idea of music like I have without following the obvious patterns. Where did the name come from? Truth Be Told just popped up in our head after we were talking about internet slang, codes and shortcuts. It somehow seemed to make total sense as it fits so much to the bigger picture we had in mind. It’s stands for real talk, honest music. What sort of music can we expect to hear from the label?

It will be honest music, music I really feel and think is worth sharing with you. The music doesn’t have to fit in box or has to be dance floor compatible. I like to be able to experiment around. The second release for example contains a down-tempo track and a close friend of mine I would like to get on board for a future release is also producing these amazing hip hop instrumentals. So you can always expect tracks for the DJs on a release but also something for the listeners.

In London this Halloween weekend? Then catch Robert alongside Tobi Neumann for Solo Danza’s Halloween party November 1st. Tickets are available here. We’ve wiped the dust off this Robert Dietz podcast from two years ago just to get you in the mood, check it out below. 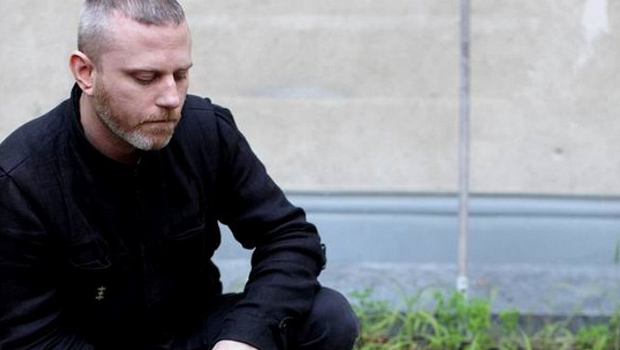