Last month, Ryan Lee West returned to Erased Tapes under his Rival Consoles moniker to release new album, Howl. A lesson in poignant electronica, the LP is driven by crass synthetic textures and the raw personality of live instrumentation. The latter in particular is a regular feature of West’s work. “I’ve always been more inspired by non-electronic artists,” West tells Data Transmission over the phone. He’s en route to the next stop of his UK tour promoting Howl. “I think it’s because my route into music was just playing guitar and playing in bands and stuff, so that’s still a part of me. I imagine it will continue that way as well.”

In our culture of bedroom producers, this makes West something of an anomaly. His music is intrinsically linked to the old school of thought; the old traditions of chords and melodies; methods often lost amongst the torrent of easily accessible soft-synths and sample packs. “It’s a tricky thing to get right anyway really,” says West. “The electronic medium is led a lot by sound. Even the people that know a lot about chords and melody and the sort of traditional values, struggle anyway because you can’t wield the sound in the same way that you can a guitar.”

West describes his music as “less functional” than your average club-bound four-to-the-floor. More than merely flirting around typical house and techno BPM marks, he actively explores tempo – sadly somewhat of a daring feat nowadays. Together with his coarse textural palette, West’s experiments give his music an unkempt, fractured feel; imperfections which he relishes. “I don’t like music to be too clean or too well produced. I think it needs to be quite lo-fi and played quite rough. Maybe that’s because working with computers, I’ve sort of resented the neatness of everything,” chuckles West.

For the past few years, West has been harnessing the unrefined creativity of improvisation to feed his habit – even naming the new album after a strange, howling sound that emerged when playing around with synths and guitar pedals. His aim is to avoid fixating too much, getting into what he calls a “sterile sense of development.” This frees West up to tinker and mess around without dampening any of the emotion poured out during the initial recording phases. In the case of Howl, West’s mental state seems to lean towards a melancholia; it’s a bittersweet world, that which he’s created. “I always like to put hope in there, I don’t want it to sound too morbid,” explains West. “The thing is, electronic music was born out of people wanting to explore a new world of sound that had nothing to do with traditional sound. But the problem is, it does become cold and a little bit detached. All I’m looking for really is a sense of a narrative.”

West believes that the longevity of heavily technical production is limited, working instead to a mantra of achieving as much as possible with as little as possible. However, this isn’t to say he’s disheartened with electronic music. In fact, West has a refreshingly positive attitude towards the future of the genre. Whereas many of his peers look backwards, claiming the best music has already been written, West believes this is only just the beginning. “I think electronic music – whilst it’s been around for quite a long time – is still figuring out what it is, so as time goes on it’ll probably get to a point where it really expresses its full potential,” he tells DT, likening the process to the hundreds-of-years it’s taken for the best music for each classical instrument to be written. “In popular terms, [electronic music] has only been written for the past 50 to 60 years, so I imagine in the next few years we’ll hit the peak of human expression with electronic music or electronic sounds.”

Howl is available to buy now and you can catch Rival Consoles as part of the Erased Tapes showcase at London’s Village Underground this Friday (November 13th). Performing alongside West will be Brooklyn acoustic trio, Dawn of Midi, and glitchy instrumental mastermind Douglas Dare. Tickets are available here 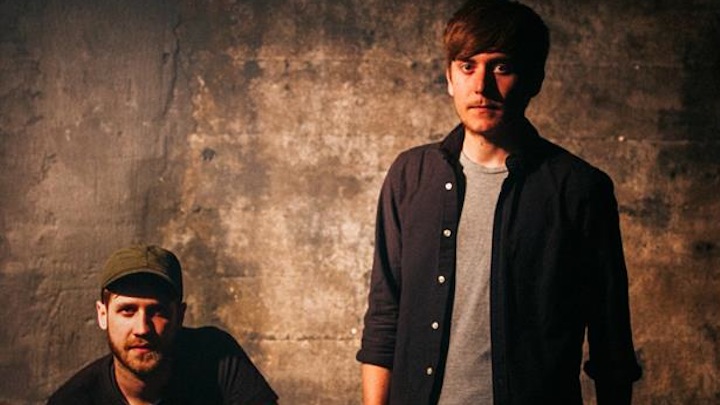