The esoteric and sometimes indulging nature of Richard Seeley’s music has long proved a source of great inspiration for DJs from the braver and more acute side of the electronic music spectrum. His is a sound that’s typically overflowing with weird, tangible goodness, with the one thing predictable facet that tends to course through his music actually its sheer unpredictability. How apt then, that his latest release sees him team up with another similar inclined mind, Paul Loraine, a friend and production partner of Seeley’s who’s lined out on his own for stellar imprints a la Vitalik, Flumo and Four:Twenty.

The double A-sided The Trip/The Fall, then, arrives on Seeley’s Discolour imprint, and it’s very much an EP that’s worth savouring for fans of nuanced, intriguing house music. The Trip builds only very gradually, with its innocuous pace offset by its oddball samples and its leftfield array of clicks and bleeps. It all helps to ramp up a certain ambiance though, with the vibe one that – for a considerable portion at least – harks back to the minimal days of yore. When the bottleneck percussion and wailing vocal slides in, it’s a very different matter, however, adding another dimension to the record and very much marking it out as a tale of two halves.

The Fall serves maintains a different modus operandi, as this time it’s the bass guitar and its accompanying heavy strings that help force its shape and lend a new, almost pop-inclined layer to proceedings. The sort of track that’s not too dissimilar to recent Innervisions fare, this is the sort of release that’s practically produced with Burning Man etc in mind. And from that point of view – the timing ain’t bad either. 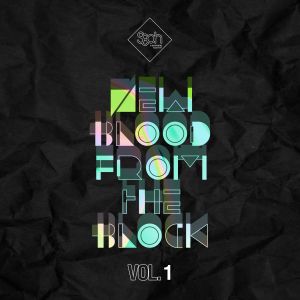