Maidstone – have you heard? Chances are you haven’t. And why should you? It’s a fairly run-of-the-mill kind of place. Few more than 100,000 people live here & the surrounding area. We’ve got a Nandos. And an Odeon cinema. It is extraordinarily ordinary. Except it also boasts a rich heritage of electronic music. And I love it! Mark Knight, Tim Green, Funkagenda & Pete Griffiths all spent formative years here, and many are still based in the area. But it’s Maidstone’s favourite son, Nic Fanciulli, who has really put the town on the map, ushering it into the consciousness of the global electronic music community.

Nic’s love-affair with his hometown can be charted back to his residency with the nomadic Club Class. Later, his Saved Records Bank Holiday soirees at the infamous Source Bar became etched in local folklore. Over the years Nic has brought some of the biggest names in the industry to our modest town. But it was 2013, when he launched The Social Festival, that Maidstone became a beacon for electronic music lovers the world over. And four years on, what started out as a boutique festival which called in favours from friends and peers, has blossomed into one of the hottest tickets on the festival calendar.

This year saw the move to a new, out-of-town location at Kent County Showground in nearby Detling. In its previous home at Mote Park, the event was marred by the type of unreasonable sound restrictions which continue to blight many UK festival promoters. It seemed a frustrating exercise flying-in the cream of house & techno talent, only to be restricted at the behest of a handful of disgruntled residents.

The move to a more sparsely populated area largely eliminates this problem. But now the organisers are faced with newer operational challenges: how to safely ferry partygoers to and from a remote site? Does moving the music indoors have a negative impact on the festival vibe? Would adding a second day and incorporating overnight camping prove successful? The answer to these questions would become clear as the weekend unfolded.

In the build-up the unpredictability of the weather sees us opt for a room at a nearby B&B over camping on site. In the taxi to the Showground we study the set-times. Walking to the closest arena upon entering, we expect to walk into warm-up duties. Of course we’re delighted to find the party is already in full swing! Eats Everything – house music’s MVP – is at the helm in The Barn. We do a lap of the dancefloor and find a good vantage point. It’s busy enough for an atmosphere, yet there’s plenty of space. But, oh my, the heat! Mopping our brow of excess fluid for the first time of many over course of the weekend. Eats is not one to do things by halves, and notches it up a gear, dropping his Green Velvet ‘The Duster’ remix. The warehouse goes bonkers! Perspiration drips from the ceiling. It’s time for some fresh air and a beverage.

Outside a giant inflatable octopus towers over the Barn arena. Quite fitting, then, that Guy Gerber is next up. He weaves the crowd through his trippy repertoire. The sound cuts out briefly, and a few revellers head prematurely for the exit. Those with more faith stay. The audio is soon restored and the technical hiccup quickly forgotten; Gerber picking right up where he left off. The Rumors label boss brings the crowd back onside with ANNA’s remix of Matador’s ‘Stanleys.’ But it is when he drops his latest single, ‘Secret Encounters’ when the atmosphere peaks. Truly nobody is as weird and wonderful as the Israeli in full flow. Loco Dice is about to jump-on. Normally it’d be a no brainer to stay put. But this is no normal night. So we head to the main arena. The only way day one is ending: Sasha/Digweed.

As we arrive in the mobbed Meadow arena, bossman Nic Fanciulli is laying the perfect foundation for his closing act. The dancefloor is jacked! The booking is quite possibly the coup of the decade. It’s a reunion that the wider dance music community has yearned for for years. And realistically one which never seemed to be truly on the cards. There were rumours of falling-out and bad blood, as there often is when notable duos go their separate ways. But last Easter the rumour mill went into overdrive when Sasha turned-up unannounced in the DJ booth at a London Bedrock event. Not only is their partnership legendary, but together they forged the mix compilation phenomenon which is still so important in today’s scene. Looking around it is clear just how highly regarded the pair are. There is LNOE and Bedrock merch everywhere! Some fans have gone to the effort of printing custom tees.

We chat to people who have travelled from far-and-wide. Each corner of the UK is represented. Grimsby, Manchester, Belfast… In the crowd we see an Argentine flag – a renowned John Digweed stronghold, of course. We can only wonder. This is evidently an older, more experienced crowd. And that is no bad thing. There are a handful capturing the moment on their phones, sure. But mostly there is just a whole lot of dancing. It may have been 6-years since their last announced back-to-back, but the chemistry is still there in abundance. They do not miss a beat! The mixing is spot on. The track selection inspired.

Over-hyped events seldom live up to their billing. But Sasha & Digweed reunited is going above and beyond expectation! Fittingly, they end on an old favourite – Underworld’s ‘Dark & Long’ – the closing track of Northern Exposure. The crowd erupts in applause as the 2 men embrace each other before turning to bow to their adoring fans. What a moment. Their set was nothing short of flawless. Even the doubters seem won-over. And – as they did back in the day – boundaries were pushed. The start and finish may have been steeped in nostalgia. But everything in between sounded fresh and upfront. Tellingly, we were so captivated by the whole spectacle we didn’t feel an urge to try to ID any of the music.

Awaking for day two, we have a spring in our step! But how do you follow that?! On arriving at the showground we are greeted to a contrasting picture compared to 24hrs earlier. The queue is thick and slow; the sky bleak and threatening a downpour. A younger, more boisterous crowd seems unperturbed by the weather.

Having grown familiar with the set-up yesterday, we are more leisurely in our approach. A lot of attention has been paid to the smaller details. It has been fine-tuned. There are various chill-out spots dotted around the enclosure. Hay bales provide alternate seating areas. Lanterns hang from branches. It may have grown in both size & stature in recent years, but the festival manages to retain its boutique vibe. Independent retailers set-up stalls offering worldly, hand-made garments. There’s even a shack which plays out reggae music (come darkness this proves to be a popular retreat, providing revellers some respite from the craziness going on elsewhere.)

First we head to The Meadow to catch Patrick Topping & Richy Ahmed. The Tyneside natives appear to be enjoying themselves and, whilst it’s not quite the DC10 terrace, we get that Paradise feelin’ as the Hot Creation’s pair play Traxman’s ‘Fuckin’ n Suckin’’. Their set does exactly what is required at this time in the schedule.

The rain that had been threatening all day arrives, and drives the crowds inside. Already there are more people inside the Meadow than at the peak of Sasha & Digweed last night. Temperatures soar inside, but this only adds to the atmosphere. Frenchman Agoria takes it all in his stride, and the music combined with the humidity manifests in raucous scenes. Oxia’s old favourite ‘Domino’ gets an airing. Soaked in sweat, we turn to face each other and exchange a knowing nod of approval.

Few people can work a Kent dancefloor better than local fav Rob Cockerton. Appearing here for the fourth consecutive year, the Abode resident continues right where Agoria left off. He treats us to tracks from his recent ‘Round My House’ EP. Time seems to pass-by in the wink of an eye, and soon Solomun and Adriatique line-up behind the decks. It’s the biggest set-clash headache of the weekend. We could leave for Capriati or Mind Against, but why would we leave now?!

Unanimously we decide to freshen up before Carl Cox starts. It is a decision we live to regret. Returning from the toilets we witness security slam the doors to the Meadow shut. The warehouse has reached its capacity. One-in, one-out. We’re not even close to the front of the queue. Do we wait? Or chance it elsewhere? We cut our losses and seek out an alternative. Next the Stables where Radio 1 resident George FitzGerald is holding court and laying on a groove laden set. He plays more downtempo – fitting the aesthetics of the festival’s most holistic arena – but there’s enough bursts of energy to keep the attention of the floor.

Wandering on some more we eavesdrop on several attendees voicing their frustrations at missing Coxy. A passing raver heading the opposite direction overhears, and tells us “yeah, don’t worry, ‘cos Dubfire is ‘avin’ it in there!” She’s not lying. Ali is belting out the kind of techno he has become synonymous with, pushing the soundsystem to its limits. It’s louder & crisper than earlier, and we join the rest of the Barn in pumping fists and having a good stomp. Banger after banger; it’s a relentless assault. We are left breathless by the end of his set. Garnier is lined-up to follow. It’s another tough call…

We head back into the furnace of the Meadow as Butch’s disco-edged Cassius remix pounds out. Nic & Coxy are now going back-to-back. People may have started to leave, but it’s a real carnival atmosphere inside as we close in on the finale. There are people on other people’s shoulders, on other people’s shoulders! The CO2 canons are given a one last release, a cloud engulfing the floor as ‘Big Love’ booms from the speakers. “I’ll see you in Ibiza for closing parties!” Cox giggles on the mic. Yes, my man, you certainly will! He ends on another classic: Jamiroquai’s ‘Space Cowboy’

The closing image of The Social is the two friends sharing a warm embrace. Afterall friendship is what the Social is built-on. This – like all the editions before it – has been a labour of love for Fanciulli & the people he surrounds himself with. Its very inception was spurred by a desire to give back to the community. A community which gave him a platform. Launched his career. A community which has taken him to their heart. The crowds disperse and all that is left is debris and the lingering smell of sweat. Even the headache of waiting for a taxi can’t put a downer on this feeling. A sense of pride. I don’t know if I’ve said it before, but, man, I love Maidstone! 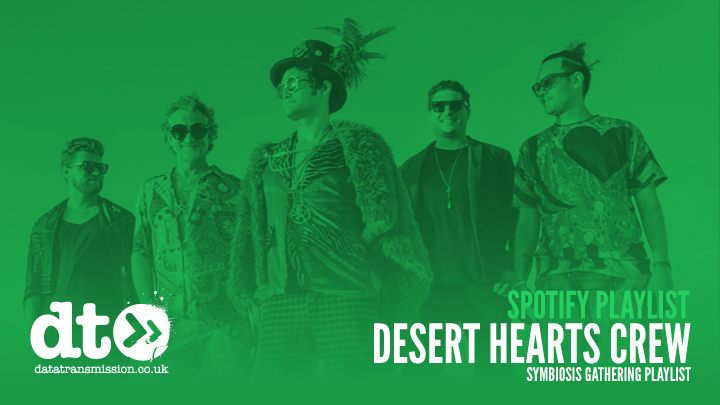