Legend has it that the Sea Dance Festival first began when ancient mariners organised a holy event before their departure to the seas in order to appease Neptune; to bring them protection against mythical creatures, good returns and a safe journey home. One such voyage saw the discovery of a heavenly island called Oatlantisvio; a place of equality and freedom.  Hundreds of generations later, the Sea Dance festival is renewed, creating a connection between the heavenly island and today’s civilisation: a force that blessed new relationships between people, evolved humanity’s consciousness, protected the earth and created a lasting peace and harmony in the world.

Montenegro’s history is inversely proportionate to its size; measuring just under 14,000km2, the small Balkan country has a long and rich backstory evident in its ancient monuments, churches and monasteries. After a narrow majority voted to dissolve the union with Serbia in 2006, there were worries that ethnic Serbs would strongly oppose this separation. However, a union of a different kind has formed between these two countries: EXIT Adventure; a unique package featuring Serbia’s Petrovaradian fortress brought to you by EXIT Festival, and the heavenly Jaz beach of historic city Budva, where Sea Dance returns for its second year.

As we descend upon the Sea Dance Festival of modern times; it’s not long before we understand why this youngster has earned itself the title of ‘Best European Mid-Sized Festival’ just after its debut year, a prestigious title earning it global acclaim. Helping to celebrate sister festival EXIT’s 15th birthday, the festival invites 110,000 music-lovers from all over Europe to immerse themselves in the four stages spread across the site. It begins with guns blazing, or rather, with a non-epileptic friendly display of fireworks to introduce The Prodigy’s show at the UKF main stage. Sea Dance acts as a gateway for the iconic, raging rave-group as tonight marks their first visit to Montenegro; offering locals and neighbouring residents the chance to experience this landmark event. With a back catalogue of six studio albums it was all they could do but cherry pick tracks they knew would send the audience berserk. Timeless tracks such as Voodoo People, Omen and, lest we forget, Firestarter made their way from the expanse of the faultless quality of the sound systems and into the gladly accepting ear cavities of the captivated audience. Meanwhile Slovenian artist Gramatik was spinning his feel-good blend of dubstep, electro and hip-hop; effortlessly wrapping up the first night of the festival with a severely high percentage of content punters.

As the thermometer reached the realms of the high thirties on the second day; sympathy could be felt for campers who, if not finding respite in the various pockets of shade throughout the festival, could’ve been found to have melted into a puddle of skin and molten bone. However, when the scene is set by idyllic beaches (skimpy Speedos were shamelessly out in force) and a view that’s worthy of a top-selling postcard, a dash of perspiration can be forgotten through a wild splash in the warm Adriatic sea for the largely twenty-something demographic. This also so happens to be the setting for the Dance Paradise stage, curated by The Sound You Need, where (Crew) Love was in the air as Nick Monaco delivered a suitable companion to the sunshine: a soulful set heavily tinged with house and disco. It came with difficulty to not continue dancing as PillowTalk maintained the atmosphere, offering up their epic Lullaby; the constant stream of claps and bassline providing a base rhythm for punters to move their feet to. A smooth transition was made as Soul Clap took to the decks, continuing the disco vibes with Gladys Knight and the Pips‘ I’ve Got To Use My Imagination before steering into the zone of house with DJ Sprinkles’ Crossfaderama remix of The Mole’s Lockdown Party, causing an eruption of hands being thrown into the air and scenes of shimmying.

Superstar Selectah could be heard blasting out a beat-heavy version of Eve and Gwen Stefani’s Let Me Blow Your Mind on the reggae stage before reaching the appeal of everyone within a 50m radius as he graced us with Beyonce and Jay Z’s Crazy In Love. Shortly after, Rudimental‘s DJ set was the cause of a mass sing-along to Bob Marley’s One Love. Drum and bass duo Sigma caused waves of jumping with global hit Nobody To Love and Changing. A 10 minute walk over to Dance Paradise welcomed Manchester-based hip hop producer Star Slinger, whose set was a selection of high-energy R&B flavoured house before running into Cajmere’s It’s Time For The Percolator. Two neon bikini-clad dancers shook what their mothers gave them on raised platforms opposite the stage, missing near-death as their heeled-feet kept up. Spirits were already high but it reached maximum levels when he dropped Whitney Houston’s Million Dollar Bill, but measuring more BPM and with hi-hat crashes to boot. Australian duo Flight Facilities carried on with their signature house and disco set. Punters opting for some pummelling techno they can lounge around to, Marcel Dettman’s b2b set with Ben Klock at Exit played from the Cinema stage set in front of a welcoming perimeter of grass, offering a breather for the weary festival goer. As temperatures dropped to critical coolness (so a Brit’s equivalent to a draughty room temperature), tech-fuelled drum and bass Dutch group Black Sun Empire performed face-melters like their metallic Dawn of a Dark Day. Tired bodies make their way to a comfortably-cool tent 50m round the corner, or in the direction of the festival shuttle bus (leading to nearby Slovenska Plaza Hotel) a mere 10 minute walk away, strolling past armed police grinning at the debauchery evident on their faces. 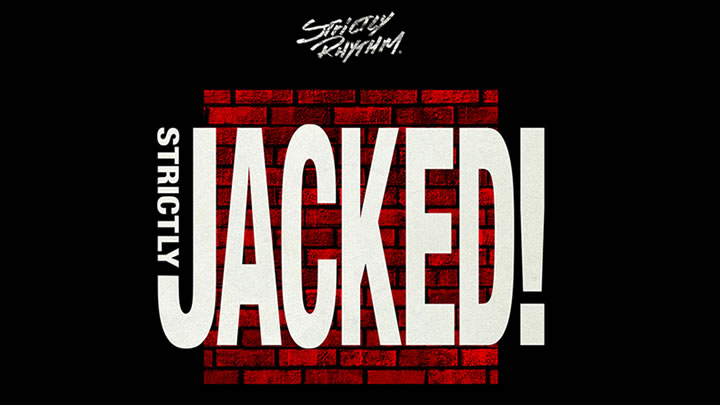