With the vast array of parties that always are on offer it sometimes makes the decision about which  to attend a very difficult one, however there was only one real stand out event worth going to this time around, this being HOME at Studio 338.

Those already familiar with the name will be aware that HOME started in 2014, as an annual celebration of the very finest musical output available. A long meandering session that takes place across several floors both outdoor and indoor. With the last two events headed by the one and only heroic Romanian trio and pioneers of dancefloor sensation, the RPR Soundsystem, the line-up was going to have to be big again to top what had gone previously. It did however certainly live up to the task.

I arrived in the spacious climes of Greenwich and reached the venue at roughly 16:00 and the first course of action was taking place in the open air car park. With the scent of street food on the air, a small crowd was already gathered in front of the small canvas aloft of the technics, CDJs and mixer where Nima Gorji and Lowris had both began the first of their three hours back to back. This is one of the key factors in the success of how the event had been put together, great programming and a full three hours to allow the DJs to express themselves and take the crowd on a real journey.

Although the weather was not blue skies, things had certainly started to heat up and Nima stood grinning dressed in a stripey vest probably didn’t feel that far from his now home of Ibiza, as the audience vibed off his early deep house offerings. He and the Parisian rarely play together, but this didn’t show. The contrasting figure of Lowris in a snapback and cool, calm and collected look took over the controls with perfect track selection to complement each other and set the tone with Romanian minimal techno such as Started by Vincentiulian from Raresh’s Metereze label. Despite our in South East London surroundings, we could have quite easily also been at Sunwaves festival, such was the Bucharest soul ebbing out of the system.

As the car park started to fill and the bar began to flow with drinks, the party raised a level, as Nima Gorji and Lowris started to draw for those records that get the hands raised and toes stepping with the likes of The Troublemaker by Archie Hamilton with its call to party sirens and infectious percussive groove upping the ante.

With the shimmering lights of the towers of the financial district in the background Barac then took the reins, the underground minimal hero wowing the crowd with a euphoric blend of atmospheric grooves. The venue was now at full capacity and fully uplifted by the driving mysterious tech grooves with smiles the order of the day from Barac all the way to the back.

Faint drops of rain started to come down and it was time to dash towards the famous Studio 338 terrace. For those that haven’t partied there before, as you make your way into the space, it is a sight to behold. With its large dancefloor and transparent roof, it has an open air feeling that can’t be found anywhere else in the city and has a touch of Space Ibiza terrace about it with the natural additions of hanging plants and greenery. Steps take you down into the middle of the dancefloor that creates a cauldron of intensity.

Concrete resident Cabanne was kicking things off, one of the most respected DJs to come out of France, he is a truly unique DJ and his distinct figure was creating the perfect vibe to open the terrace with feel good tunes such as Sense of Swing by Malin Genie on Oscilat Music calling the partisan crowd to the floor. The day turned into night and Cabanne moved up a gear with darker, moodier tunes like the deep, hypnotic no man can be one way you should see by Ion Ludwig to make things more raw and deep. It’s no surprise that the French scene pillar has been a favourite at the world renowned Get Perlonized parties at Panorama Bar for many years.

The terrace now at its electric best, Romanian youngster Praslea of RPR fame stepped up with some abrasive deep house that was met by the delight of the crowd, who were now at one with the dynamic sounds of his impeccable track selection that then moved effortlessly into captivating hypnotic rollers. His set just seemed to keep building, twisting, turning and roaming through different styles and took the frantic crowd with him, producing a story of quality underground sounds.

From here on in things got slightly more blurry. One thing I can report though is that pure magic was made under the London moonlight as Fumiya Tanaka took to the stage, with the glowing distinctive HOME backdrop behind him burning a dark orange. One of Japan’s most talented DJs, his experimental music and house grooves created a connection between all inside the room, the packed out spectators joined hands, arms aloft, clapping and cheering from the energy created by Tanaka’s rare blend of records. He closed out his set with a Face in the Crowd – DJ Assasin’s Intellidread mix with the room exploding with sheer delight and carnival like emotion, the crowd feeding off the searing bassline emitting out of the heavy Void sound system.

Closing out proceedings was Sonja Moonear, another favourite of the Perlon crew, she carried on where fellow techno stalwart Fumiya Tanaka left off and kept the congregation hooked to every vinyl that she produced from her overflowing crates. Moving into heavier tribal territory, Sonja created a more powerful ambience that took the terrace by the scruff of the neck into the final hours. This could have been the Amnesia terrace, with the frenzy and pace of this celebration of underground electronic music. From here on in the night turned into early morning and before we knew it the marathon had come to an end, with special moments again created at HOME that won’t be forgotten about for a long time.

HOME is not about superstar DJs, tunes of the moment, fashion or trend, but is about the coming together of like minds, the shared feeling of euphoria and love for the music. It always feels good to come HOME. Until next summer, or sooner…

5 Acts to check out at Epizode4 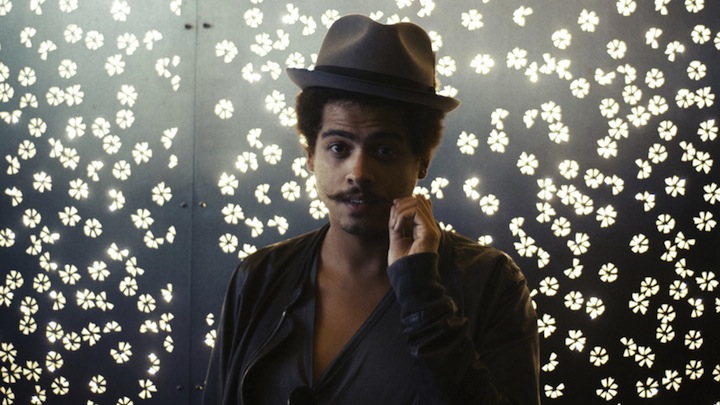