At not much bigger than a packet of swan vestas the UDJ6 has an impressive armory of features. Boasting six analog outputs capable of  24-bit 96 khz digital to analog conversion. Designed for use as a translator between your analog mixer and software it has no inputs and is bus powered so plug and play is fool proof.

On the front are 4 RCA outs for separating  decks A and B into two stereo channels to connect to your mixer, something that the similarly sized and priced NI audio 2 DJ lacked. And on the back is a ¼ “ jack for headphone monitoring and a usb output to connect to your laptop.

The only thing missing that could become a bit frustrating considering portability is the lack of physical volume control for which a midi controller would have to be mapped in order to utilize the control mix and cue volumes.

Verdict – If you have a midi controller with no soundcard and need something small sturdy and portable that will split your channels to separate outputs then the UDJ6 at £89 rrp is a great option. 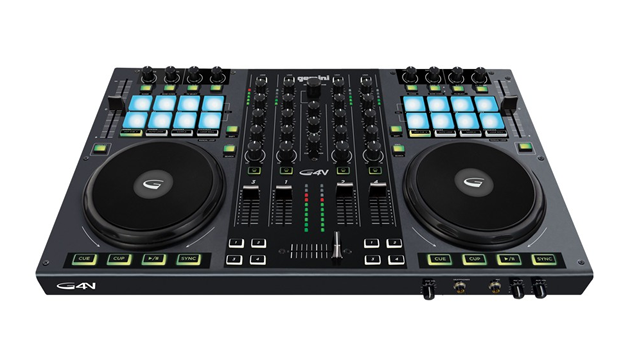