Located in the picturesque Amsterdamse Bos Park in the suburbs of Amsterdam, Dekmantel Festival held its fourth year of their thriving day event.  The brand has gone from strength to strength since they started putting on small events at intimate venues in 2007; they have flourished as a label since their first releases in 2009 and have gone on to gain a huge reputation for putting on one of the best dance festivals around.

A line-up brimming with talent, passionate organisers, a crowd that is determined to party and tickets that cost only €120 for three days, Dekmantel have their priorities in order, and it’s easy to see why they are becoming ever more popular, leaving people wanting so much more!

Strolling through the park on day one, we made our way amongst the hundreds of cyclists leading the way. Upon arrival, first impressions pleasantly surprised me: Entry within 5 minutes and sensible searches without the need to grope everybody’s crutch was welcoming. We were met with friendly people and helpful staff, amazing music topped off with the sun glistening over the whole festival, what more could I have asked for?

The festival consisted of the Main stage, UFO, Grolsch Selectors, Greenhouse & Boiler Room stages. In addition, they had the notorious Red Light Radio hosting guest mixes on all three days in the red cabin, shared with the merchandise shop. The music on offer came from all corners of the Globe, ranging from 1980’s Disco and House to present day Minimal Techno & Electro. Diverse presentation and décor around the festival gave every stage it’s own identity that assisted with the choice of genres being showcased by the DJs on each stage.

It would be easy for me to write an article about every set I saw as they were all so memorable, yet Ricardo Villalobos, Theo Parrish B2B Marcellus Pittman, DJ Harvey, Moodymann & Aroy Dee all played flawless sets on day one and instilled their energies into everyone in the crowd. Disco pioneer DJ Harvey opened the elegant Selectors stage, dropping many groovy classics and unheard releases under the beaming sun from within the enveloping trees around the stage. Moodymann erupted the sweltering Greenhouse dance floor with tracks such as ‘Liem- If Only’ & ‘Fred Wesley- House Party’ whilst pouring straight vodka from his rider to ecstatic members of the audience. Ricardo Villalobos did what he does best on the main stage, greeted with regular cheers and screams as he dropped minimal tech bangers into his deep set, taking us into the early evening. Aroy Dee then took centre stage in the Boiler Room, laying down charismatic tracks gravitating through an intriguing hour of dancing and drinking; I was impressed with this performance as I had little knowledge of his ability and style prior to his set and it blew me away! Theo Parrish then graced the Selectors stage B2B Marcellus Pittman with some hard-hitting techno, solid house grooves and a great selection of electro tracks. Dusk descended from beyond the willow tree and their set took us to the end of the day.

Crowds filtered out abruptly at 11pm as the music finished and a sea of mopeds and bikes retreated from the venue into the darkness. Day one was over and a lasting impression was left from an amazing first day at Amsterdamse Bos.

Day two started with some gloomy weather, yet alike the first day, by the time we had made it to the Bos, the sun had come out to play. We had arrived a bit later than Friday and were greeted with Midland taking to the decks on the main stage.  He played an exciting set diverging between Disco, House and Minimal techno before dropping his new release ‘Final Credits’, creating an explosion of energy and raised hands in the crowd as everybody got down to it.

We followed on from this by catching the second hour of Pender Street Steppers B2B Beautiful Swimmers at the Selectors Stage: What a groove! These guys absolutely smashed it! This was resembled by the response from the crowd, who could not get enough! Aux 88 came on at 4.30 in the Greenhouse and tore the place down with their dynamic live performance, mixing some classic Detroit Techno. Their live MCing engaged the crowd and enticed them to stay for the entirety of their set, as it seemed to remain a consistent mass of people getting down to Detroit!

Stockholm’s Samo DJ made his entrance to the Boiler room in the early evening with a selection of Acid House & Disco tracks with Young Marco following suit with the addition of some Funk & Soul grooves.

Tale of Us stepped up for the penultimate set of the day on the main stage and as expected, absolutely smashed it! Every time I see these guys they create a familiar bouncing atmosphere, which resonates throughout their performances. The German duo dropped ‘Stardust-Music Sounds Better With You’ which was a variation from the hard hitting tech kick drums that occupied a majority of their emotional  and deep set, almost surprising the crowd into an ecstatic state.

Finishing up the final few hours, I was fortunate enough to have the options of Dixon, Nina Kraviz, Donato Dozzy, Joey Anderson, The Black Madonna B2B Mike Servito & Daniel Avery; an extremely tough choice to pick a few sets so I skimmed between all of them. They are all great talents and really relate to their crowds’ needs, effortlessly supplying the goods! Energy and passion riddled these sets and as darkness fell, they created journeys into the night that only Dekmantel was capable of creating. Day two blew me away alike the first, and I could not wait for the final day of what had been a musical journey of discovery.

The final day had arrived and it was rejoice time at Dekmantel! Not only a celebration of the previous two days, continued, but also an additional sense of excitement buzzed around the Bos. Smiles and laughter were circulating the place as we walked through the entrance, with the line-up for the final day offering yet again more variation of talent. Moritz Von Oswald kicked off proceedings in the Greenhouse with an array of Techno & Dub. The Function-One loudspeakers were delivering a beautiful sonic clarity that was on par with its surroundings, greatly received by the packed crowds flowing in and out to experience what this Pioneer had to offer.

Palms Trax hit the main stage at 4pm to entertain the masses yet again, following on from his captivating Boiler Room set on the opening day. ‘Montego Bay- Everything (S-Tone mix)’ & ‘Kings Of Tomorrow- Fade II Black’ were two stand out tracks for me that hit the spot during an emphatic performance, as always!

I managed to catch the beginning of Fatima Yamaha following on from Palms Trax, who bought a selection of tracks from Electro to Detroit Techno. However, my main man Robert Hood stepped up in the UFO for a memorable performance and I this was something I’d been waiting for! My oh my does he know how to get a crowd going! The laser lights were darting around the tent whilst everybody locked in for a masterclass. Lyric Hood, his daughter and second half of Floorplan, looked on to witness her father working his magic. Everybody in attendance witnessed the euphoric atmosphere before the Detroit chords of ‘Floorplan- Never Grow Old’ descended and shifted the crowd into a different dimension; the place erupted! Energy poured from the first track to the very last and it was an overwhelming set for everyone.

Ben Klock’s Boiler Room in the early evening had techno flowing out of the shelter and the vibe was amazing! Hats were rolling and the woofers were hammering out the low end. Marcel Dettman was feeding the crowd in the UFO to an absolute treat of the same calibre, leaving me to switch between the two so that I could experience a bit of both.

The man himself, Motor City Drum Ensemble arrived at 9pm to finish proceedings on the main stage. I’ve been fortunate enough to experience him before, and this guy knows how to get everybody’s hips moving! His selection of disco, house, funk and soul tracks are astonishing and this was not a set to be missed. Tracks such as ‘Lapsley-Operator(He Doesn’t Call Me-DJ Koze extended disco version)’, ‘Logg-You’ve Got That Something’ & ‘Dwayne Jensen- My People (Disco Nights Mix)’ smashed the dance floor in a fitting finale for the 2016 Dekmantel Day Festival. The soul selector had yet again proven why he is one of the finest DJs on the planet.

I was overwhelmed by the amount of energetic and flawless performances I had seen during the festival. Every single DJ had given it their all, and the appreciation by the crowds was evident throughout. Dekmantel got it spot on in every aspect; this festival is a prime example of how to host a big event, with big names & performances, making big memories! Year-upon-year they are carving a huge reputation for throwing one of the best parties in Europe and from my experience this year; I would suggest this to absolutely everyone!

Pre-registration for 2017 is now available on their website and videos are now up online so I would suggest for everybody to check them out. Dekmantel, you did it big in 2016, thank you! 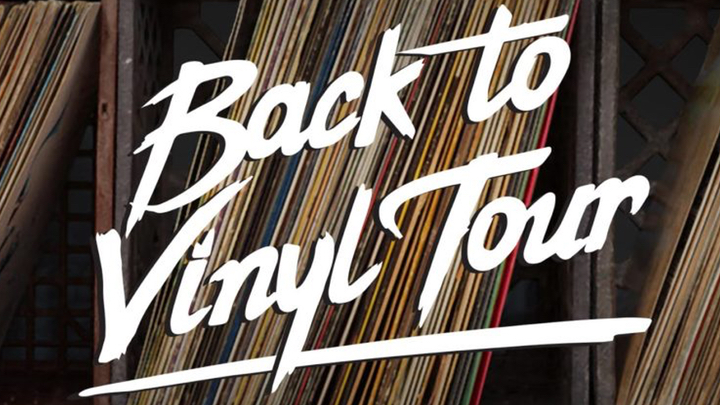