From li-lo parties to pop-up stages, House music legends to spontaneous back-to-backs, Defected Croatia had it all. Set in the popular Garden Resort, Tisno (home to a multitude of other festivals including Love International and Suncebeat), the house music mainstay ditched their Ibiza presence this year for an altogether different experience.

The Garden Resort is a wicked place for a festival; contained, affordable and even brewing it’s own craft beer that you can purchase from any of the site bars. There is no shortage of places to refuel between parties, whether you’re in the mood for steak and chips, chicken wraps or more cocktails to keep those limbs moving. Plus, proximity to the local town of Tisno offers partyers the chance to explore the beautiful local surroundings should things all get a bit too much.

For the dance music connoisseurs, there was a balanced and interesting line-up, Defected doing well to recruit the deeper, darker sounds of Berlin’s Keinemusik, Low Steppa’s Tech-heavy Simma Black imprint plus the Soul Heaven crew alongside the usual Defected, DFTD and Glitterbox suspects to curate a diverse range of sounds across the weekend.

Thursday kicked off with an opening party on the beach stage, giving fans the opportunity to embrace the weekend looking out across the beautiful Coast with sounds provided by a mix of Defected regulars Sam Divine, Franky Rizardo, Purple Disco Machine and guests FCL and Tube & Berger.

Soul Heaven took to the beach stage on the Friday with the likes of NYC’s Tommy Bones and Deep House don Atjazz laying on the deep and soulful house flavour nice and thick. Classics galore, with Bones spinning the likes of Crystal Waters ‘90s anthem ‘Gypsy Woman’ to help ease revelers into day two. The main stage was then treated to a stellar b2b set from Franky Rizardo and Sam Divine, throwing down some of the most insane drops the game has ever seen and gearing the crowd up for what was set to be a festival to remember, smashing out classics and edits left-right-and-centre, from Pete Heller’s ‘Big Love’ and Sanchez’s ‘Another Chance’ to Carnao Beats’s new rework of ‘2 People’. Felix from Basement Jaxx followed going harder and darker than expected with a thrilling two-hour performance culminating in true festival set style with Queen’s ‘Bohemian Rhapsody’, whilst he dished out free Sambuca shots to the crowd.

The main stage consistently saw prime House music royalty over the five days, recruiting Riva Starr for a Tech-heavy headline set on the Friday night, followed by fellow legends of the scene Roger Sanchez, Dennis Ferrer and Kenny Dope all gracing headline spots on each day across the festival.

There was an array of boat parties setting sail throughout the festival, hosted by popular labels including We Play House, Kittball, Simma Black and of course a dedicated Glitterbox one hosting Daddy Dunmore himself and Saturday evening we took to seas for the D-Vine Sounds boat party with Carnao Beats, Will Clarke and Sam Divine. The leading Defected lady expertly wooing the crowd with a solid mix of old school classics, current edits and garage anthems. Whipping out the likes of ‘Benediction’, ‘2 People’, Syrossian’s ‘Pushing On’ and her own mix of ‘Flowers’. Meanwhile, back at the beach, Data Transmission put on an afternoon of fun in the sun with Ron Mexico and his crew of Studioheist, Kai Alce, Joeski and friends.

Saturday night ended in the famous Barbarella’s, an open-air club that screams of the old Ibiza days. Defected filled the lineup with Peznt, Sam Divine, Joeski and Sandy Rivera for a night of chunky House bangers. Sam Divine (on her fourth and final set of the festival) ditched the party tunes of her previous set in favour of a darker flavour for the 1am – 3am crowd, nicely warming them up for Joeski who went in for two and half hours of raw House madness before Sandy Rivera took the reigns for the sunrise set, even treating everyone to one of his own classics – Kings of Tomorrow ‘Finally’.

Days rolling into one by this point, Sunday kicked off with Andy Daniell leading the way for the DFTD beach takeover, harnessing the skills of label alumni Lee Walker, Josh Butler, ANOTR, Sonny Fodera and Dario D’attis, with Defected’s tougher, techy offshoot breathing some life back into the party-goers for day four. The main stage hosted Dr Packer, Junior Jack and the legendary Roger Sanchez whilst elsewhere in the resort a secret pop-up stage emerged in the Olive Grove and a spontaneous li-lo party went down on the beach.  Sunday night’s festivities culminated in the Traxsource LIVE party at Barbarella’s, with Defected regulars Luke Solomon, Eli Escobar, Fred Everything and Honey Dijon providing the beats until the sun came up. Dijon, a welcome addition to the lineup, stole the show with a true NYC-tinged Jackin’ set, throwing in crowd-pleasers and even a Missy Elliott accapella to a delighted crowd.

Monday held the real madness as the festival drew to a close. The beach was filled with the moody sounds of Berlin’s Keinemusik crew, with David Mayer and &ME throwing down an epic extended 5 hour back-to-back session at the beach stage. Nightmares on Wax, Julio Bashmore and Kenny Dope held down the fort on the main stage, with Dope showcasing his versatility and spinning everything from Hardrive’s, Strictly Rhythm classic ‘Deep Inside’ to Pig & Dan’s no-nonsense Techno hit ‘Growler’. Meanwhile, things got loose on the Simma Black boat party, with Defected’s own Wez Saunders b2bing with Josh Butler, Low Steppa, Man Without A Clue and ANOTR in a set that will go down in history. The final night at Barbarella’s also holding a massive collective b2b with Dario D’attis, Simon Dunmore and crew, drawing five epic days to an even more epic close as the sun rose over the open-air club.

If you’re into your big drops, House music pioneers and classic House anthems then this is the one for you. Five days of House music mayhem with Dunmore and the gang, set against the backdrop of the beautiful Adriatic Coast and with more free Defected merchandise than you can shake a stick at. The first year didn’t fail to impress and you know the Defected gang will be back with a bigger, badder line-up in years to come.

Tags:
Previous Article
We Concur welcome KiNK to London
Next Article
Disciples gives us some ‘Daylight’

Volume 10 of Defected’s For The Love of House series
Grahame Farmer August 17, 2016

Volume 10 of Defected’s For The Love of House series 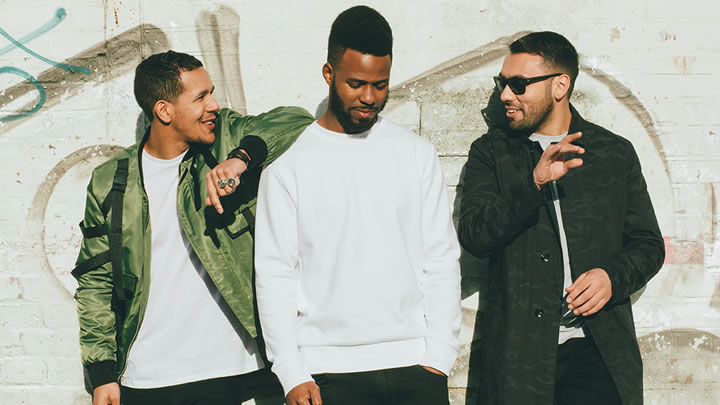