Butlins in Bognor Regis. A place that conjures images of family holidays and rainy disappointing school trips where the most fun was had on the backseat during the journey there. Not somewhere you would associate with cutting edge dance music and World class DJs? Well you would be wrong.

Bugged Out is one of the UK’s longest running club nights (around 22 years) and Bugged Out Weekender reflects its clubbing history and pedigree with a programme consisting of all the best in dance, techno and house music. Relatively new acts and established acts alike. The dance scene is pushing the boundaries like no other genre of late and the Weekender capture this.

Playing for her first time at Bugged Out Weekender DJ Barely Legal was one of the stand out new acts. Firstly warming up the crowd at the Beach House before playing the Centre stage later.

I’m only here for one night but looking forward to seeing Kurupt FM, they’re a little gimmicky but play really good tunes and sick garage so that will be good. I always enjoy watching DJ EZ. I have a lot of love for Hannah Wants too so I’ll catch her set. Groove Armada. I didn’t know they were playing tonight and that will be sick. Close One is another one I really rate of course I’ll be seeing me!”

This year should be big for Chloe with sets at festivals like Hideout and Lost and Found. She’s also planning on launching her own music label and throwing some big parties, “I want to do some parties. Something different and not just a rave. I’ve got some fun ideas in mind. Hopefully by the end of the year those will be popping”.

Over the weekend there were some immense sets and truly special moments. The title for set of the weekend would have to go to Catz ‘N Dogs. They played an hour and 45 min set that would of felt perfectly at home in techno mecca Berghian of Berlin. Sumptuous pulsating techno bringing the crowd up and down. It was truly a master class in how to DJ and manage the audience. It even inspired a few people to take their tops off.

A slew of other notable moments of the weekend came from Skream’s “secret” evening set next to Burger King. Forsaking their Whoppers, people streamed into a room next to the fast food chain and upon entering it was abundantly clear why. Skream was on the decks (which were covered by a huge old iPod installation) and had the room rocking. He later went onto to do the same on the Centre stage with Jackmaster, Armand Van Helden, Eats Everything and AME following suit.

Groove Armada, Heidi, Bicep, Jasper James, DJ Barely Legal and many many others also excelled and held the jubilant revellers in the palm of their hands. Bugged Out Weekender is a fast paced and action packed few days. From the get go you have pre parties in chalets, amazing artists playing every night. Super fun pool parties during the afternoon, amazing DJs playing at little spots inside the Sky Pavilion and Relentless Beach House before amazing headline acts, Artwork’s Art House and after parties turn into the next day and then you go again. You may need a few days off work the following week but it’s worth it.

Rounding off the weekend was another BOW newcomer and all round nice guy Jasper James. Fresh from playing his weekly residency in Phonox Brixton, the Glaswegian star (and Jackmaster’s flat mate) took to Reds and showed why the masses turn up to see him every week.

“Friday I had the night off so caught up on some much needed sleep, watched some tv, watched some celebrity big brother! Saturday I was at Phonox which was actually really good. It was one in one out by about 1am. I had my friend Josh down from Glasgow who was DJing with me for the first time there. It was wicked and I really enjoyed it. Now I’m at Bugged Out and hopefully will have a good set tonight.

This is my first time, I only got here a few hours ago. I’ve heard all about Butlins and had good reports about last year from Jack and others who have been raving about it for years, so wanted to see what all the fuss was about.

I’m on after Artwork so hopefully will catch the last bit of his set, then The Black Madonna is on after me, then Bicep so I’ll hang about till the end. To be honest I don’t know what I’m going to play till I walk into the room and assess the situation really. I’ve got a rough idea what I want to play. I was planning on going a bit deep but people might want party tunes so until I arrive I won’t really know. I just play tunes that I like really and try to play that at the right times in the right situations. I guess that’s being a DJ though isn’t!?”

Tickets compared to other weekend festivals abroad with this calibre of acts are reasonable and include entry and accommodation from shared chalets to plush hotels. Plus the Redcoats have been exiled for the weekend like crimson clad lepers so don’t worry about those fun enforcers. You might see them walking about town all dishevelled and hapless. Don’t make eye contact. They’ll feed off your jubilation like ravenous nosferatu.

Other activities on offer beside night time revelry include the sub tropical fun at the Splash World, bar Rosso, Skyline stage, bowling alley, rave karaoke and The Beach House. Plus Burger King and Papa Johns for any evening snacks and hung over treats throughout the day.

So as you may have guessed we can’t think of many better ways to start the year than a jaunt to the Bugged Out Weekender. Unless you’re fortunate enough have snagged a trip to BPM in Mexico you won’t see a line up as impressive anywhere else in January. Yes, Mexico might be sunnier and have better beaches but what it lacks in palm trees Bognor makes up for in convenience, price and sheer fun. Those willing to brave the cold are bonded like brothers in arms and the atmosphere and people are something special. As the gold confetti exploded over the crowd as Kerri Chandlers set came to an end on Sunday night/Monday morning you knew you had been part of something fantastic.

So what are you waiting for? Bognor 2017 beckons. 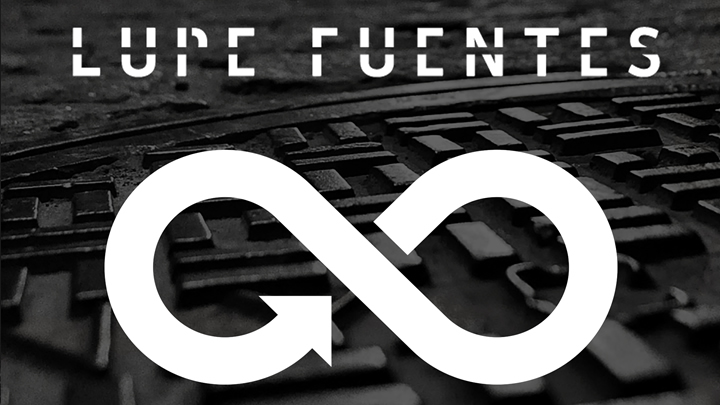