Nestled between the Universiy of Sussex and University of Brighton’s student accommodation on the South Downs of Sussex, the location was also a stone’s throw from the Amex Stadium; home to Brighton & Hove Albion Football Club. The line-up consisted of a mixture of DJ sets and live performances from an array of successful artists and DJs across four stages. Three local established clubbing institutions (Concorde 2, Patterns & The Arch) partnered up with Elrow, Mixmag and LWE to bring three contrasting stages in addition to the Boundary Bandstand, perched on the hill overlooking the festival.

First impressions seemed good, as a steady stream of people made their way through the woodland to the site: entry was organised and efficient, the clouds above seemed to be holding off, staff were friendly and the place was starting to fill up. I delved into the LWE stage to catch the end of Mr Bongo Soundsystem… Severe disappoint descended – I was met with an absolutely awful quality of sound as an overwhelming low end rumble drowned out the set, which was equally as dissatisfying as the low volume that accompanied this.

Quickly moving on, I worked my way around the site to try and enjoy a better quality of music consumption… I did not achieve this. Now I’m not one to criticise unnecessarily, especially as sound engineers have a complex job, but the sound throughout was completely amateur and everyone seemed to be in agreement. How could you draft in a line-up of big perfomers to then fail with the quality of sound that is being outputted? It was a very bad first impression and seemed to overshadow the enjoyment I was intending on having. Nevertheless, I continued to try and ignore it and went on to endulge myself in sets from Submotion Orchestra, Jackmaster, Toni Varga, Gentlemens Dub Club & Solardo. This lightened the spirit as these guys worked to get their crowds dancing. They fed the energies and executed their flawless performances. One of the highlights of the afternoon was Toni Varga in the Patterns x LWE stage dropping ‘Liberty City- If You Really Love Someone (The Murk Groove)’.

I sat up by the food stands eating pizza as the evening descended, when Krafty Kuts & A.Skillz took to the Boundary Bandstand stage to smash up the place. A set infused with Bass and Break-Beat bangers followed, as they supplied the goods to a crowd enveloped in the moment. It was the first time I’d seen these two live, and I think it’s fair to say that they deserved the responses they were getting, evidently enjoying themselves.

The evening for me was occupied by sets from Tom Trago, Seth Troxler, Gerd Janson, Toni Varga, Joy Orbison & Richy Ahmed. I switched between the Elrow & LWE stages for the sets by this rich list of House & Techno masters. Everyone got down and made the most of the last few hours; treated by the talent all the above had to offer. The array of fluorescent inflatables and props at the Elrow stage were impressive as always, and although the crowds flocked towards the main stage for Craig David TS5 performance, I finished off the day from within the warmth of the LWE stage as Joy Orbison did the rounds and ended Boundary on a high.

The evening led me to become optimistic that maybe next year, Boundary Brighton will put right the sound problems and propel themselves to the level expected when accommodating for such big names. The day was enjoyable however, the organization was very good, the names on the bill were varied but it worked, also queuing for drinks wasn’t an issue, therefore they laid a foundation to work off of and improve on for next year. I’m sure that a wider selection of alcohol would be greatly appreciated also.

Overall, they introduced themselves to a standard that could lead to big things, but initially, the basics need to be in place to make it a complete success.  Lastly, go check out ‘Mr Wilson’s Second Liners’ as this live street band got everyone jumping and grabbing their phones to get a video; they’re great live perfomers who were marching round the site all day performing variations of styles and genres in their colourful attire.

Tags:
Previous Article
506 – Charlotte de Witte
Next Article
12 tracks to get you ready for Annie Mac’s London All Day Rave 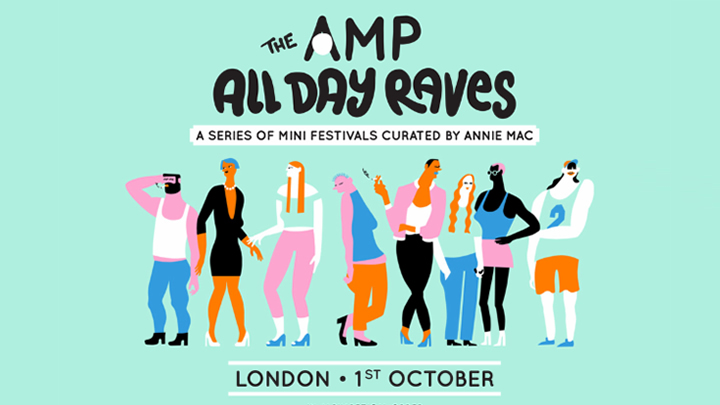