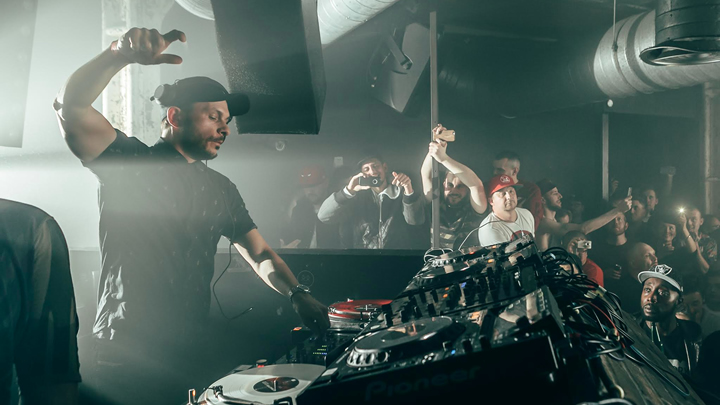 It’s the penultimate night of Andy C’s residency at XOYO, with his final night booked as an all-nighter, this is the final evening we’re lucky enough to be treated to the Ram Records boss as well as special guests. Tonight we’re going out with a big one, joining Andy C tonight are two heavyweight Drum & Bass artists who between them have over 30 years invested in the scene, Dillinja and Audio, this promises to be one to remember.
Not announced on the original bill online, Unknown Error takes to the decks in the main room which hots up quickly, in the space of about five minutes the floor goes from a few early ravers to a heavy crowd. This hard-hitting start sets the tone for the evening as the tempo continues to rise with each set that follows.

Next to jump on is one of Drum and Bass’s heroes, the legend: Dillinja. Revered as a true old school pioneer, Dillinja plays homage to himself shortly into his set when he drops ‘Twist Em Out’, arguably his biggest track, before he hones in on some proper Jungle beats. There were no bones about it, this one was for the heads, if you know then you know. 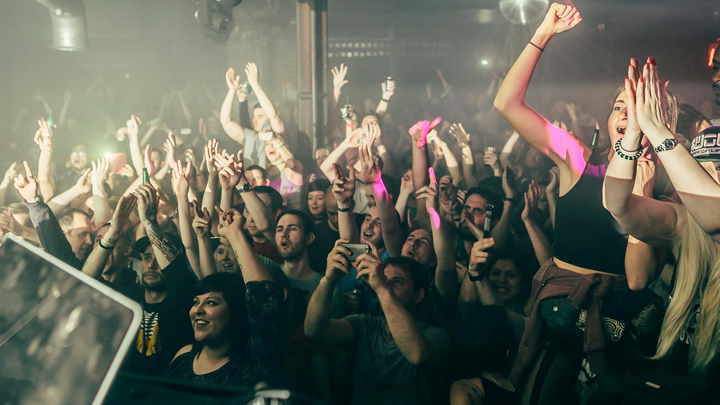 The difference that it makes when a crowd really commit themselves to a set or DJ is noticeable at the best of times, particularly so tonight, as every single person just let themselves be at one with what was coming out of the speaker stacks. It may sound pretentious but really it was just an accurate representation of a scene that has stuck together over the years, and it shows.

Dillinja continues in the same vein as he started, by unleashing Shy FX’s ‘Original Nuttah’. The track weaves its way onto the dancefloor and explodes, infecting everyone in the place with some insane jungle fever, I was left holding on to anything I could as the room goes in hard. Moving his way expertly between Jungle and D&B, Dillinja brings in the comeback of 2017 so far: Pendulum, by dropping ‘Tarantula’ which gets everyone skanking with its reggae twisted start before the track and crowd launch into full assault mode. The time for the big man Andy C is almost upon us, but not before we get one last slice of gold, the ever addictive ‘Mr. Happy’. 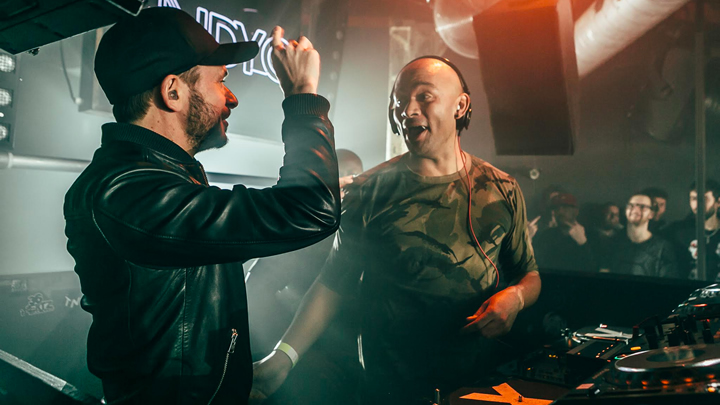 Cometh the hour, cometh the man, Andy C steps up to the decks, cap down low, focussed as anything. He notches the intensity up another level as tracks seamlessly melt into one another, almost so that before you know it a different tune is playing before you realise anything is happening. With MC Tonn Piper ripping and flowing over the bass heavy beats, the night felt like a throwback to dark basements with huge sound systems, with Piper making sure the room stayed dark anytime the lighting crew felt like being adventurous.

Looking around me on the tightly packed dancefloor I see ravers and clubbers of different ages united as a celebratory collective, showing their love and appreciation for Jungle and Drum & Bass. That was it, no prejudices or ‘you don’t belong here stares’ from the younger ravers or older heads, just admiration for the absolute scenes as Andy C and co. laid waste to XOYO, what more could you ask for? 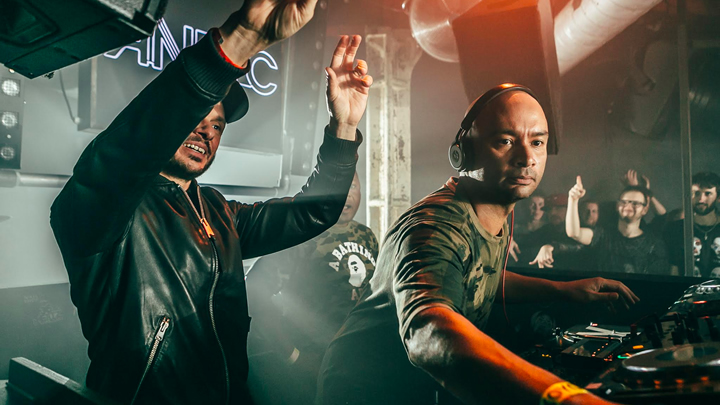 We’re met by numerous bangers, notably with Dillinja’s classic ‘The Angels Fell’, deep dark subs lurking amidst the Blade Runner sampling track. Later on in the night we get another slice of Dillinja, on the more aggressive track ‘How Dare You’ which beats my eardrums as if they were actual kick drums. Slipping between all variants of Drum and Bass, Andy C orchestrates the dancefloor with some style, it’s little wonder that XOYO’s first ever D&B residency has been a huge success with the Ram Records boss at the helm. For the second time in the evening ‘Original Nuttah’ gets dropped, going off even bigger and better than last time, if possible.

With a rousing applause Andy C gracefully steps down from the decks, handing over control to old school head Audio, who brings his dark funk Drum & Bass to the Old Street basement. When the night finishes, around half four, many punters look dismayed that home is calling, for others there’s still a few hours to go yet, but as we exit the door smiles cement themselves onto everyone’s faces as we know we’ve just witnessed something special. 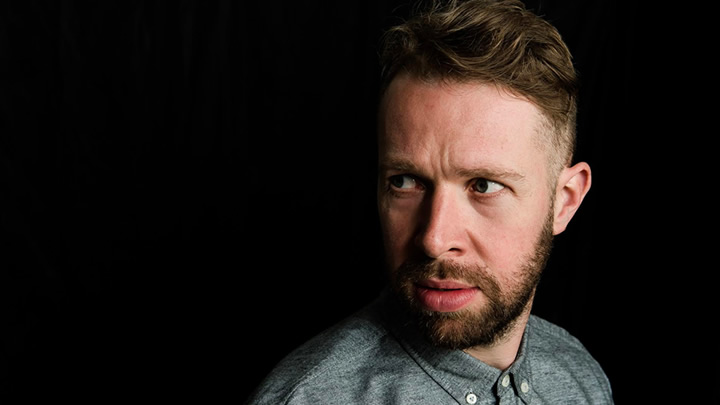