It’s a dank, sombre June, even by British “summertime’s” abysmally low standards. My mood is compounded by the fact that it is a Monday. However most pivotal to my flagging enthusiasm is the seemingly endless Whatsapp group notifications coming from friends in Amsterdam. And the theme is pretty consistent: Adam Beyer just smashed Awakenings Festival! A few days later, and little has changed. The weather still leaves much to be desired. Beyer, however, is still subject to much discussion in our group chat. Other friends – this time basking in the Adriatic sun at Hideout – gush about his performance the night before. The plaudits are plentiful and unanimous: the Drumcode boss is a DJ in a rich vein of form, and a man who’s demand is very much justified. “FOMO” has never felt more appropriate, and a quick glance at the forecast for the next week alludes to more grey skies. There is a ray of sunshine on the horizon though. And it comes in the form of an Adam Beyer B2B Ida Engberg All Night Long at London’s Ministry of Sound on 16th July.

The special one-off is a collaborative effort between the Swedes’ camp & London party-throwers LWE. It is an existing relationship which has served both parties well. Their Halloween parties at the LWE-exclusive, Grade II listed Tobacco Dock event space has run for the past six years, and is now considered a permanent fixture in the clubbing calendar. In late August 2015, when Adam went to celebrate 5 years of Drumcode radio, they hooked-up again, with the label & their alumni broadcasting live from London’s Mode Club.

June rolls on-and-on. But finally, July arrives, along with an overdue heatwave. Excitement levels are at fever pitch. Typically, though, I’m running late. In addition, my driver doesn’t fill me with confidence, insisting that the road layouts in Elephant & Castle have changed since he was last here. Great (!) We’re lost. I’m beginning to wonder if I’ll make it. Suddenly our surroundings look familiar. We pass The Coronet. We’re close.

The queue outside MoS Club is four or five people thick, and snakes around either end of Gaunt Street like a two-headed serpent. Even scenes here on flagship nights like Defected NYE are modest by comparison. I approach the guestlist entrance and give my name to the girl holding a clipboard.

Ducking into the venue, I am greeted by all female VIVa Music duo Anek laying down some serious grooves in the 103 room. It’s already very busy, and considering the number of hopefuls still waiting outside it’s certain that some will be left disappointed. If this room is busy, nothing prepares me for the baptism of fire in the next. As I navigate through the padded corridor the heat strikes me like a furnace!

The Box is heaving, and the energy is palpable. I’m shoulder-to-shoulder with the guy next to me, and the person next to him. The rear of the room is a bottleneck; the main thoroughfare for people coming-and-going. I squeeze up tight against the lighting booth wall to allow people to pass. Space is a valuable – and rare – commodity. Fortunately there are only high spirits and positive vibes. I meander to the front where there is a little more room. Red lasers illuminate my passage, the crowd reaching out for them. In the thick of the dancefloor I catch a breeze emanating from a nearby exit. As quickly as it comes, it vanishes again. I take a chug of water. Reaching the front I find a good vantage point. Engberg is spinning some particularly filthy basslines. Beyer – not to be outdone – compliments her with more euphoric selections.

The back-to-back format is one which has mutated into grotesque proportions in recent times – now there are events which are dedicated entirely to the format. It was inevitable, I suppose. But increasingly 2 mismatched DJs, with different styles are crowbarred together as part of a “never seen before” spectacle. This isn’t how it should be. It’s become a gimmick. A marketing tool. There are exceptions, of course: Apollonia, J.E.S.u.S, La Familia, the Black Madonna & Mike Servito to name a few. But Beyer & Engberg together behind the decks represents something truly unique – the betrothed DJ double-act.

More than just a professional tag team. They’re a family. And the chemistry between them is abundant. Not merely peers, but best friends. Tour buddies. Compatriots. Lovers. Behind the decks husband and wife fed off each other as the dancefloor pulsates below them. They are regularly referred to as the Techno Power Couple. They have three children together, all girls. They’ve been performing together since 2009. The unity grew organically, it never felt fabricated to sell tickets (or column inches). Even their first back-to-back set was an impromptu affair. Adam had refused to jump-off following a marathon set and ran into Ida’s allotted slot. They compromised and ended up playing together. The rest is history. There was a physical attraction, naturally, but also a mutual bond over their shared love of electronic music. Lest we forget that this was the couple whose first-steps into married life were celebrating their nuptials in techno mecca Berghain.

In need of some respite I seek shelter from the wreckage of the main room with a visit to the smoking area. Not for a cigarette on this occasion, but instead to catch a lungful of the clean night air. Bodies litter the floor. Some look in danger of failing to see this through to the early hours. It could be mistaken for a warzone. Stewards instruct a mixed group to get to their feet.

Back in the 103 and there’s room to dance; the air less stuffy. I grab a much needed refreshment from the bar. The Solardo boys – arguably the most inform production duo in house right now – are offering an alternate soundtrack to the antics next door. A set which bursts with feel-good music. Ninetoes’ 2013 smash ‘Finder’ is mixed into Mark Knight & Funkagenda’s remix of ‘Man With The Red Face’ and the discerning crowd lap-up it up. I’m tempted to stay, but, having sufficiently rehydrated and composed myself, the allure of the main room is too strong an offer to turn down. And afterall, I’m here for the King & Queen…

Beyer & Engberg have built the momentum perfectly as we head towards the thrilling conclusion. They belt out recent Drumcode favourites from Jel Ford, Alan Fitzpatrick and Dense & Pika. The night reaches climax as Monte’s reverb-heavy ‘Radical’ drops. The Box is electric! This is what it’s all about! The best sound system in the country – all too-often reserved for EDM acts – is finally being given a good airing by some thoroughbred techno heavyweights. It’s a joy to behold.

The phone alarm I neglected to turn off wakes me at 10am. And it’s sobering. I’ve been in bed under two hours; asleep for less. In a gin-induced daze I fumble to locate it and switch it off, before collapsing back into the duvet. In the moment before I fall back asleep I recall the night before, how Adam & Ida had claimed the Box. I smile wryly to myself. It had ended prematurely, as most great nights do. And all I have to look forward to for the next few hours is shallow, interrupted sleep and a bitter hangover. If I’m lucky I may catch an appetite before Sunday is out. But it’s okay. It’s okay because the seventh edition of Drumcode Halloween at Tobacco Dock has already been announced, and we can do it all over again on Saturday 29th October. 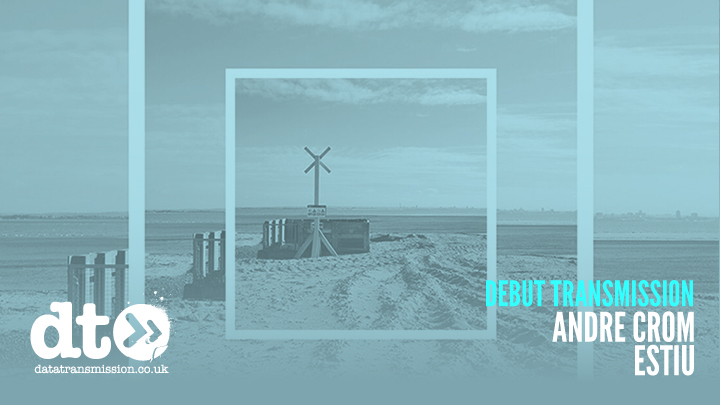