Am I right in thinking they’ve a pretty zero-tolerance policy attitude towards dugs too? How does that change the dynamics of where you’re playing? Or does it make a difference at all?

The law in Japan is very strict on drugs, but don’t think that means there is no drugs. Everything exists in Tokyo – when I say everything, I mean everything. That is all I will really say about that. I am not “anti-drug” or anything like that, but I don’t know enough about them to talk about it really. I am a music guy, I can mostly talk about music related things.

Did you get to play in many clubs such as Womb etc over there? What was your favourite moment as a DJ over there?

Yes – I played Womb several times. I played all the major clubs there, like UNIT, Yellow – RIP – and Air. I played often at ageHa in the pool area. I mostly played a lot of really great small clubs that are lesser known, but much more representative of the cutting edge of Japanese club culture than the super clubs that are internationally known. I am very lucky to have a great booking agent there, Shinya Suzuki, who booked me into some fantastic places all over Japan. I got to play many small cities, and travel to areas such as Okinawa and Kyushu. My favourite moments in Japan as a DJ might be from Nagisa Festival, or perhaps at the small after-hours “Rock West”, mostly because I was surrounded by people I really love there. One of my very favourite experiences was an impromptu, hour long, jam session at Metro, in Kyoto, with my hometown friend Mathew Jonson and resident Ryoma Sasaki, for the few people left after we were all done our sets. I don’t care so much about huge crowds, I am more interested in authentic connections to music and quality experiences.

Cool. How did living over there change how you view house music? Or did it have any sort of profound effect on you in that sense?

Certainly it verified for me that “house is a language spoken and understood by all!” It profoundly affected my life, and that, in turn, deeply affected my music.

Was it a relief to get back to Canada in the end? Are the climates similar?

Actually, the climates of Tokyo and Vancouver are similarly mild, but Tokyo is way more humid in the summer. It wasn’t a “relief” to go back to Canada, it was just time. I had been there nearly a decade. I wanted my children to experience some of their Canadian culture growing up too. Both Canada and Japan have their challenges for me. I am perpetually homesick for one or the other.

How are you finding being home then? Are you enjoying it?

Just living day by day, trying to make good music and perform better and better as a DJ. I love being around my life-long friends and my family.  Being back in Canada led to the creation of my RF label, so I am trying hard to make the most of my life and art, wherever I am.

You really seem to have hit a musical purple patch of late. Can you give us a bit of an insight into the production process behind ‘Call the Sun’? How long it took, the story behind it etc?

Truth be told, the “Watershed Edit” is closer to the origin of the track. I notice that some of the press around this release are mistaking “Watershed” for an artist, but actually that is just my name for that version of the track. It’s named after the Bui Watershed as the sample in that track was recorded in Bui Village, Ghana, by photographer Devin Tepleski, on location with an archaeological team from the University of Victoria. The village, along with neighbouring villages, was soon after displaced by the building of a hydro-electric dam, on the Black Volta river. My very good friend in Detroit, Derrick Thompson, wanted to include the track on a vinyl release for his label, Soiree, but wasn’t totally feeling the vocal, so that edit, sans vocals, became the “original vinyl version” since it was released first.

And the remixers – how did you settle on those guys in the first place?

Amir Alexander is a like-minded artist from Chicago, who is really doing excellent work. We have been in communication for a while, and I was always thinking to have him remix something for RF. I found him through his track “Gutter Flex”, and since then we have become well-acquainted. Max Ulis is a local Vancouver producer, who has a very strong regional following, and we share a lot of the same tastes and became “music friends” since I moved here. He is known more as a “Bass Music” artist, but has been really doing a lot of killer music in the realms of house/techno lately. His project “Sabota” is worth peeping, for sure.

What’s really exciting you in your career like never before right now?

The RF label of course! It’s a real labour of love. I am excited to create it exactly how I want, from the artwork, to the remixes, and the presentation of the releases. It’s not designed to be huge or popular at all, in fact, I am trying not to consider the amount of sales as a factor, as much as possible, which is making it very enjoyable. It’s DIY to the core. I am blurring the lines between house, techno, and hip-hop production, and really trying to create some truly unique work. I am actively attempting to ignore trends. I am really cutting down on the amount of labels I am working with, and starting to really carve out my own little niche on my own terms. It may not be the biggest thing happening, but it’s authentic, and I am really into it. RF is truly the sound of my real life experience, for whoever is interested.

And what else can we expect from you and the label over the next while?

I have a lot of releases in various stages of readiness to fire out over the next year. Re-releases of my strongest back catalog, with new mastering and remixes, from RF allies like Samuel L. Session, Nubian Mindz, Myles Serge, Dan Shake, and Mark Archer (of Altern 8/Nexus 21) and, of course, a lot of brand new material. Also, interesting video content, and unique release art work, mostly focused on actual, physical art pieces, created by artists like Erik Van Kobra from Wolf/Sheep Arthouse, Hans Fear aka Ghost (RIP), and myself. Make no mistake, I’m on a mission.

Rennie Foster’s Perimeter Abstract is out now via Thoughtless 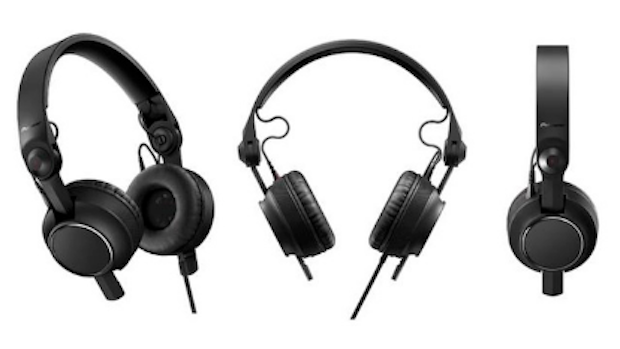