Russian producer Rekord 61 first came to our attention recently thanks to his work at his own Konstruktiv label, most notably the cracking Polyus EP, which came primed with a magnificent remix from techno golden boy, Perc. And on his latest, Vostok, he successfully turns up the heat with an acid-inspired workout that’s tailor-made for the night’s darker and more deranged moments.

The original offers an early case in point. A groover of some distinction, its bottom end is hollowed out by a slew of shuffling percussion and a distinctive melody line that brings a real sense of poignancy to the table. By the time the intensity is racked up a notch, it’s really got us moving, making it the prime sort of track for Spencer Parker to remix.

The man himself been in fine fettle of late, and his ‘Workmix’ is a considered take on the original. Fuelled by emotive chords and enchanting acid lines, it sticks to the script but does so in a manner that’s entirely in keeping with Parker’s own likeliness for similar tropes. The EP is then rounded off with Rekord 61’s ‘Razbeg’, a discerning and haunting slice of Berghain-style techno that’s not for the feint of heart. This is simply racking stuff from all parties involved. 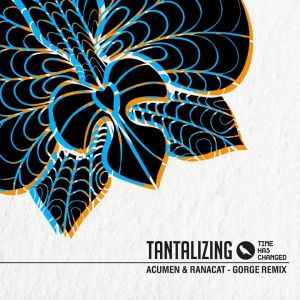