If you’re not lucky enough to be sunning it up, poolside in Ibiza right now, then fear not – Toolroom have you covered. The label’s Poolside compilation series returns to the White Isle for its latest edition, bringing the sound of the Spanish summer to the rest of world. Featuring 40 tracks from the likes of Fatboy Slim, ODESZA, Bob Sinclair, Lane 8, Claude VonStroke, Aeroplane, Jade Blue, Sharam Jey and one of our favourite Debut Transmission’s of last week: Made By Pete Feat. Penny F –  ‘Our Story (Long And Harris Remix)’, the new Poolside Ibiza is set to be the best yet.

2015 sees the mix beautifully constructed by two of the biggest DJs in the field, Autograf and Kolombo. But merely listening to the pair’s fantastic selection isn’t enough for Data Transmission; we want to know the why! What makes this music so special? Why are they perfect for a pool party?

Well we reckon there’s nobody better to ask than Autograf themselves. Thus, directly from the U.S. of A., we have a run down of a few of the guy’s personal favourites from Poolside Ibiza. Let’s hope they don’t put us out of a job…

We’ve been following Lane 8 and Patrick Baker for as long as we’ve existed as a group, which isn’t very long. We first discovered Patrick Baker for his cuts on some Satin Jackets tracks, another group that inspired us to start the Autograf project. Patrick’s vocals are as sexy as a guy’s voice can be while still keeping your cool. We liked him so much that we hit him up on Soundcloud (yes people, that works) to drop some vocals on one of our forthcoming originals. Keep an eye out for that.

Matt Simons – Catch & Release (Deepend Remix)
This remix from our buddies Deepend is a puppy dog aimlessly skipping around without a thought or care in the world. It’s an easy summer day meant to be enjoyed for what it is – just feeling good vibes.

Mash – Cold September
As much as we enjoy summer, sometimes we yearn for that ‘Cold September’ which Mash embodies so well on this tune. Everyone longs for a carefree summer day, but there’s something more meaningful about getting all emotional while crawling into a ball and rolling around in the leaves with a chilling breeze over your head. It’s a frightening reminder that the cold autumn nights and foreboding winter mountains are around the corner. This song really makes you feel alive.

The Griswolds – Beware The Dog (Autograf Remix)
This is still a Poolside Ibiza mix, so let’s leave the Cold September, bring out our live vibraphone and get back to summer paradise. We’ve been performing this remix we did for The Griswolds in all of our live sets. It’s a fun one to jam out to on the vibes.

Going Deeper – Phaeton
With an artist name as bold as ‘Going Deeper’, you best be really deep. It’s the perfect track to take this daytime pool party to the club. It’s where all your poolside day dreams and fantasies take a life of their own and become realities as day turns to night.

Poolside Ibiza is out now via Toolroom Records, grab your copy here. 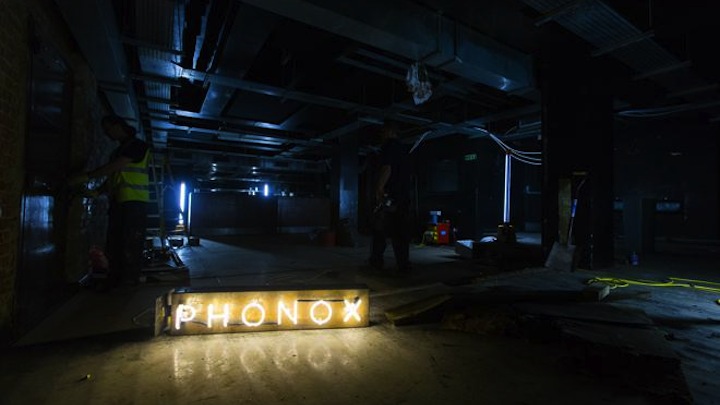