Having cut his teeth with labels such as Error Broadcast, Leisure System, Car Crash Set, Civil Music, and his own imprint, Hyperboloid, the talented Russian producer, Pixelord, returns for his second outing on Canadian label Infinite Machine for his newest release.

With artwork echoing an updated version of the famed pictorials that graced Warp’s Artificial Intelligence series of the early 90s, the Russian producer’s Polygon Fane EEP (the extra ‘E’ standing for an additional extended) definitely  shows that the innovative beatsmith is one of IDM’s ‘heir apparent’s’.

He isn’t inherently glitchy or profane or chin strokey as the pioneers of intelligent techno were, however. What he does do though, is play with currently in-vogue genres, imbuing them with different memes and ideas than are the norm – much like what the Warpers and their ilk did with the popular dance music genres back in their day.

On Polygon Fane we see Pixelord flirting with approximations of; Objecty grimey garage on the extremely satisfying opening number Oasis; braindance techno muzak that sounds like someone doing the cleaning in another room on DSL Dreamcorp; deranged, bubbly Sheffield Bleep dancefloor x 4 bass music on Videobar; a welcome return to melodically inclined, modern incarnation IDM, drill’n’bass-grime-dubstep on Tumblr Girl; the pseudo 80s cheese, but brilliantly different footwork of the titular Polygon Fane, and the oxymoronic technicolour greyscale Burial-esq skippy dubstep of closer Answers (you’ll get what I mean when you hear it….i think!).

Despite journeying through many different styles the music is all very cogent and fits together very nicely, although one may argue that he hasn’t really dished up a statement of intent, more a tasting menu that although technically brilliant, can never truly satisfy like a well-thought out complete plate can. The sound palette is not particularly varied – but then it doesn’t really have to be when you flip up your style and tempos so much- with most of the synth and drum tones leaning towards the crisper, more colourful and bright end of the mostly synthetic audio spectrum. His insistence in sticking to those sounds throughout his career thus far for one, shows that the man has a handle on what his sound is and what it is about, and for two, said sounds serve as a nice contrast to the many reactionary moody ‘deep’ numbers that are currently poking their heads up above the parapet in all forms of modern dance music at moment.

As intimated his IDM/Electronica influences are clearly on show, but he doesn’t wear them too apparently on his sleeve to be judged as derivative. He is a clearly talented producer, who has a technically excellent grasp on music tech, and he is clearly melodically inclined as well, which is a massive plus if you want to actually break ground and actually make an emotional impact with your audience. But there is just something that doesn’t quite click and make all of the promise, potential and melting pot of ideas tick the box that truly marks someone out as something special. At points it sometimes seems as if the producer himself is mentally ticking off boxes of memes and ideas that he wants to include in the tunes rather than letting them do their own thing; grime stab here, deep chord there, Cactus reference here, indulgent weirdness here etc etc – I just wish the package was a bit more focused.

All things said though, I do really like this EP, which comes bundled with four remixes from the excellent Infinite Machine stable – it is challenging and rewarding at the same time and is bursting with well-executed ideas that are delivered with melodic clout and aplomb and I am only critical because of the huge amount of potential I can see. I am really looking forward to hearing what the man comes up with next and hope that the record 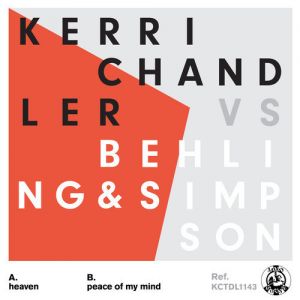