Phil Kieran: Blinded By The Sun

In a world of carefully crafted press releases, micromanaged social media accounts and bland media friendly sound bites, talking to Phil Kieran is a breath of fresh air. “It’s important to me as an artist to have some weight to my music, I want to produce something that’s a little bit more than just a funky groove” the Belfast man begins. “I guess I’m a little bit different to a lot of other electronic producers in that regard as my music takes a lot of influence from outside of the realms of what’s considered dance music. Perhaps that’s why I feel the way I do about it. I’ve always had a kind of punk/post punk  attitude in regards to my productions and I hope you can hear that when you listen to them.”

And hear it we can. Having introduced himself to the international community at large in the early noughties with a series of  blistering productions for the some of the world’s most respected underground labels, Phil’s name has long been synonymous with quality music within discerning circles, even if his earlier work didn’t get the mainstream recognition it deserved due to promotional issues. That’s something he plans to rectify with the release of his new full length, Blinded By The Sun for Jamie Jones’ all conquering Hot Creations imprint.  “I released an album as Le Carousel before on my own label and it was an absolute disaster financially” the smiling Irishman tells us candidly. “Thus I had no desire to go through that process again. I realized I probably needed more muscle in getting my music heard and so working with Jamie, who I’ve been friends with for a number of years, seemed an obvious choice.”

So what went wrong last time out? Well, musically nothing. Le Carousel’s eponymous debut LP for PKR picked up plaudits from pretty much a who’s who of electronic music. “I was power hosing my back garden one day when Andrew Weatherall rang me, praising the album as one of the best things he’d ever heard” Phil chuckles. “And I was giddily like “Fucking hell, Andrew Weatherall really likes my album!” before realising that I had to get back to the power washing and that I still was absolutely skint!”

Preceded by the release of politicized opening single, Make A Change, Blinded By The Sun aims to connect with listeners on a deeper level than other albums within the same musical space; guiding the more intuitive listener through the world as Kieran sees it one sonic musing at a time.  “The single was very much a political statement,” he explains. “I don’t really like shallow dance music and feel it’s good for the scene for records to send a positive message; to try to empower people. People can achieve more than they know. If you listen to the music of Talking Heads or Depeche Mode, you can’t help but be inspired and I think there’s no reason why current electronic music can’t be the same.

“The single is for everyone and it was important for me to get that message of inclusivity across. I was in a taxi last week and the driver started ranting about the homeless, refugees and other vulnerable groups. I had to tell him that I thought he was wrong. We need to stop ignoring the ignorant. I think if you’re in that type of situation then it’s important to open up a dialogue with the person and explain to them why they’re wrong.”

“It feels more and more like the world we’re living in is becoming one of extremes and the single is my reaction to that. If you look at the rise Donald Trump and people like him, it is worrying. I grew up in Northern Ireland so understand why people want to sit on the fence and not say anything, as it’s usually the easiest option. But if we don’t find our voice as the moderate, considerate majority then we’ll continue to allow society to be dictated to by the ill informed and the unpleasant and I think we all deserve better than that.“

Very much the artist’s artist, that Kieran would have such courage in his convictions will come as little surprise to those familiar with his music, which being both passionate and thought provoking, serves as a stark contrast to some of the more shadowy recesses of the industry and those who lurk within it.  “Of course I get frustrated with dance music being so business like these days…” he laments. “ It is upsetting when you see people treating their work like a business endeavor rather than an art. It’s probably most pronounced when you look at clubbing or festivals. The likes of Fabric and Panorama Bar are a dying breed; we need more spaces that see beyond profit margins and put on nights and book artists because they genuinely want to support interesting new music. Going back to what I was saying about punk, techno and house used to be the same. It was crazy, rebellious counter culture music and so its sad to see it being used purely as a money making machine.”

Having established we share many of his concerns about the soul of electronic music, talk turns to the future. “I’ve been working on new material as Le Carousel for the last three years,” he tells an excited DT. “So that’ll be ready for release shortly after the arrival of Blinded By The Sun. Outside of my work in the studio I love DJing and so will hopefully continue to play wherever they want me!”

Having seen him work the decks at a special night in Panorama Bar alongside Dense & Pika and Scuba, we were left in no doubt that the former Shine resident will be in high demand for the foreseeable future. Until next time Phil! 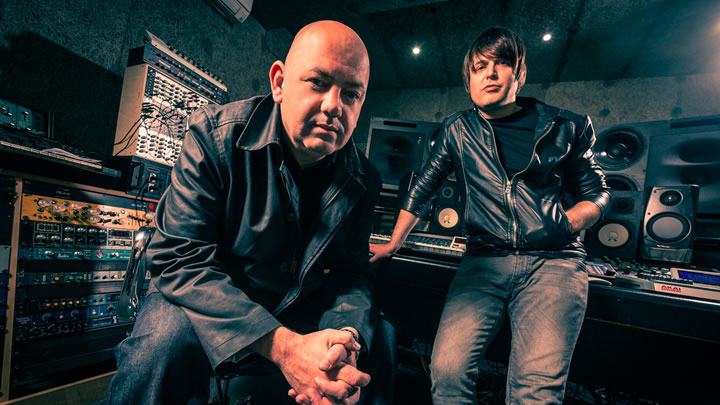