Israeli-born producer, Guy J, met with us to talk about the release of his new compilation for Balance,Balance Presents Guy J. The compilation’s 13 tracks, spanning nearly 80 minutes, have all been remixed by the man himself,  who in recent times has become one of scene legend John Digweed’s most treasured artists on the Bedrock label. He’s created a very inviting and warming mix that pulls its listeners along on a journey. Initially intended for a home listen, the mix experiments with some very ethereal sounds. All in all, a magnificent exploration of techno and house/deep house and one we were keen to find out more about.

So your compilation for Balance came out recently, I’d imagine you’re feeling quite relieved to take a back seat?

Yeah, it’s amazing man. I’m very happy to be working with the Balance team and very happy with the mix but I’m even more excited for people to hear it.

So what’s life been like since you hooked up with John Digweed back in 2007? I imagine he’s been a very important figure in your life.

You know, working with John, it opened a lot of doors for me and John was really supporting what I do and gave me a lot of tips so I was lucky to get to know him. I was very influenced by him before I met him so to meet him in person and to see who he is as a person was amazing. I learned a lot from him during our time together.

You run your own sub-label Lost & Found under Bedrock how has that been progressing?

Very good.  We’ve had very good reactions. I mean sales-wise it’s difficult obviously. But it is the same for everyone and so far the feedback  we’ve been getting from DJs across the world has been great. I believe in the music we’re putting out, I believe the music we’re producing is very good as if I didn’t, what would be the point? We have a nice contrast as I’m getting to work with emerging artists that are just starting their careers as well  as some very familiar artists who I’ve been fans of for a  long time. It’s been an amazing experience to work with so many talented people and I’ve been enjoying my time on the project greatly.

In your early career you seemed to have a heavy interest in trance and progressive house, but more recently you’ve been leaning towards techno and  a deeper strain of house. Do the sounds of your fledgling productions still have a substantial influence on your music?

Yeah, like you said I was very influenced in my early career but with trance it’s hard to believe what’s going on within that scene today today. I don’t really recognize trance  as it currently sounds, it so different from what was meant by using the term trance ten years ago and  and I’ve not kept up to date with that scene. My style has progressed and evolved over the years in a similar way to my taste in music, it’s important for more not to limit myself to one specific genre or set of sounds. As with all musical development and productions, you have inspirations and influences, if you look at my Balance compilation for example, I  did take aspects of the atmospheric nature of trance as I wanted to create a journey which started low and would then build using the sediments of several different genres to build a coherent mix.

I think with a compilation and mix CD it’s your job to create a soundtrack for a journey in which the listener tells the story. I guess it is more part of  journey  than the journey itself  – depending on where you are listening to it and how you are feeling then it will take on  different meanings and have a different story behind it. So I think  when making a compilation you just give just certain elements rather than a personal story. When a person listens to it, he builds a story in his mind. It all depends in what mood you are and if it’s a good mix then it will heighten your atmosphere if you are in a good mood or if your angry or sad or confused  then hopefully it’ll help you change that mood towards a more positive frame of mind..

I had three tracks before I made the rest of the album already. The Pavel’s [Petrov], Echomen’s and Guy Mantzur’s track and then I started to build around it. I had a picture in my mind of what I wanted to do so I just made a lot of music and I picked out the best that  I could which I felt made sense together.

You mentioned that you consider the compilation a journey so  I’d imagine it’d be hard for you to pick out an individual track that stands out but was there any particular work on the album that particularly resonates with you as an artist?

I don’t think it’s better than the others, but I think the intro track, DJ Yellow & Flowers and Sea Creatures – ‘No One Gets Left Behind ’  is a special track for me in the context of what I was trying to achieve. I wasn’t sure if it was a good one to start a CD, but now I’m really happy I did as I think this track really a makes a statement as to what I’m trying to do with this mix as it’s an unusual way start dance compilation.So, I love it, it is a special track for me now. 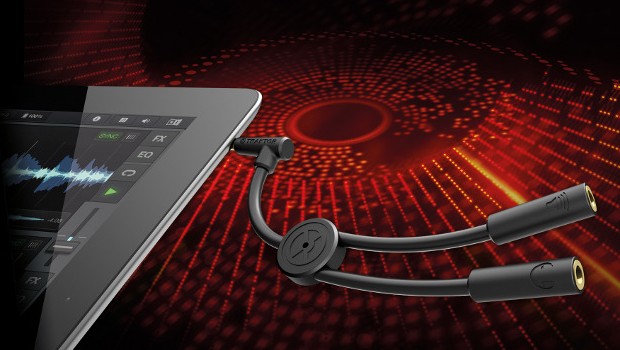