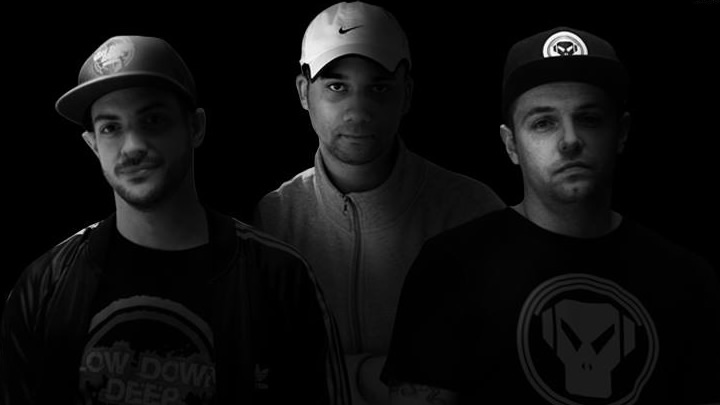 Even if you haven’t heard of Kings of the Rollers before, there’s a good chance you’re at least familiar with its comprising members. Serum, Voltage and Bladerunner are all well-established producers and DJs, known most commonly for making cutting-edge dance music at 170BPM.

Serum and Bladerunner first started working together several years ago, before they realised Voltage also aligned with their artistic visions. With the D&B scene heading in several different directions, the trio found similarities by fusing rolling tracks with classic jungle elements.

Having spent time together in the studio, they first joined to play last year for a set on the internet radio station Rough Tempo. With this receiving praise from the heads who listened, it followed naturally that they started playing more often.

After catching them at Hospitality in the Park last year, we’ve been soaking up as much as we can of Kings of Rollers and with releases already on Hospital in 2018, this is going to be a big year for them.