There are few names more revered than Dave Angel when it comes to techno. In a time when the word legend gets thrown around referring to anyone vaguely involved in the formative years of the scene, Dave is one of the few names genuinely deserving of that status.  Born the son of a Jazz musician and elder brother to British hip-hop artist Monie Love, Dave’s path in music came to the fore during the explosion of acid house in London, back in the late 80’s and twenty years on his role in the development of electronic music in the UK cannot be overstated.

Not one to rest on his laurels, Dave big plans for the rest of 2016, lining up not one but two new records for Los Angeles based imprint Halocyan Records. So with his the first part of his ‘Incoming’ EP in our heads and on our playlists and his next release er.. incoming, we  asked Dave to take a look back at his rise to stardom, at the people and  moments that made him the man he is today. So without further ado, DT is proud to present 5 Steps with Dave Angel.

My father was a session Jazz musician and this was his first and foremost way of providing for our family. He was incredibly talented and had a skill for reading a piece of music and translating it for the session recording in one take. This kind of skill takes many years of practice, so when my father wasn’t working he would be at home practicing his scales a lot. Music always fascinated me and I wanted to be a part of it so, so much. My father would have various instruments lying around the house, but I was drawn to his Congo drums and I must have been about 6 years old when I started playing. It became a way of life and I practiced at every opportunity. I was lucky enough to have a drum set in the music block at school where you would often find me practicing way after the rest of the kids had gone home, but my father wasn’t happy about this which prompted me to ask for my own drum kit. So at the age of 8 years old, I received my very first drum kit. It was a second hand Ludwig and I remember it very well. Without my father I might never have been in the music business so I am truly grateful for his introduction.

Phaze One Radio was a pirate radio station in the center of Brixton during the late 80’s, ran by an entrepreneur who went by the name of Mendoza and whilst this dude had his fingers in literally everything I still really liked him. I kept pestering him for a spot on his radio station and months went by without hearing anything back from him, but I persevered until one day he just said “ok, make me a demo tape”. So I went home, dug deep into my vast record collection, made a demo and submitted it to him. Two weeks went by before I got the call I was waiting for and he asked me how would I feel about doing the 4-6am graveyard slot. Me being me, I immediately said “yeah that would be wicked”. So I did the show and after about two months doing this most unsociable time slot, Mendoza came back to me and said he liked the show and asked how would I feel about doing a 2-4pm afternoon slot! I was over the moon! The station went on to become a major part of the early acid house days and hosted the likes of Fabio, Grooverider, Booker T and Funky D to name a few. This played a critical part in my early DJ career.

The Birth Of My Son

Being a carefree 23 year old DJing on the radio and loving life, I was getting gigs here and there, but then I found out I was to be a father. I started to spend a lot of time in the studio, either paying for sessions or hanging out and getting a feel for things and learning all I could about production. At this point I knew music, like my father before me, would be my choice of career to support my family and Daine was the one who woke me up to this. Being a father was my drive to become successful and make my son proud.

Not being able to have access to a professional studio at that time, meant I used the most basic equipment, which was 2 turntables (one had pitch and the other didn’t), an amplifier that only played mono with one speaker, a toy Casio keyboard, a record collection and 2 cassette decks. I set about experimenting and so cut two of the same beats together with rows every 32 bars and recorded that onto a cassette deck until it ran for 5 minutes. I then played back what I had just recorded from deck one and recorded that again into another cassette deck whilst playing a live bassline over the top on a keyboard for the whole duration of the 5 minutes. It was a pretty basic multi-tracking method, but hey, you got to do what you got to do! After searching through my record collection I came across ‘Sweet Dreams’, mixed it through over the top of my backing track and it just seemed to work.

I used to buy a lot of records from Black Market Records in London and I knew the owner Steve Jervier, so I went to him, played him the track and he really liked it. I said to Steve “Can I borrow £500 as I want to press 500 white labels?” and to my amazement he said yes. So I got a list of all the record shops in London and the surrounding counties, borrowed my Mother-in-law’s shopping trolley and filled it up with about 100 records, then went round all the shops to sell them! Some took 5 copies on ‘sale or return’ and some took 10. RCA Records who were the owners of the original version Eurythmics ‘Sweet Dreams’ got to hear about it and some people said they were going to sue me but I responded with “What can they do, take my record collection?”

The label then called me in for a meeting, and I was introduced to Dave Dorrell who eventually went on to become my manager. Dave Stuart from Eurythmics was really happy the track had gone back into the bedroom, as this is how it had originally been created in the first place. This was my first introduction to being a professional recording artist and you can imagine how I felt when we went to re-record my remix in a professional SSL studio!

At the time, I was doing work for Outer Rhythm Records and a good friend of mine, Bryan Gee worked at the label. I was working on a project called ‘Rolling Thunder’ and Bryan told me that Renaat from R&S Records came in to their office one day whilst they were playing my music and he said he’d heard of me and loved my sound.

Once Bryan told me this, we arranged a meeting and I went over to Belgium. That’s how the bond was formed. From that time I had the opportunity to work with some amazing people in my early career, such as CJ Bolland, Marcus from Outlander, Joey Beltram, Cisco from The Advent, Juan Atkins… the list goes on. We all became really good friends, plus Renaat and Sabine’s passion and love helped me so much, which in turn helped me start my own label Rotation Records.

The first volume of Dave Angel’s two part ‘Incoming’ EP series is out now on Halocyan Records. Stream it below and keep an eye part two! 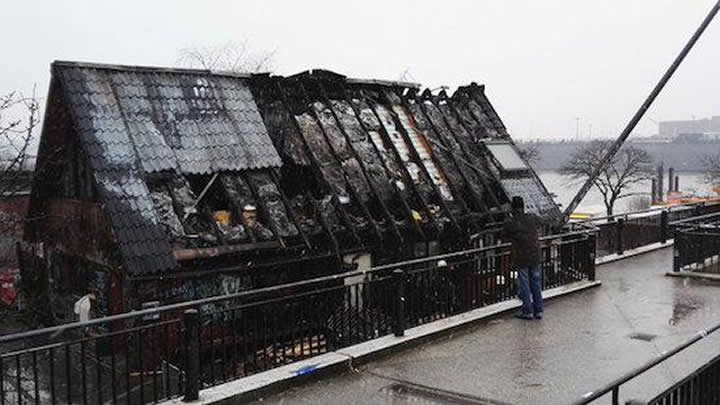