The Red Bull Music Academy Tour have been bringing together luminaries and budding beatmakers since 1998. The world being their playground, they have taken the academy to the bright shiny lights of Tokyo, New York, Barcelona and our very own London. Selected artists of all kinds of specialities are selected to attend lectures (the type you won’t be tempted to sit at the back and fall asleep at) and knock heads together in a custom-fitted studio complex.

The RBMA UK tour is a spin-off of the annual workshop and festival and its programmes of events draws on the cities’ cultural heritage; those cities being Glasgow, Bristol, London and Manchester. There are exhibitions, a studio science workshop from Royce Da 5’9″ and DJ Premier, local flavoured shindigs featuring the likes of Zed Bias and Illum Sphere, and a wall-shaking techno line-up at Sankeys hosting Detroit’s Derrick May and Birmingham’s Surgeon, joined by newcomers on the scene Happa and Acre.

However, it was in the unassuming basement dive club, South, that housed a guest that hadn’t stepped foot in Manchester since 2012. First launched by the promotions manager of the Hacienda, this venue wouldn’t have seemed like the first choice for such proceedings but with roots deeply planted in Manchester’s history, it fitted the ethos for this weekend. Alex Omar Smith, better known as Omar S, is the father of records influenced by Chicago house and Motor City techno who’s developed a sound that stretches from the delicately quaint to the pounding and unrelenting. Releasing material almost exclusively on his own FXHE Records imprint, the nature of his productions mean they are habitually anticipated; how couldn’t you look forward to the unpredictable from this man?

Providing support is RBMA Academy alumnus Doc Daneeka and Mancunian promoters Meat Free, who have built themselves a reputation for answering the wishes of keen-eared music lovers by inviting revered artists such as Legowelt, Tama Sumo and Ben Sims to their rainy city. Their own sets are ones to be noticed too, with Lady Blacktronika‘s house-tinged Sample Di Poison’s taps of hi-hats dictating the sway of club goers, before giving the night a sharp turn towards the thundering techno of timeless track, Underground Resistance‘s Timeline; much to the elation of the crowd, who’ve dutifully lighted up an internal spark and appear to have braced themselves for the remainder of the night.

When Omar S takes to the decks, he adopts his recognisable nonchalant expression and sets forth to play the type of set that might be slow to start, but the build-up of which creates a palpable electricity evident in the faces of the audience. He adds in his own production The Shit Baby which accelerates the night into a raucous affair; its upbeat, deeply infectious piano keys compelling a punter to high five Omar S, cracking out a grin on his previously ice-cool visage. Part of his appeal is his use of old-school sounds and drum machines, and La Petite Mort of this track rolls on and cements spirits up high as the sultry notes of Omar S’ S.E.X causes swaying of a different kind on the dance-floor. He then takes the night back to a time when disco was thriving; lending his set a playful ending, brimming with soulful numbers. Omar S displayed choices that were effortlessly selected, as expected from a seasoned player, and like a tender, loving partner; caters to the audiences’ needs but never takes it too far, delivering gems they didn’t even know they wanted. Don’t leave it three years until your next visit, agreed, Alex? 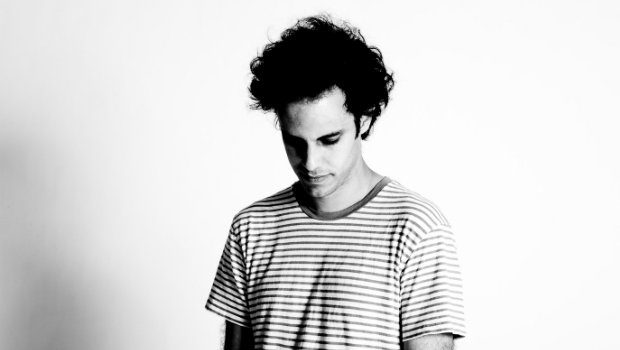