Back in May, DKN wowed us with his entry mix for our Nozstock DJ Competition, earning himself a spot on the Data Transmission stage alongside drum & bass heavyweights, Dillinja, Octo Pi and Ed Rush & Optical. Now Nozstock has come and gone (and was thoroughly enjoyed in the process), so we thought it about time we caught up with the young upstart to find out where he’s headed next.

Stealing away for a chat on his lunch break – don’t go thinking DJs don’t have ‘real’ jobs too – DKN relaxes quickly into what happens to be his first ever interview. The kid’s a natural! He’s clearly still pumped about his Nozstock debut. “It was absolutely unreal, the crowd were crazy,” he enthuses. Admitting he was initially nervous about which direction to take his set in, DKN explains how it was the festival-goers who unwittingly had the final say. “We were driving down and I had a few tunes in my head that I wanted to play, and I was like, I dunno if I’m going in too heavy,” he says. “We got there on the Friday and we went to the stage at about 7 o’clock and the guy was playing ‘Whip Slap’ by Dimension; I was like, right there’s no point going light here.”

“The crowd knew their stuff about drum & bass,” DKN continues. “It’s obviously a mixed bag at festivals and stuff, you don’t know whether you’re gonna have to play sort of, lighter, festival tunes, but the heads were there.” (Listen to his set here).

Nozstock wasn’t this DJ’s first rodeo however; a Brighton local, he’s already supported RAM favourite Wilkinson at Audio, plus the likes of Cyantific and Spectrasoul around the South Coast hub, despite only first picking up the craft six years ago. DKN recalls the journey started with a trip to Woolworths (now there’s a blast from the past) around 2001, “I saw a Jungle Massive CD, liked the artwork and I thought, I’ll buy this,” he starts, “it had old Lemon D and Mickey Finn stuff on it. Then got a couple of Breakbeat Kaos albums and never looked back.” His love affair with drum & bass finally developed into a full blown romance after he started to hit the clubs, explains DKN, citing the Hospitality nights at Matter as a particular influence. “You just catch the DJs playing and you’re just like, this looks like great fun, [so I] bought a couple of cheap decks.”

These days, the natural next step for any DJ is to branch out into production, and DKN is no different. “I’ve been toying with it for the past year and half. I’m still not ready to put anything out just yet, but I’m sitting on a few tunes,” he says. “A while back I was talking to Dimension and he eloquently put it: ‘Production is a Pandora’s Box of stress and anger.’ It couldn’t be more appropriate.” Despite the ease of access to DAWs and the like, it takes more than the ability to operate a computer to make good music (we’re not sure EDM got the memo), but DKN understands this and is willing to go the distance. “I’m learning music theory as I go along,” he tells us, and was pleased when one of his demos was likened to the work of Makoto.

For now though, DKN has his sights set on getting his name out there, creating a buzz, and ultimately getting more bookings. Nozstock has given him a taste, and he’s hungry for more. And, although he may be a relatively new recruit to the drum & bass soldiers, we’re confident DKN will get his fill.

Check out our Mix of the Day from DKN below, and check out his Facebook to stay up to date with this exciting new artist.

Mix of the Day: DKN 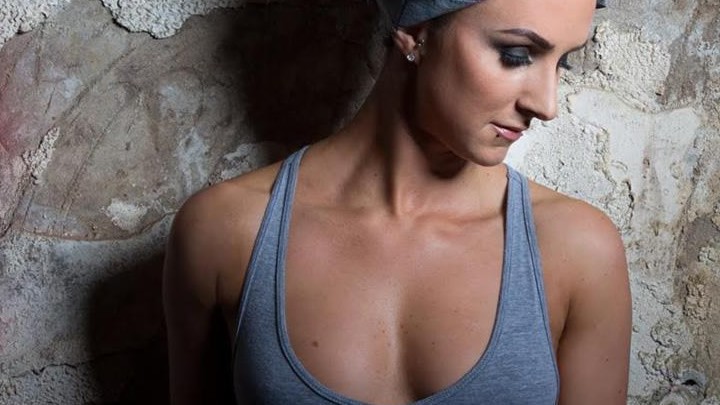