Nastia: “That’s my job and that’s how it works with me.”

Overtly passionate and determined, Ukrainian DJ Nastia has a clear understanding of who she is and where she wants to go. Refreshingly focused on being a DJ and refusing to relent to the pressure of appeasing promoters with productions, her single-mindedness has helped her carve out a reputation as one of the most respected techno DJs on the underground scene. Her ability to fuse many divergent styles into show-stealing sets has all too often been the marker of her continued residency at the almost mythically acclaimed Arma17 club in Moscow. When DT spoke to her whilst on tour in South America she was typically straight talking and defiant whilst also talking candidly about her personal life and what it is like to be a Ukrainian resident of a Russian club right now. If you don’t already love this feisty DJ, you sure will after this!

You clearly see yourself as a DJ, not a producer. Why did you want to focus on the DJing side so much?

Because I feel it! For example, if you are in school and you prefer literature, geography and history but not mathematics, physics or informatics. Is that strange? You can’t do anything with it. You just do what you like and what you feel.

Listen, as I told you, I don’t wanna jump over the level I am able to. I don’t wanna force myself and put pressure on myself about making music because of today’s climate. I feel good and am satisfied with what I have. Of course I have ambitions, but again – I am just a DJ and quite a successful one. I travel around the world having only released one record and having my own label. The thing is, a producer is not a DJ, it’s two totally different professions and not so many people can really combine. So I don’t like to pretend to be a producer when I am not. People love the way I play, the way I create energy and atmosphere at the club, they have fun with me and they are happy at the end of the party. I make them dance and smile – that’s my job and that’s how it works with me.

Cool. Where was your first residency? What did that residency teach you as a performer?

It was many years ago. At the end of 2005. I was playing at my friend’s club. A residency teaches you to build your set and be ready for everything. Also the greatest thing of a residency is that you look for new music everyday, because you get bored of what you play every weekend at the same place usually for the same visitors. So it motivates you even more. Sometimes I meet better residents than invited artists.

How would you describe your ARMA17 residency? What does it mean to you to play there and how would you rate it against other clubs that you play?

You know, Arma17 is not a place anymore, all that remains are the people behind it. As you know, the place they were based in doesn’t exist anymore; Arma17 is now having a break and moving to another place right now. But generally it is the best club I’ve ever seen and been to. It has the hugest and nicest community. It’s not just a music club. It’s an art space, place for experiments, exhibitions, and installations. It’s the most impressive point in our industry for me. High level. And any time I go there I feel I am doing something special. I did so many experiments for myself over there, I learned a lot and grew up as an artist. I think Arma is a big step for me, always.

As a Ukrainian who has a residency in an acclaimed Russian club, I would be interested to know what you make of the recent political clashes between the two countries?

I have to tell you it’s quite difficult for me. Psychologically. But because Arma17 is my second home – I don’t care about politics. I cannot say about any other Russian clubs, but if I would have a request to go to play somewhere in Russia – I would do that. In the beginning I was burning inside because of my feelings – I am very patriotic. Now I am more or less stable and calm and have reached the point where I think that “Music is out of politics.” But in the end I’ve not traveled into Russia and actually I am happy about that.

Has the situation ever affected caused any tension on your residency? Has it affected it at all?

This topic is taboo for me. I decided not to talk about it with anyone, otherwise it’s a mess – arguments, fights and dark energy. I have my point of view and I don’t wanna influence anyone else. Politics is a very abstract thing: you can turn it any way you want, it’s just depends on your education and knowledge about it. I try to be careful with it. But I have to say this question hurts me very much. 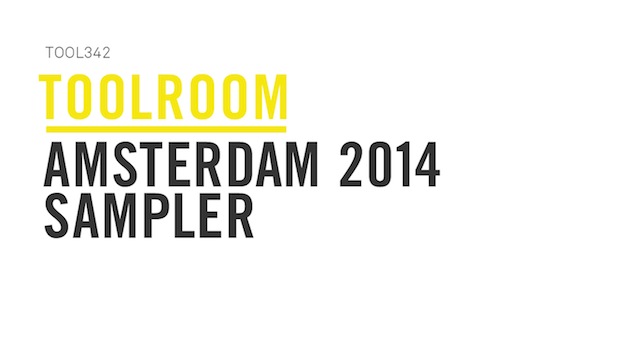