ID&T and SFX Entertainment collaborate to bring a deeply rich tradition that’s been held for over two decades. Mysteryland. ID&T has been crossing every t and dotting every i when it comes to dominating the music festival scene since its start in 1993. With its inaugural United States debut, and a touch of the increasingly successful SFX Entertainment, Mysteryland USA will be one of a kind, located at no better venue than the iconic grounds of Woodstock ’69 in Bethel Woods, New York. Mysteryland will be the first music festival in 45 years to grace the lands of such an iconic destination in The United States and music history. ID&T’s recent collaboration with SFX Entertainment (the “EDM” financial heavyweights) – who recently acquired Hardware and Onelove (organizers of Stereosonic based out of Australia) as well as Made Events (organizers of Electric Zoo based out of New York), allow Mysteryland to be more fine-tuned to exquisite details and create more of an everlasting experience than ever before.

Being held on Memorial Day weekend only feels fitting for the three day long festival. The festival begins Friday for the campers on Holy Ground who are treated to a special pre-party by Nicky Romero Presents: Protocol NY Reboot and continuing through Sunday with some of the world’s largest and exemplary artists in dance music. There will be massive performances from Steve Aoki, Kaskade, Dimitri Vegas and Like Mike, Fedde Le Grand, Dillion Francis, Showtek, Moby, Kaskade, Seth Troxler, Pete Tong, and over 200 of world-renowned DJs, local up-and-comers, colorful acts, and performers.  The musical offerings are also all about discovery. There will also be a food fest hosted by Brookyln’s foodie favorite Smorgasburg as well as on-site camping available for the first time.

Alongside of the main festival grounds is the continuance of the Sunday School brand by way of a mini-fest split up across three stages that techno, tech-house, and deep house fans will be sure to get more than their fill from. Artists such as Dubfire, Joris Voorn, Chris Leibing, Pan-Pot, Joseph Capriati, and many many more will be found in The Big Top Tent. There will also be a uniquely designed wood & mirrored Spiegeltent hosting the only Visionquest showcase of the year with all four founding members: Seth Troxler, Ryan Crosson, Shaun Reeves, Lee Curtiss, and other fellow labelmates. On Sunday, Spiegeltent will play homage to Scuba, Heidi, Justin Martin, Cassy, and plenty of others. The first ever Vinyl-Only stage featured at Sunday School will present a rich analog sound that only vinyl can offer featuring none other than legendary Detroit producer Carl Craig b2b with Dutch legend Dimitri, a 20th OVUM label anniversary with Josh Wink, Lee Foss, Soul Clap, Victor Calderone, and more!

And if Techno, Tech-House, or Deep House isn’t your cup of tea…then check out one of Mysteryland’s signature stages, The Boat, having traveled around the world from The Netherlands to Chile and now being brought to Bethel Woods bringing today’s current bass and trap sounds from Big Gigantic, Chase & Status, Zomboy, Paper Diamond, Bro Safari, and many others. For the closing set, The Boat will debut Dillon Francis + Flosstradamus supergroup: Dillstradamus (try saying that 10 times fast.) For those in search of harder styles and faster BPM’s there will be the Q-dance indoor tent which has been a staple of Mysteryland for over 12 years.

Mysteryland will be an exploration of worlds that can begin in The Healing Garden which will be situated on the Ceremony Field and be a place to discover new ways of thinking and getting in touch with your spirtual side through yoga, meditation, and chill-out music. Additional areas will include a rodeo, Mysteryland Post Office, Confessional, festival library, live painting by New York street artists which will auction off pieces following the festival for charity, and dozens of secret areas that will remain a mystery until the start of the festival. There will also be a community-oriented Camping Circus stage that will include creative artists and alternative music including jazz and indie bands.

Mysteryland US will be the culmination of art, music, and memories of a new generation leaving their footprints on the sacred and historic grounds. Furthermore Mysteryland is sure to be nothing short of magnificent and breathe taking from corner to corner of the festival grounds.

For more info head to – Mysteryland.us 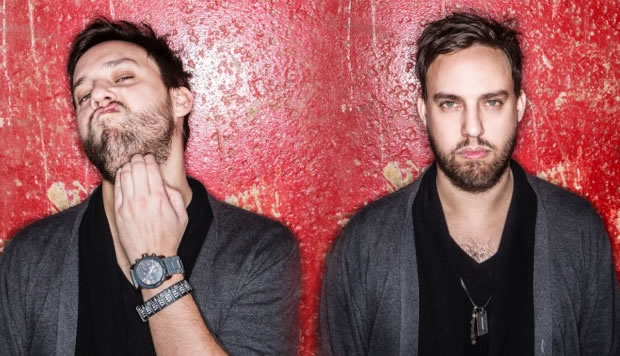