Munich in association with Data Transmisison

Born out of a desire to bring a fresh movement of forward thinking techno, minimal and house to the Leicester underground electronic music scene, Munich was established in the summer or 2014. Dissatisfied with the nights around them, a small group of like-minded friends came together to form Munich. More than just a party, Munich is an ethos based on a passion for deep grooves, subtle textures, organic elements, hypnotic bass lines, refined percussion and thumping techno that can be shared by all. Although only in its early stages, the event has created a shockwave of excitement. Housed in some of the most raw, urban locations in the city, the focus is to always pick a venue that embodies the spirit of Munich. With a firm focus on their close-knit roster of residents, as well as bringing carefully hand-picked guests from the UK and further afield, Munich is a name that is making a powerful mark on the midlands for intelligently minded electronic music.  Munich has collaborated with Data Transmission to bring coverage, mixes from residents/guests and tickets for future events.

Munich returns in autumn following a packed out residents party in late August, to bring another night all about the music. As the sun starts to set a little earlier in the sky, we stay true to the distinctive Munich ethic, with a focus on forward thinking techno, deep-tech and minimal electronic music. Once again you will find Munich in the deep confines of Leicester electronic music stronghold, Sophbeck.

We are excited to announce that Tough Luck Records co-owner Twon will make his Munich debut. Currently Twon and Tough Luck Records are making waves and steadily building a solid reputation for quality releases based on industrial, raw house and techno. Previous releases feature some of the hottest underground talent such as Blackhall & Bookless and Jack Wickham and have received support from the likes of Laurent Garnier, Adam Shelton and Ryan Crosson. Tough Luck is a label finding itself in all the right places; expect a set from Twon showcasing some forthcoming material from the label, as well as some of the best new music that he has picked up on his travels across Europe.

Alongside Twon, Munich resident artists Harry Black, Warner and Brødre complete the line-up and will once again be bringing each of their own individual sounds to the basement. Free entry before 12 // £3 guestlist before 2 // £5 entry after 2 // Write names on event wall for guestlist 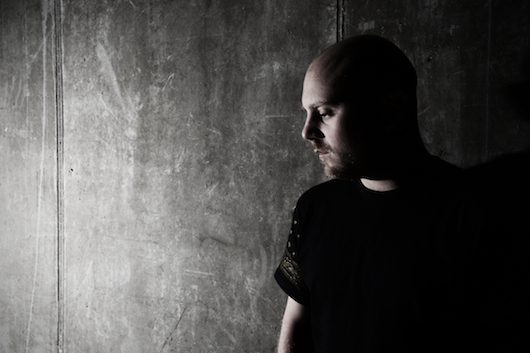