It’s always a pleasure to be invited to any event with a high class calibre of performers. Derrick May and his team at Movement have taken huge steps in the past eight years to create a brand for music lovers all of over Europe. Turin has always been the setting with the bigger sister of the stalwart figure being over in Detroit. Derrick, now hosting the event with good friends and fellow music believers behind the legendary Kappa brand covered all bases with this years line up, from house through to techno, no stone was left unturned.

Lasting well over ten days, the whole of Turin is used from intimate settings to large arenas in order to expose the talents from all across the board. Henrik Schwarz kicked off the 2013 epic with good friend Busse Wesseltoft. Showcasing their German enthused talents the show married pulsating live elements, drum machines and heavy bass loops. Whilst the Cirocloco show the following night portrayed that classic house vibe throughout. Dan Ghenacia and co. rocked the house from start to finish with skyward arm moments for the crowd to dwell on and tech house bombs a plenty to cut loose too.

Laurent Garnier and Agoria went back to back the following night to celebrate one of Italy’s best loved brands, Superga. Acid house and sublime mixing were strong points as both heavyweight hitters battled for the crowds attention. DJ Harvey, a possible surprise act throughout the festival period, played in a boutique dwelling just after an eye opening fashion show. The legendary spinner hit us with some classic disco bombs like only the influential Harvey could do. A certified change from the house events prior.

Turin, worthy of a mention in its own right has serious character, obvious European mainstays of beautiful parks, food emporiums and museums are a plenty. However historic figures like the Fiat building, glorious architecture and football stadiums (if that’s your thing) stand out in the metropolitan climate there. Further more the setting of the main festival which we so happily attending was in the Etalia complex, which some of you may recall hosted the Winter Olympics in the not to distant past. Perfect for a 10,000 capacity rave, the hanger like venue ticked all the right indoor festival boxes with high-rise ceilings, perfect for the heavy lighting rigs, festival tuned speaker systems and raised platforms for the on looking DJs to get an overview of their beloved audience.

The main arena backed onto the second arena which to my surprise didn’t offer a sound clash; it worked well and led to an easy and swift switching between stages. The third room was then a short walk away outside in a little side plot, quite intimate and perfect for the Visionquest boys to lay their hats for the 8 slot they performed.

When we arrived Magda was in full flow, playing an earlier than norm slot, the Queen of Minus made her presence felt with some rip roaring tech-house on an already warmed and packed house. Swiftly changing through the gears she grinded out some heavier techno before bringing it right back down before Vitalic took centre stage to perform his live show. Normally I would take a sharp exit from Vitalic, however with the stage set and the visual elements causing chaos behind him it produced a well rounded set.

Upon moving through the venue we entered the Visionquest room. The 4 piece of Seth, Lee, Ryan and Shaun were all together again from start to finish. Kicking things off mellow and subtle, once the room started to fill, they took no hesitation in booting things off with more driving slots of house. Rammed pretty much from the start and always a pleasure to listen and watch behind the booth, the charismatic foursome always offer a focal point on any evening.

Back in the main room, Dixon was up next. Known for his deeper styles of techno and intelligent track selection, more often that not the Innervisions frontman keeps himself to himself. However this time he could not escape the large stage than surrounded him. Cutting edge is a term often used for Steffen and with the complete change in genre from Vitalic on previous it really took the crowd by surprise to a somewhat amazing effect.

Maceo Plex completed my night with his dark and occasionally sinister mix. Now famous for his vastly deep elements, the crowd certainly took what he had on board with some heavy drops and loops which whipped them into a frenzy. Not my thing normally, however it certainly paved the way for a perfect ending for the audience and you cant fault his popularity.

With my night at an end, reflecting on what was a hugely successful show was easy. Visionquest was a highlight, changing from genre to genre is never easy and keeping a crowd for a solid 8 hours is worthy of applause. Magda held her own on the early slot and Dixon made a huge dent on the dance floor. A great night with amazing production and vibe. Here’s to next year!

To round off the whole festival, we were glad to attend the final farewell by front man Derrick May and fellow US veteran Terrance Parker, who completely stole the show with a set mixed across 4 decks, eye catching both in his mixing ability and some effortless scratching which DJ Kentaro himself would have been proud of. Derrick May, not one to shy away from a packed audience himself amalgamated house with raw techno carrying on the party way past the allotted schedule. A true way to say thanks to what was an amazing all round festival. Well worth a ten day stint in one of the jewels in Italy’s musical crown. Thank you Turin. 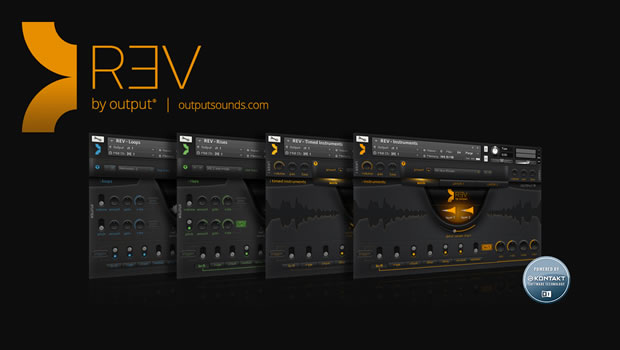