Monika Kruse has been at the forefront of techno for the last 20 plus years and was an early inspiration to ANNA who cut her teeth in Sao Paolo’s electronic music scene. She has vivid memories of being inspired by releases on Monika’s Terminal M label in her formative years.  Years later, ANNA is a key artist on the label, with her track ‘Redemption’ standing as one of Monika’s most played in 2016. Monika has another EP due out by her next month and ANNA will also play the Terminal M ADE party on Friday 21st October.

We asked Monika Kruse to go back to back with rising star ANNA in this interview and we find out about fan fetishes, travel aspirations and Richie Hawtin playing for three days straight in Ibiza from the comfort of his couch!

Monika: You live for a while in Czech Republic. That’s quite an unusual place to move to from Brazil. What inspired the move? Tell us about your experiences there?
ANNA: I moved there with my boyfriend, he was going there for work and he asked me to go with him. Everything was very new to me, I had only traveled outside of Brazil once before, and the Czech is very different in every aspect; the weather, culture, people and food, so it was a bit of a shock! I was super excited at the time, and I took the chance to visit a lot of new countries in Europe whilst I was based there, mainly to discover new music and it was a great experience for the year that I lived there.

Monika: I once had my feet licked by a crazy foot fetishist while DJing! What was one of the most awkward situation you’ve found yourself in while Djing?
ANNA: I don’t remember anything really crazy but once a guy on the dance floor gave me €50 because he loved my set! He told me, “your set was absolutely amazing, please take 50 euros”. I didn’t know what to do really and was a bit surprised, but I took it in the end as he was persistent, and it was easier than turning it down.

Monika: Besides doing music, did you ever have any other career dreams or goals?
ANNA: No, I started working with music since I was about 14 years old, I never wanted to work with in any other industry. It was natural for me from the start.

Monika: I love love love your new EP on Terminal M ‘Face Your Fears’. Tell us about the meaning behind the title and give us an insight into the track’s creation.
ANNA: Thanks, I named the track after the vocal, I sampled it from an old movie, I think it’s very strong and brings a nice message; Face your fears, free yourself, don’t let them stop you from doing anything you love! “Leave House” was made first, I made it in Brazil while I was touring. After a long time I then did “Face Your Fears” – I wanted to do a strong techno track. I remember I was a bit stuck with it at first, but when I found the acid hook playing a 303 pattern on the moog synthesizer, it unlocked my creativity and everything was done quite quickly!

Monika: I heard your father owned a nightclub back home in Brazil. Did you play there? Has he travelled to see some of your special gigs?
ANNA: Yes, it was where everything started, I played there for many years, and it was a great ‘school’ for me. He never travels outside of Brazil, so hasn’t been able to see me play elsewhere yet, but maybe one day. When I play in Brazil he always comes to watch me, he is a super proud dad.

Monika: What is the most boring question you’ve ever been asked in an interview?
ANNA: “How do you feel being a woman in this industry?”

Monika: Stepping away from music, what gives you great pleasure?
ANNA: Food, movies, sports, my dog, stay at home with family.

ANNA: What was it like growing up for you in Germany? Was electronic music always a part of your life? When and how did you get into it?
Monika: Music was always a part of my life since I was a little child. I learned piano when I was 4 and my first pocket money I got went to the record store.  My first record was Eurhythmics ‘Here Comes The Rain Again’ and yes, I still have that record.  Electronic music came later when the whole scene begun in 1990 in Germany. I had a lot of wild and crazy times putting on squat parties in Munich in the early days – everywhere from old World War Two bunkers and trams. They were incredible times!

ANNA: You have always been a big reference for me since I’ve started out. Can you tell me who were your main influences when you started?
Monika: Oh thank you that’s very nice! Prince the one and only, was my original hero may he rest in peace. When we talk about electronic music, it’s hard for me to have so many influences as I was there right from the beginning when techno started in Germany. I must say Aphex Twin always has a special place for me. Besides that I love Frankie Knuckles, Mr Fingers, and of course Jeff Mills and Robert Hood – who I am still respecting a lot!

ANNA: I’ve just played Space last ever closing party this past Sunday. When was the first time you went to Ibiza? Did you play at a specific party? What memories come to mind?
Monika: Actually the very first time I went was when I was 6 with my parents. But the first time was 2001 for Cocoon. I remember I played the main room and Sven I remember Ricardo were also playing. And of course there was a great afters. Back then there were a lot of after hours at private fincas. I remember one at Richie Hawtin’s where he played for three days without sleeping and was sat in his living room on his couch.

ANNA: What is the part that you love most about being a DJ? And what is it you struggle with the most and why?
Monika: What I love most about djing is how music connects people. If there’s a great evening there is a special energy you cannot describe. A really special example of this for me is Time Warp which attracts people from all around the world – many of which who won’t speak the same language, but are all connected by music. And the energy is incredible!

The worst part is how all the travel messes up your sleeping patterns. It’s very easy to feel disconnected with my friends as I’m away when they have their free time.

ANNA: What is your all time favourite release from Terminal M?
Monika: This is like asking me to name my favourite child – way too hard!  I only sign music I love so everything means a lot to me. I feel very fortunate to still be going 16 years on.

ANNA: How do you cope with touring so much for such a long time, and still maintain the drive? Does it ever get overwhelming?
Monika: I love my job so much that I cannot stop what I’m doing. Of course there are times where it is overwhelming but I always take time out at the beginning of the year to get grounded again. For me it’s important to work on my mental and physical health. I do a lot of meditation, yoga and a yearly panchakarma treatment in my time out.

ANNA: One of the good things about touring is that we get to know so many places, different cultures and kinds of food. Where is the place that you enjoy the most when you are on tour and look forward to going back to the most?
Monika: Argentina was always for me very impressive. Not only the parties but the warmth and the hearts of the people on the dancefloor, but also I travelled to Patagonia and was very impressed by the nature. Of course there are so many places I love including Iceland. I played there back in the ‘90s at Iceland Airwaves and stayed for one week and travelled around and saw the glaciers and I was even going hiking up to the mountains. I remember they people were very warm-hearted and could drink a lot!

Terminal M x Tronic happens on Friday 21st October at Q-Factory in Amsterdam, you can grab tickets from here. ANNA’S ‘Face Your Fears’ EP is out 19 October on Terminal M, check it out below. 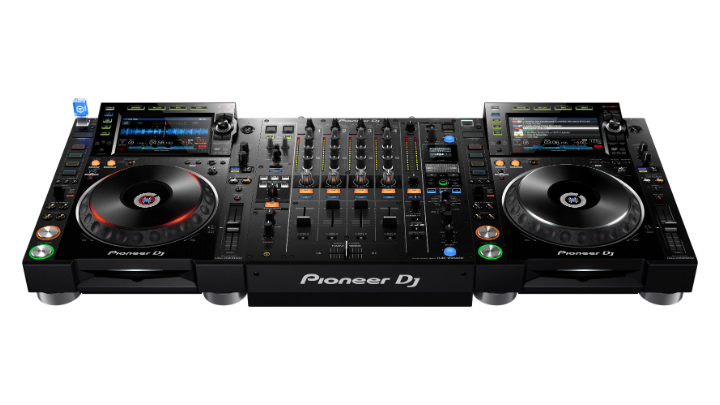