In the almost two decades that Gernot Bronsert and Sebastian Szary have been working together under the Modeselektor banner, they’ve established themselves as an outfit whose musical exploits remain at the frontiers of musical innovation and just the right side of bad taste. Whether they’re sending jets of champagne over audiences at their notoriously bass heavy live shows, creating moody electronica with Apparat as Moderat, or offering jacked-up remixes of bands such as Radiohead, they have defined themselves as a band that playfully contradicts themselves themselves with each new turn and twist. It’s point that has been underscored by the duo’s Modeselektion compilations, whose grab-bag selections of dance-music tracks have only worked to highlight Gernot and Seb’s eclecticism.

Modeselektion Volume 3, coming two years after the last entry, is their most ambitious attempt to express their divergent and disparate musical tastes yet. Unlike previous Modselektions, volume three is a two disc affair, encompassing a selection of nineteen unmixed tracks from across the dance-music spectrum and beyond. Similar to the past releases, part of the album’s appeal is that it consists of nearly all previously unreleased or hard-to-find tracks from artists whose styles might be at first considered contrasting or oppositional, artists as different as French Fries and The Fall, or Fennesz and Akkord. Premised on the idea of juxtaposing different sounds and styles side-by-side, the approach suits the unmixed format (in fact the brief pockets of silence both negate and accentuate the transitions), and if there is a narrative of sorts to be found across the duration of the two discs, it is one in which sounds are unified by difference.

That’s not to suggest the album is a choppy or jarring listening experience. Far from it. Modeselektor have clearly put a lot of thought into the arrangement and running order of the compilation. The first disc opens with introspective and downtempo cuts from the like of Fennesz and Nosaj Thing, establishing a leftfield vibe that is both echoed and contrasted by the scuzzy post-punk of The Fall and the equally enthralling krautrock of To Rocco Rot. It’s an incredibly strong start. To have snared new music from the likes of Mark E. Smith, a figure usually placed outside the parameters of electronic music, engenders the album with a uniqueness that sets it firmly apart from the denizens of digital mixes and compilations. The first disc proceeds in impeccable style,  the tempo picking up with bassy cuts from Akkord and Robot Koch, before returning to a slow and etheral with the spine-tingling, glacial electronica from newcomers Born In Flamez.

Disc two is a livelier prospect. The neon-stabs and hi-energy claps of L-Vis 1990 establishes a leery swagger, that is followed in suit by the likes of Illumsphere and a collaboration between Buraka Som Sistema and Schlact-Hofbronx. The vocal electro-house of Alex Banks signals a turn, and the second half of the second disc moves away towards a vocally orientated closing act. It’s the album’s weakest passage, with an overly-emotive-to-the-point-of-gushing vocal house number from Henrik Schwarz and a pedestrian rap track from Brandt Brauer Frick and Vic Mensa that is forgettable at best.

BBF and Mensa’s track also draws attention to one of the album’s other flaws: it’s almost overt blokey-ness. Considering that Modeselektor had relative carte-blanche to select nineteen tracks from across the world of electronic music, it’s both a shame and rather telling that (apart from a few guest vocalists) there are next to no female artists on the record. Thankfully, Modeselektor’s edit of Omar Souleyman’s Edamat closes the record on a high note, offering a subtle and understated tweaking of Souleyman’s fusion of Arabic folk music and electronic productions. It’s a moment that exemplifies how, gender aside, the duo remain firmly dedicated to exploring the less conventional and sometimes underrepresented realms of dance music.

Modeselektor’s remix of Souleyman is the only production from the duo on the record and, unsurprisingly, their presence is less forthright than has been the case on the previous Modeselektion compilations. Yet, in many respects this is a move that pays off. Instead of including their own work, the wealth of fresh music from other producers and colleagues offers an opportunity for the duo to curate a collection that operates as a fantastic companion piece to their own studio work, and more over, which gestures towards the influences they are currently drawing on. Considering it can’t be too long until a new Modeselektor album is due (please?), Modselektion Volume 3 serves up a treasure trove of hints towards what we might expect from their fourth LP. Yet, this is more than just a satisfying stop-gap between albums, but an exciting and invigorating musical prospect in itself. Likely to become a soundtrack to plenty of summers, the mixture of bassy jams, naval-gazing ambience, discordant post-punk and atmospheric electronica is the closest thing to Modeselektor’s musical manifesto as you’re likely to ever hear. 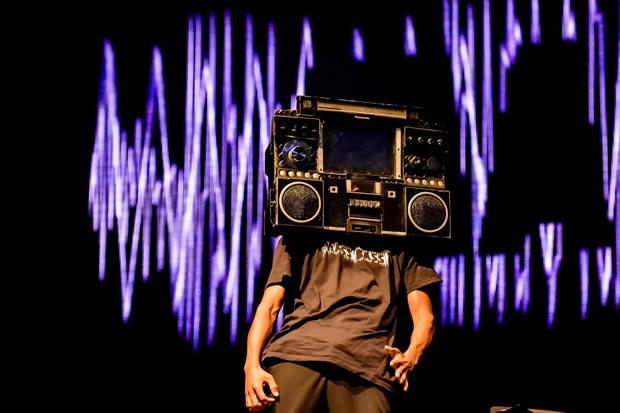