And we’ve seen your logo spray-painted across Ibiza too! Are you a bit of a graffiti head?

Yeah I’ve always loved graffiti, I grew up on films like Beat Street and Wild Style, and now its spreading across the island, got kids all over the place spraying our logo, even seen it popping up in Paris, London and Cape Town. Genius vibes.

So what was the inspiration behind it then?

The logo, we had a meeting with our graphics team and I wanted to convert that there was this guy, me I guess, with so much going on inside my head, that was my brief, but going deeper than that. There’s no shying away from the fact that the world has gone nuts, without trying to get to heavy, but it’s a fact and a lot of kids don’t have many positive influences these days. We want to focus on getting people young and old to look within and pursue what they are great at, better to live on your feet than die on your knees!

Do you live full-time in Ibiza? How did you end up out there?

Yep been living on this beautiful island for 5 years now full time, I do travel a lot so I get off the island which is important. I have been coming since ’95 every year without fail, sometimes for just a few days, other years the whole season, but ultimately had had enough of living in London, so decided to move here with my then girlfriend at the time. I miss that girl, she left me for a pack of goats and is believed to be living on Es Vedra now putting on after parties for the pigmies!

Are you generally receptive to people remixing your work?

Yeah of course, for our first release we got our good friend Jason Bye to release my track, and I loved what Jason did… the unexpected, he threw a dirty old breakbeat under it and transformed my track. Hats off to that boy for having the balls to do what he felt, not enough real artists around like Jason these days which is a shame.

Definitely. I believe you’re going to be throwing some parties in Ibiza and London too. Can you tell us a bit about them?

In London they are few and far between, we’ve Chosen to make Ibiza our main focus this year. Since our Opening at Sankeys on May 31st we’ve been staging an event pretty much every 2 weeks and will continue to do so throughout the summer. No two of them the same, our last was a micro party streamed live on the web with 06am Ibiza Underground. For our next party, you need to follow us on Twitter on our Fan Page, or know one of the crew personally in some cases.

How influential has Ibiza and London been on your music tastes over the years? In similar ways or in different ways?

Well I’ve grown up between both of these places, a fact which I’m very appreciative of. Both of them are huge melting pots musically and culturally. It’s hard not to be influenced everywhere you go. It can be a track you hear on the radio or of course watching one of the grand masters do their thing in your favourite club. That’s still got to be the best part of living on the island to this day, there’s such a high choice of DJs to check out and not just the super clubs. It’s equally important to check out the residents, heroes of house music who often go unnoticed.

Where are you at now with your productions in terms of where you’d like to be then?

Good question. I think as an artist, if you feel like you’ve cracked it and can’t do any better than you’re through. I’m always trying to learn and come up with new ideas and sounds. We’re developing 2 live acts this winter, and next for me is learning to play the drums, something I’ve always wanted to do. Now is the time, naturally this is going to help me learn about beats so there is always room for improvement.

So you’ll be releasing the music on your own label, right? What’s the thinking there?

Simple, we want to build a stable of artists and a collection of music that we are in time known and respected for, having said that, we do also have plans to release on other labels, for sure, get the music out there first and foremost, is our priority, and I have the best team of people around me to make that happen.

Do you produce with DJs and dancefloors in mind?

No not at all, if I have something in my head, I put it down, I’ve never been one to follow trends , right or wrong as that may be, its just me, it’s not an egotistical thing, but for me it just doesn’t make sense to make music for other people, as an artist, in my opinion anyway, I think the key is to express what’s going on inside your head, more Genius than Mental naturally!

If you could have produced one house music track what would it be?

Would probably have to be Your Love by the late great Frankie Knuckles, that track changed my life. Genius!

Is the best still yet to come from Mental Genius? And what more can we look out for from you?

I’d like to think so. You can look out for our music, our crew, and our energy, the tribe is still growing on a daily basis and if I don’t keep pushing what I believe I’m dead inside. I’m sure that sounds a bit dramatic but it’s how I feel. We had a vision 18 months ago and it’s taken a lot of hard work and sleepless nights to get it to this stage, with overwhelming support by certain individuals. Now is the time to keep pushing. Music first though, like always. We’re coming to get you, no one is safe…Peace, love and beats every time! 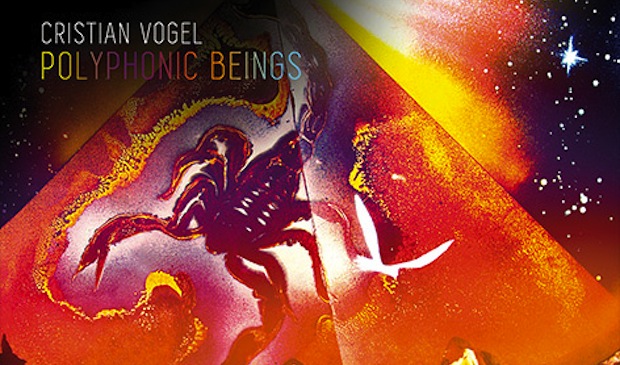