The music promotion business can be a volatile one, and in a big, thriving city like Manchester, there is continuous competition, not least from the likes of super-promoters The Warehouse Project but soon, Sankeys at Victoria Warehouse. Meat Free have been in operation since early 2013 and what began as (and still remains) residents nights where club-revellers were free to pay what they wanted for some quality selection of house and techno, has rapidly developed into invites to DJs globally known for their knowledge, expertise, valued productions and of course dexterity on the decks. Business is as fruitful as ever, but it’s hardly surprisingly when the Meat Free girls carry such a basic but faultless ethos; to play and enjoy music. Perhaps quite a stark contrast to the frequent dark, pounding techno they play, they never take themselves too seriously and can often be found fluttering amongst the crowds, encouraging horseplay with inflatables.

This year alone their guests have included Voiski (who performed his Manchester debut) and Xosar, and for their biggest party to date they invited three of the most sought-after spinners in the game; Fred P, DJ Bone and Ben Sims.

A first-class line-up deserves a first-class venue; enter: Hidden. Having only opened in August, it was always going to be one of the most significant music houses in Manchester after boasting Magic Mountain High as one of their first guests. Set up on the outskirts of the city centre (far away from the possibility of noise complaints), it’s a venue with a truly underground vibe; where you can’t escape the feeling that this is where music-lovers congregate, and any pretention or ego can be left on the doorstep.

Punters are seized upon arrival and obligatory swaps of Vaseline are swiped across their cheeks before heavy dabs of glitter transform them into a sparkling techno titan. The clocks had barely struck midnight and already the club was brimming with moist revellers seeking to secure a spot for Detroit techno veteran DJ Bone. It would seem that at least 100 people had already decided on their position for the night, as the area in front of the decks was an impenetrable force. Hardly surprisingly when DJ Bone was spinning. He’s unjustly underrated and is probably one of the most uncompromising talents of the Motor City. His approach to mixing is truly remarkable; three decks set up which he effortlessly flows between, layering up three sets of percussions and rhythms, including his own Cultural Variance, whose rapid-fire high-hats and flittering synths reflected the pulse rate of the crowd. For those that do know him, Bone refuses to fit any sort of mould and has developed a unique set of skills that allow him to use his decks as a weapon: to scratch, blend and backspin records that gives him the power to command the body movements of his audience.

In contrast to DJ Bone’s output, the floor below, the “Blue Room” saw Fred P deliver a more cosmic vibe.  Notably darker than the main room (the light was at a more comfortable level; there comes a point in the night when too much visibility of fellow clubbers can be unnerving), the artist also known as Black Jazz Consortium played a down tempo set that was fitting with the atmosphere of the room. Bodies swayed to Fred P’s spacey melodies; ushered along by firm but yielding percussion. Back up to the main room, Theory label head Ben Sims had already stepped up to the decks and is probably one of the few DJs that could follow such an act as DJ Bone.

Getting his hands on his first decks at the age of ten, Sims’ musical roots are in hip hop, funk, disco and electro, and after earning his stripes on pirate radio and at house parties, began playing at London institution fabric, where he curated a night last year to celebrate ten years of playing at the influential club. Today he stands as one of the most esteemed techno DJs, not least because of his three-deck mixing technique that sits him squarely above most other selectors. Having already been a Meat Free guest (he played at Joshua Brooks just eight months before, in February), it shows the strength of Meat Free’s offering as promoters and tonight the crowd know just how special this repeat visitor is. Sims lured in his followers via a remix of Nitzer Ebb’s addictive ‘Join in the Chant’; where the crowd were more than happy to oblige. The energy emanating from punters was palpable as Sims’ raucous set showed no sign of slowing down at any point. The industrial, metallic twangs of Clouds’ ‘Chained o a Dead Camel’ sent punters into a frenzy as its thumping percussion bounced off every wall and into the bones of all revellers.  Rapidly-executed high-hats partnered with brooding arpeggios of synth made up Steve Piondexter‘s ‘Computer Madness’; a combination that flirts with an overwhelming assault on the senses but stays at bay just enough to keep the listener sane.

As Ben Sims wraps up his set the top room has barely cleared out, but that’s likely because the majority are waiting to carry each other over to the official after party, held at the same warehouse that Juju & Jordash and DJ Qu played in June (thanks to promoters Selective Hearing and Low Dose). This felt less DIY compared to the usual venue of a volunteer’s house for Meat Free’s after parties, but by no means does that suggest a compromise in atmosphere. With forthcoming guests Jeroen Search and Steffi, their nights have become ones that need no thinking twice about.

Jeroen Search plays Joshua Brooks on Saturday 31 October, grab your tickets here, and Steffi plays Mantra on Friday 27th November, where you can get tickets here. 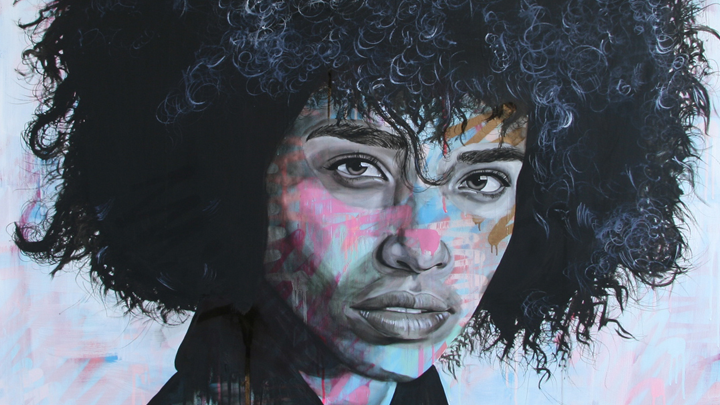