Italian neuro influenced drum and bass producer and Renegade Hardware – a label celebrating twenty years of existence in February – stalwart Maztek’s debut album ThreePointZero is a massive statement of intent from a producer, who, although known for his hard hitting, pummelling dancefloor orientated tunes, has truly refined and perfected his style. Maztek crafts a piece of work that strikes a fine balance between bangers and moments of introspection on an all-encompassing, bass music influenced collection of cogent tunes and ideas.

We had a chat with the technically minded man from Rome about album timings, his production process, concepts, musical progression, Renegade Hardware and more…

What made you think it was time to make an album?

Well I’ve been producing electronic music for many years now and I’ve been waiting to make a solo album for some time. It also felt like the right time to experience the challenge process of writing a full album and gain an understanding of who to approach writing this album and to be more comfortable with the future ones.

With this album I’ve retraced my path as a producer telling my own story through my musical influences, especially those drawn from hip hop and trip hop, encapsulating that vibe as well as recreating the older drum & bass sounds, the ones which I grew up listening to, adding my own personal twist and experimenting with modern production techniques to create them.

The vision was produce an album that’s not only for the club environment, but that can also be enjoyed by people who aren’t necessarily fans of drum & bass outside of that environment. I’ve tried to strike a balance between the dance floor oriented tracks that I’m known for as well exploring some more varied electronic compositions to complement them.

Why the title? Three Point Zero – is it a prediction of something? Were you trying to say anything in particular?

The techniques used today in the production of drum and bass are highly advanced. Probably more so than in any other genre of electronic music and this progression of audio technology is something that has always appealed to me. However the technicality of drum & bass music is not the only element that draws me to it.

To me there should always be an element of soul in the music. The kind of soul you used to hear in tracks back in the day, which somehow became obscured by technical ability and lost. I believe that now we are coming full circle and starting to bring back that original soul and vibe but now we are pairing it with the more advancement in sound design that interests me so much, and I find that really exciting.

To people like me, electronic music is our personal religion, bringing us closer to our own God, and enriching our lives. I have always been fascinated by technology, science and new discoveries, but as a counter point to that I love nature and the essence of the simple things in life.

My personal vision of “Three Point Zero” concept is that it represents next chapter for humans as a species.  Where nature, technology and spirituality co-exist together in equilibrium. The next step in our evolution. A new “cyberpunk” vision where it is not the machine that infects the human, but the consciousness of nature begins to infect the machine. Human 3.0.

How do you think your sound has progressed over the years?

I think the technique has improved and at the same time I tried to build a personal style that characterizes all my productions, I’ve learned many tricks that can be applied to the sound, and now I’m trying to apply them to the music.

What does your studio look like at the moment, gear wise?

It’s really basic at the moment. I have good Adam’s monitors, a TC Electronic Finalizer and a Virus TI Desktop.

Guide us through your production process a little bit…

I’ve actually made some in depth production tutorials recently for Sample Genie if you want to check them. Basically I start with drums or bassline and then build the tune from there. I start writing a cool groove if I’m making a dancefloor tune or I start with a nice ambience if I’m in the making a deeper kind of thing which gives me a clear image of where I want to go with that particular tune. Once the idea is there it’s all about the technique to finish it.

How did you select the collaborations on the album?

I chose the artists closer to me at this time and I like the most, with which to work is very natural. BTK, Insideinfo, Dope D.O.D., Disprove etc always bring good ideas and sounds.

Your collaborations with Dope D.O.D have been epic over the years, how did you hook up with them and how do you you see them positioned in music? Do you think neuro-hip hop is a sound that is going to catch on? Is it the successor to glitch hop?

It was early 2011 when I first linked up with them. I sent them a beat to make a collab for my EP, they came back to me and said that the beat was sick and they wanted it for their Evil EP so that beat became the ‘Brutality’ tune which was actually 172 BPM half step dnb.

After that i made other beats for their Da Roach EP. One of them featured Redman. With brings us round to now and their involvement with my album. We are about to release an animated video for the ‘From The shadows’ tune we made which will start a video saga in that kind of illustrated style. I think the neuro sound is good applied to any kind of music especially to hip hop which can be half tempo dnb, I don’t know if it is the successor to glitch hop because it’s a more electronic dancefloor style, I think it’s just a different thing.

Despite flirting with different kinds of sounds, and even different scenes, do you still see yourself as a drum & bass producer?

What do you think of the DnB scene at the moment – is DnB dead? Or are people such as yourself making uptempo bass music now rather than what is traditionally known as DnB?

I think it is not dead at all, I think it’s rising up again, just look at all the albums that have come out recently, they are just amazing. Of course it’s different now than it once was in the past. Perhaps a bit more influenced by bass music but I think both the “traditional” and new school dnb will continue for a long time.

What do you think of the industry as a whole at the moment?

I think the at times the electronic music industry sucks. A lot of it is now based on the image, promotion and fashion, rather than the music. Some DJs or producers do not event produce or play their own music and are more or less actors within the scene but you know the industry gives way to influential people with the right money.

I don’t like to be a product, so I don’t care too much about the industry that’s why I just keep doing what I like and not what sells better, and this attitude fits with the dnb industry and experimental hip hop scenes. This is enough for me, I’m not an actor I’m a producer, I can’t see myself on a fancy yacht to play a gig or something. But some of the stage production these guys bring is cool but to me, the music is what it’s about.

What is the live scene like in Italy? Do you get much love over in the homeland?

It’s nice we have lots of newcomer producers and djs who are doing good things and yes I get a lot of love in my homeland. Sometimes they even follow me when I play abroad but I can feel the love also in other countries and this is what I love about what I do.

You have released a fair bit of material on Renegade Hardware now alongside others, would you say that it is your home now?

I’m really looking forward to the 20th years of Hardware in 2015 and I’m proud to have been and be part of it, there are cool projects running for the future and I think I will be part of those for sure. To work with Scott is a pleasure and I think I can feel at home every single release we make.

Maztek’s ThreePointZero is out on Renegade Hardware now, grab a copy over at the label store or on iTunes. 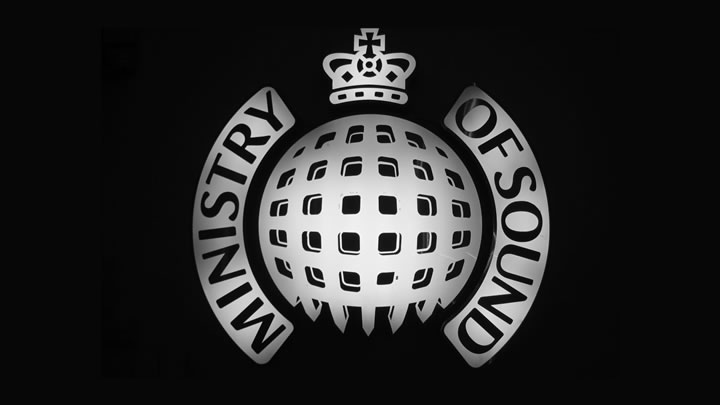