Mark System: True To The Craft

Mark System is a man overcome with emotion. No, we don’t mean he sits in floods of tears watching The Notebook on repeat, but rather, that the Londoner understands that his job as a musician is to bring about an emotional reaction in others, and to do that he must be true to his inner self.

Ok, so perhaps that sounds a tad homeopathic, but the point remains that honest music will always shine through, and in the case of Mark’s debut full-length, Final Approach, things are positively gleaming. Dropped via dBridge‘s seminal Exit Records this week, the album brings one simple phrase to mind: True to the Craft. These four little words not only define Exit as a label, but – as Mark relays to Data Transmission down a crackly phone line – are also a part of his own mini-mantra, stretching right back to his early days as a producer.

“My working relationship with dBridge started in earnest years ago, when we both had a gig in Bristol,” he begins. “We both live in London, or at least did at the time, and I drove, I was MCing at this gig. We had a two and a half hour journey in the car together and I decided in advance – as anyone would – that this was a perfect opportunity. I mean dBridge couldn’t run away, I was going to play him some of my music, and fortunately he wanted to hear it himself, I didn’t have to force it on him! I played him some music and one of the tracks I played him ended up being my first release on the label.

“For years and years I’ve treated what I do – writing drum & bass – as a craft, and really felt as though it should be treated as a craft. It’s an art form; writing drum & bass should be done with care and attention and love and passion. I had this conversation with him in the car, and I’m pretty sure at the time, and I might be wrong, but I’m pretty sure at the time that ‘True to the Craft’ wasn’t associated directly with the Exit label, it’s a more current tagline. It’s an example of how it’s just a natural relationship between me as an artist, and Exit as a label and dBridge as a label owner. We have the same vision and the same attitude about how production should be approached.”

This deep appreciation and understanding of the way in which dBridge works is something Mark enthuses time and time again. “He’s got such an ear for music,” he says of the former Bad Company man. “I’ve released with him for a number of years on and off, and y’know what, I think I just suit Exit as a label, I think the same way as Exit and my music comes out in an Exit way.” He’s not wrong either. Perhaps Mark’s most emotive work to date, Final Approach screams Exit so loudly that back in November, Data Transmission recalls hearing dBridge drop several of the tracks, and despite no idea who they were by, we knew they were destined for the label.

As with many of the most forward-thinking minds in drum & bass, Mark likes to delve outside of his own four walls for inspiration. His interest in techno and “very” deep house leads Mark to cite the likes of Dixon, Tale Of Us and Maceo Plex as major influences. “Translating emotion into music – I like the way that those guys do that, and I’ve kind of taken that approach to my drum & bass,” he says. Working passion into his productions is a practice Mark has achieved throughout his career in one way or another. From his earliest works on Exit, through tracks for Warm Comms and even one of our personal favourites, the unstoppable ‘Love Dub’, released via Digital Soundboy. Despite covering an array of sounds: club-friendly, liquid and the more cinematic stylings of Final Approach; Mark has never failed to construct beats that are anything short of intoxicating. “I think that using analogue synths pushes you, and pushes the sound, in that direction more,” he explains. “Ironically, the more machines you bring into the equation, the more emotion you get in there.”

Mark believes his fondness for finely-crafted synths may have been the inspiration for the album’s title track – a combination of uplifting pads and bass that spreads like warm butter. He recalls being hit by the sudden memory of ‘Love Like A Sunset’ by the band, Phoenix, which he thinks subconsciously influenced his own production. “The intro to the tune just starts with this stunningly beautiful synth work,” explains Mark. “I haven’t even listened to the track since … it probably doesn’t even sound anything like it! But I was looking out of this aeroplane window, daydreaming about the fact the plane was on its final approach, and I dunno I just think somewhere deep down I was inspired by that.”

‘Final Approach’ is one of only 12 tracks that made it through Mark’s ruthless selection process. Originally collecting together 150 ideas, he and dBridge whittled down the possibilities to 50 over the course of a few hours. “Any that just didn’t ignite an emotion there and then went into the don’t look at this folder,” Mark tells us. “Even though really there’s a lot of good ones in there, all we could go on was the immediate emotion we had, y’know. You have to make decisions and that was the best way to do it.” Following the brutal cut, it quickly became apparent that Mark’s natural penchant for diversity had left him with a multitude of paths to take his album down. “dBridge won’t mind me saying this, but the sound that he would of liked me to release on the label initially was the club-friendly sound,” confesses Mark. “As it turned out, when I started working on the album my heart was pulling me towards the cinematic, emotional sound; which he obviously fully supports and loves and plays as well.”

Continuing, Mark reveals that the club-orientated album picked by dBridge is still on the cards. “Perhaps it’ll just be an EP,” he says, “but the music is still gonna come out on Exit. It’s crazy, it still suits Exit; that’s how expansive their sound is. And I suppose my dancefloor-orientated stuff still has some soulful integrity in it as well, that fits the Exit output.”

We mention that, although not built strictly for the club, the sound of Final Approach is still very accessible. The album has a subtle nature, even in its heavier moments, allowing for a much wider audience. “It’s a very honest album,” Mark admits, “it’s designed to be. I dunno, when I write music the one thing I hate doing is excluding people, and sometimes that’s to my detriment because you cant keep everyone happy, it’s impossible.” But was he aiming for success outside the usual underground following? With the recent invasion of drum & bass into the charts, perhaps Final Approach could be just what the scene needs to expand. “I’m not really targeting anyone, I’m just being me and leaving it to individuals to decide whether they like it,” he begins, “…accessible drum & bass is a curse and a necessity at the same time. I used to think that pop-music-in-the-style-of-drum-and-bass was a really positive thing for drum & bass, because it brings people in, it brings new listeners in. But now I think I’ve come round to thinking that it can be quite damaging, because it gives people the wrong impression about what drum & bass is.”

Although a rather long-winded way of saying it, we have to admit that “pop-music-in-the-style-of-drum-and-bass” is the most accurate description of the 170 material that has found its way into the UK Top 40. “Pop music kind of picks up on its favourite styles and sticks with them for a while and then moves on,” Mark laments. “I do think – and I’ve always thought this – that drum & bass, unfortunately, is too fast for most people, and that holds it back. House music can be underground and still accessible to a huge audience; drum & bass… getting into it, it’s not natural to dance to initially, it doesn’t fit natural body movements. So you have to want to dig deep into it and then all of a sudden it clicks, and drum & bass becomes the natural rhythm of life and it just seems so obvious!”

Mark may understand the pitfalls of drum & bass, but that doesn’t stop him being hopeful for the future, and hearing him describe the discovery of the genre with the tone of a man completely head-over-heels in love with it, has us hopeful too. We mention a recent conversation with Fabio, in which the veteran name-checked Mark as one of the shining lights of the current scene. “I definitely feel a real personal responsibility,” replies Mark. “I’ve said this before, I feel like I’m a product of drum & bass. I grew up listening to pirate radio in the ’90s, going out to jungle in the ’90s, and I was there when drum & bass first took a grip on the world, and it took a grip on me.” Recounting fond memories of Metalheadz at Bluenote and “dissecting” Photek tracks, Mark is adamant that the old headz – the likes of Fabio, Doc Scott, Shy FX and of course dBridge – are still the future. “They’re a really strong guiding force that we should all be looking to for direction, they’re the tastemakers,” he enthuses.

Mark also understands the mistakes of the past too, however. He refers to a period of stagnation within the scene around the time of the millennium, and points out that his own sound tends to adapt and provide an alternative to whatever the current trend may be. With his adoration for old school ideals and a heartfelt need to encourage growth, Mark predicts a return to the days of yore, with “8 or 9-minute pieces of drum & bass, that evolve into really beautiful breakdowns that mean something… and also tunes where you have to wait ’til the second drop to understand what the tune’s about.

“I think it’s important that we continue to open the music up to make it accessible to a new audience all the time,” he adds, “to not make it too elitist, but at the same time make sure the music is treated as an art form, as a craft, and not just a tool for dancing to. There’s more to it than that, there has to be more to it than that.”

The Final Approach LP by Mark System is available now via the Exit Records Store.

Hospitality On The Beach announce first wave of artists 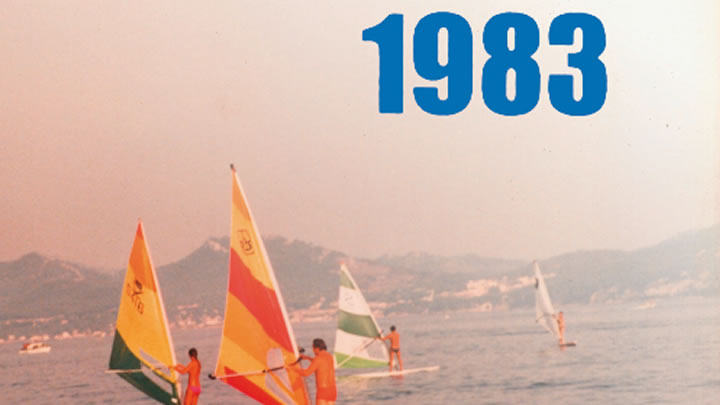