Maribou State: two lads who make a slick and nuance filled blend of pop structure, garage bumps and deep house aesthetics.  Another dream-team duo, their production skills and intelligent musical endeavours helps them create music which is streaks ahead of their years. Since their breakthrough single Olivia came bursting out from nowhere, the Southern Fried Recordings duo have been running wild ever since, with both the Habitat EP and their latest release, Native, demonstrating their constantly rising trajectory and musical restlessness.

An ample cannon of remixes have also been added to their arsenal, for the likes of Jagga, The 2 Bears, The Cinematic Orchestra and The Crookers, never once resting on their laurels or indeed staying put within one typecast genre or sound. If variety is the spice of life, then the future for the Maribou State boys looks exciting as hell… so get to know. DT sat down with Tom to find out more.   For those who don’t know you, give us a brief introduction to you and your sound… We go by the name Maribou State, our sound is really difficult to describe in words… I guess we refer to it as ‘electronic music’. We float between house and garage genres, but we’ve recently been bringing in an element of ‘home listening’ into our music and we’re using lots more instrumentation in our sound, which is something you can hear from us in the future.  We’ll also be doing some more club focused stuff too.    Considering you’re both fairly young, how did you first start switching on to dance and electronica? Were you digging through classics?Well we both had slightly different experiences in how we first discovered the sounds of electronic music, and probably not the routes that most people would expect. In our late teens we both got into trance, and even more shamefully, really bad happy hardcore ha ha. We were young and getting into clubbing, I think it was the energy of the music we were listening to that attracted us. Over the years we discovered newer forms of dance music that excited us more… which isn’t hard to do in comparison to what we listened to previously.    Does the dynamic between yourself and Chris work well? Are you happy with the turnaround and quality of your productions?I got into making music hen I as at school. Chris and I have also worked on other projects in the past, but to be honest Maribou State is the only thing we’ve seen eye to eye with. It really comes through in the sound of our productions, both of us contributing to a sound we both love and trust, and we’re both happy with that. I guess our output now is the stuff we’re happy with and we’re really working well together since we started Maribou.    How did you come up with the name Maribou State? To be honest we’ve never really been very good at giving things names and stuff, we’re still not now. It’s actually an adaptation of the Irvine welsh book ‘Maribou Stalk Nightmares’. Chris was reading the book at the time and we liked the sound of it, so we just adapted it to Maribou State and rolled from there.    Who would you like to collaborate with in the future and why?It’s a hard one as it’s easy to name a bunch of artists we like and would want to work with (which we’ve done in the past), but a really strong and solid vocalist would be my choice of someone. Personally, I’d like to work with Karen from The Knife. I’m fascinated by her vocal and I think it would work really well in our music. She shares that same kind of moody, atmospheric sound. I think that would be my choice for sure. As you have a broad sound and deeper influences, what does the current DJ set sound like? With the DJ sets we like to try and keep it quite varied, and portray the music we like and the music that influences us to make the music that we do. We got into a bit of a bad habit and we just played what was current and it didn’t really reflect what we were about. So nowadays you can expect to hear just about everything, from old Motown records or some nineties classic dance tunes. Anything that has a really good and fun, party vibe to it, we’ll put it in.  What other budding and promising young artists should we all be keeping our eye on? There are loads of producers out there that are turning lots of people’s heads, particularly ours too. We’re both big fans of Roy Davis Jnr and our really good friends Bondax are smashing it, they have a serious record on their hands that’s coming out on their imprint Just Us. We’re also big fans of a producer called Pedestrian too and we do a lot of stuff with him also, keep your eyes peeled for him.    The Native EP is out now on Southern Fried Recordings.Facebook – https://www.facebook.com/mariboustateTwitter – twitter.com/mariboustate

Maribou State are next up on ‘fabric presents’ series
Grahame Farmer February 5, 2020

Maribou State are next up on ‘fabric presents’ series 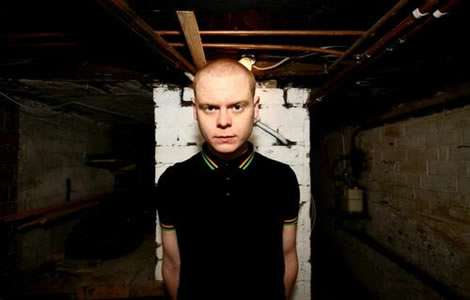