M.A.N.D.Y: The Times They Are A Changin’

In recent years, the name M.A.N.D.Y. has become synonymous with house music. No, not that kind of mandy – so you can stop sniggering at the back – we’re talking, of course, of the DJing duo. Formed of Frankfurt’s Patrick Bodmer and Philipp Jung, M.A.N.D.Y. firmly stamped their mark on the dance world back in 2005 with their renowned iconic track Body Language, and have continued to help shape both the European and global scenes ever since, through their seminal label, Get Physical Music.

Who better then, to headline the upcoming Drop Acid Not Bombs party of legendary acid house aficionados, Boy’s Own? The brainchild of Terry Farley, Andrew Weatherall, Pete Heller and more, Boy’s Own helped define dance music through a dedicated fanzine (publishing the first ever article on acid house), key parties and labels that spawned the likes of Underworld and The Chemical Brothers. This weekend, The Steelyard in London will play host to both the old and the new, traversing decades to prove how the music that we love, really is timeless.

“We are planning to play some great music,” laughs Patrick, as Data Transmission wonders what M.A.N.D.Y. have in store for the event. His English is good – as is to be expected of a man who can regularly be found playing across the UK and US – however, the combination of a thick Germanic accent and ‘European’ sentence structures, adds an archaic, almost regal air to his voice. “It is a bit of a revival of the Junior Boy’s Own thing,” he continues, “so of course we will play some stuff from that time … the first Underworld and Heller & Farley Project stuff. There’s many records [that] really caught fire, [that] we really fell in love with.” Classics then, with a touch of the modern too Patrick confirms, how fitting. “We wont play half naked or something, or in leather,” he adds.

There is another reason M.A.N.D.Y. are particularly excited to be heading back to the LDN too, a more nostalgic one. Ten years ago, the duo played their first international gig in the city, which swiftly led to a residency at world famous nightclub, Fabric. “We always feel welcome in that city,” Patrick remarks, reminiscing fondly about the support M.A.N.D.Y. received from the British media. “We got all this interest from international media via London, so we always have these rose-tinted glasses on when we think about London,” says Patrick. “For us, it was always greener and bigger and more exciting than it was for others.”

London is not the centre of the world though; and whether you view it as a fickle mistress or an uncontrollable beast, dance music has a tendency to jump from city to city, as Patrick is well aware. “In the beginning of 2005, 2006, there was a big move to Berlin, and then five years later, everybody was moving back to London,” he recalls, musing on the volatile nature of the industry. Patrick hasn’t been soured by change, but relishes the truth it reveals. “That’s the great thing about dance music,” he begins, “it’s reflecting the signs of the times; it’s a reflection of fashion and social movements. Whatever happens on the streets with fashion and hypes, it’s very much… a hype must always come to an end otherwise it wouldn’t be a hype.” Patrick lets out a knowing chuckle; he’s watched scenes and hypes shift not only between cities, but across countries and continents too. “It’s like a tsunami,” he says.

Data Transmission understands the struggle of staying afloat against the constant waves of new music. “That’s kind of impossible sometimes,” Patrick concurs, “that’s why wave is a good name for it: the wave catches you much easier than you would catch a wave. Sometimes you’re just lucky and you’re at the wave at the right time at the right point.”

Patrick is intrigued to see where the “hype” will move next, but he is, in fact, in the perfect position to influence the movement. The Get Physical imprint that M.A.N.D.Y. co-founded with Booka Shade and DJ T. is known for its forward-thinking, if somewhat eclectic, output, backing the likes of Trentemøller, Damian Lazarus, andhim and Kate Simko. Patrick admits that the label is in “very good times” at the moment, and is certainly attempting to open its umbrella even further. Copenhagen-based, WhoMadeWho, for example, are bringing an extra touch of “electronica indie rock,” as Patrick puts it. He explains how he met the band’s drummer Tomas Barfod at Sonar Festival in Barcelona over a decade ago; “Then just a year ago he called us and said they want to step out of big festival music a little bit, and they want to do some different projects and they would love to do it on Get Physical,” Patrick tells us, enthusiastic about finding more indie music for the label.

Another favourite of the M.A.N.D.Y.-man, is piano-prodigy-turned-techno-talent, Francesco Tristano. Patrick raves about Tristano’s Body Language Vol. 16 compilation mix, describing the Luxembourgian as a “great gifted super talented wonder child” – after all, he was signed to one of Europe’s biggest classical labels, Deutsche Grammophon. “And then we have some new kids like Kevin Over and Emanuel Satie, who are really promising … it feels really alive at the moment, really good.”

Data Transmission has spotted a trend in Patrick’s name-dropping; is Get Physical leaning towards musicality and melody-driven releases, as are many in the electronic music scene? Perhaps the label is having more of an effect than we know. Patrick believes the deep house movement of the past few years has spurred on the quest for more interesting blends of indie, pop and club music. Once again it’s simply the changing times in effect. “I think for young kids, they really grow up [with] electronic music, and with them there is more of a request for melodies,” he says, lamenting about the forced structures of electronic music, pining for the “free rhythm” of The Doors and Pink Floyd. “You need a strict quantised rhythm to dance because it’s hypnotic,” continues Patrick, “but if I wanna listen – if I’m lying on the green, watching the sky and smoking some pot, for example – then I definitely don’t want to have a quantised rhythm and pattern! I love these free indie rock grooves, or even no beats, no drums, at all; maybe that’s a generational thing.”

Patrick mentions his love of Icelandic experimentalist, Bjork, and her ability to blend pop with wildly artistic production. She inspires Patrick. “Everything is possible,” he says, invigorated. “It’s crazy that [to me] the charts sometimes sound more avant-garde and more futuristic than techno music in the clubs, production-wise. And a few years ago it was the other way round. It’s a super interesting movement now; this new thing, pop music and club music, the fusion, it’s great.”

Londoner’s can catch M.A.N.D.Y. alongside Honey Dijon, Farley And Heller and Darren Nunes, at the Boy’s Own Drop Acid Not Bombs party at The Steelyard on June 27th. 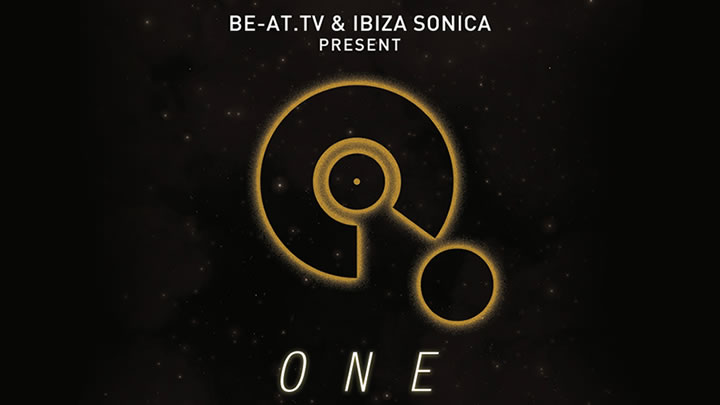