August the 4th, 8am. I had just woken up and was enjoying my guilty morning pleasure of Facebook spying and Instagram trawling. What started as another morning of the normal selfies and videos of people playing pranks on each other, this was interrupted by a message from the organiser of a small independent festival I was meant to be attending…. It was bad news. ‘Due to unforeseen circumstances’, the festival had to be cancelled. Gutted! In a matter of minutes, the upcoming weekend’s festivities I was looking forward to enjoying with my friends, had been snatched away with less than 2 weeks to go! We weren’t ready to replace our weekend running around a field, listening to our favourite music with another weekend in a pub, somewhere in the big smoke. So we trawled through the Internet and after a good few days of searching, there in the smaller print on a website we found LOST Festival and I am so glad we did.

A few days before we were due to get LOST, our participant packs arrived with detailed instructions helping us to prepare for what laid ahead for the next 24 hours. With that, the theme was implemented! We were asked to leave our phones at home, cut ties with our digital reality, come with only the bare essentials and lose ourselves for 24hrs in a secret wood just outside of London. At 11am on a windy Saturday morning, two enthusiastic reps at Alexandra Palace greeted us with our wristbands. We climbed into to a blacked out coach and the excitement built as we waved goodbye to London until the same time tomorrow. All the windows were covered, only allowing us the odd visual of motorway and a light cloudy sky. The front was also screened off with a curtain, just in case we tried to take a sneak peak.

One hour later we were at our secret destination and welcomed by a small team of friendly volunteers handing out overalls… yes, overalls! Why? Well, along with our phones, we were asked to leave our ‘labelled’ clothes in the city and cover up with painters overalls, another way to forget everyday hang-ups and get lost in the experience. Unifying people through appearance and allowing festivalgoers to lose individual inhibitions, is a genius idea to get everyone involved and prepared to get messy.

So after settling into our shared bell tent, which was decorated in a kind of minimal hippy chic way, our group of 12 ventured into the secret woods to begin the 24hours of arty, musical fun.

But first things first! Being the responsible adults that we are *cough cough* we decided to line the stomach by sampling some of the treats at the LOST street food selection. As half of our group were vegetarians, I did wonder if LOST would cater for the veggies of today. As we had been asked to adhere to the policy of no outside food or drinks, I can happily report they did. The Gourmet BBQ Halloumi Burger, was quite possibly the best I have ever tasted. Don’t take my word for it, check out the guys at KLOUD NINE. Oh and a special shouts to THE CHEESE TRUCK, the saviours of the morning after with their “delicious goopy cheese sandwiches of joy”

After preparing ourselves we all took a wonder to see what LOST had prepared for us. The festival its self is built on the foundations of woodland. Unlike your average music festival, where you might only get music tents and over priced burgers, LOST invites the festivalgoer to blend into the visuals and contribute through interactive art to an awesome soundtrack. A number of artists had been invited to create installations, throughout the woodland. The art and festival decorations are entwined into the natural frame of the woods and the artists have imaginatively worked to create plenty of spaces to explore and get lost in. The different areas are hidden in and around the woody depths and discoverable by windy paths, which does genuinely give you a sense of adventure. Don’t worry, though; you won’t be walking for an eternity to find a bar or a music stage. You can probably walk around the whole festival in fifteen minuets and there is only one main bar, however, don’t be put off by this. one bar is all that was needed. That should give you an idea of the size of this festival. Probably one of the smallest festivals I’ve attended, but this small woody area is packed with art exhibits, interactive stations and music stages, plenty of entertainment to get LOST in.

As mentioned LOST festival is a 24 hour live art festival. The art is LOST’s most exciting giving. From 3D films to an interactive LED tunnel, your visual senses are most certainly catered for. LOST also encourages you to participate. From blank canvas mazes where you can stumble upon the Humans Of New York, taking your very own photo portrait, to practising your canvas art skills at the KIVU station while chanting ‘We are all KIVU’, there is plenty to get stuck into. A personal favourite was meeting Arlen Figgis, the guy behind the all in one piano/tv/projector/dj booth masterpiece. He even played some Jungle in the evening, which was a personal highlight for me. Special mention going out the Launch Sound System.

Leading the way in fun at this artistic retreat was The Paint Bar. The idea was simple, rather than parting with cash or drinks tokens you, simply tell a joke and in return, you get some paint thrown in your face! Who knew throwing paint at your friends’ faces could be so satisfying.

And if you need to take a break from all the colourful excitement… The beautiful Zen Den is the perfect place to ‘zen’ out for an hour or two.

It would be easy to assume the DJ’s and music acts would take back seat at a festival so art focused and I must be honest, as a bit of music toff, I wasn’t sure all my musical needs were going to be catered for. But a late afternoon set from Bestival’s Head Honcho, following an eclectic Garage inspired hour, was the perfect way to slip into the evening’s entertainment. Headliner Rob Da Bank played more musical genres in his set than most DJ’s would have played in their lifetime. A true master class from the DJ and a great reflection of the eclectic music policy. Another highlight on the main stage were, B.A.R.E (Be.A.Rare.Exception) who filled the dance floor and kept the crowd joyfully jumping as the sun went down.

Smack bang in the middle of the festival surrounded by hay bale seating was the Greenstone stage, an alternative mix of bands and acoustic acts, curated by the organisers of Greenstone Festival. Towards the end of the night, party-goers were invited onto the stage, to jam together in a musical freestyle… The results were interesting… And appreciated by the individual, much like art.

In-between these two stages was The Wendy House, which had a simple premise; little shack, 1 DJ, 5 ravers = a 1 in 1 out door policy. Cue the Drum & Bass!

Located at LOST’s furthest point was the ‘Disco Funk’ stage featuring The London Disco Society, Optimus Funk, Afrobuddha, all provided us with all things disco and funky. Providing a mini cocktail bar was ‘ONE POINT EIGHT’, offering 3 powerhouse cocktails. The trees were decorated in hanging vinyl and throughout the day, the stage offered live graffiti artists and dancers, all contributing to the funky creative theme.

Our first experience of LOST was a very happy one. Even the unpredictable British weather couldn’t tarnish anyone’s mood.

We danced, covered each other in paint and lost ourselves for 24hrs. All in time to be home for lunch the next day.

We salute you LOST festival, see you next year. 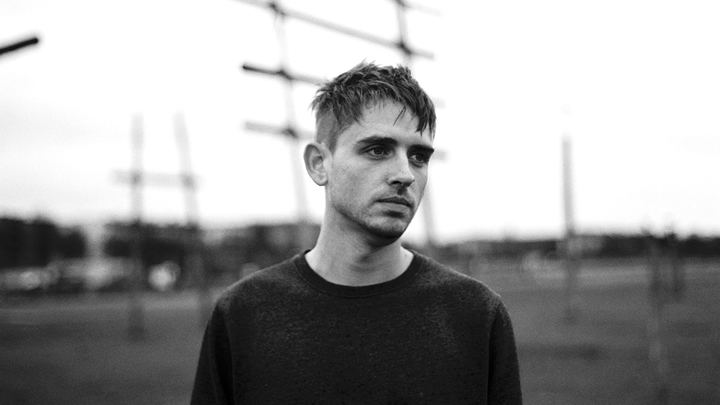