La India: The Princess Of Salsa 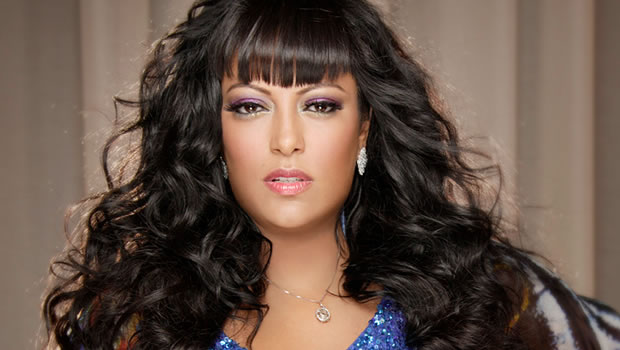 Definitely. Can you tell us more about your more recent output?

I have been putting together a dance album, which I am working on with DJ Citerella from Italy. I did a lot of gigs in Naples and I heard him play, and we hooked up when I was back in Italy. We are doing a lot of Cuban and afro style jams, and after working with MAW doing rhythms I didn’t get that vibe or feeling for along time, but when I met this guy, I got that vibe back. I love dance music, and soul music, it’s a big influence for me.

Can you tell us more about your upbringing, when did you start singing and what was your inspiration? Did it just happen or was it church-based or family based?

Definitely church based, although my family are very musical – they play guitars and bass and my grandmother was a gospel singer, very afro. She was a soprano, and my father’s biological father was a famous Venezuelan singer, just like a Frank Sinatra, but he died very young. He was assassinated in Puerto Rico, but he was hugely famous. My mother is also an amazing singer. She was a soprano, and I also have a sister who is also a soprano. We grew up singing and harmonizing, and our neighbors used to knock and ask if they could come and sit and listen. My grandmother said when I was a baby at 7 months old she would hold me in her arms and I would try to sing then. I had a really high Minnie Ripperton style voice, and it was amazing in the 80’s and 90’s to hear her and Mariah sing those notes because I’ve been able sing them ever since I was a little baby. When I was a teenager I just wanted to go out and listen to music and my sister used to help me escape from the house and that’s when I realised I wanted to sing live on stage, not just at home.

I studied opera at school but I always knew I would be a soulful singer as I sang with such emotion. It wasn’t until I met Louie that somebody wanted to help me, and I used to carry his record boxes and give out flyers for him. Eventually he attracted attention and invited me to sing on the mic. People were taking notice and I sang a lot of Aretha Franklin classics and Chaka Khan over these rhythms, that’s how it all began.

So there was a natural chemistry between you guys?

There really was and then Kenny Dope Gonzalez came into the picture then and dance music was changing a lot. But there was a need to change, producers were using drum machines and sampling sounds and that’s where I saw Louie and Kenny become masters. I watched them grow and was inspired and I knew something was coming. Louie was playing drum beats like thunder, and it was amazing and innovative. I was in the right place at the right time and people started asking me to remake tracks like ”Love and Happiness”, and I will never feel the same as when we first collaborated on that. I was 19 when I made some of those songs and I never realised then that they would become classics.

A lot of house head don’t realise just how big you are in Latin music, can you tell us more about your role within that musical scene?

I teamed up with Louie and Eddie Palmieri, who was a 7 time Grammy award winner and who also launched the category for Latin Salsa in the Grammys before the Latin Grammys came about. We collaborated on an album, “India Has Arrived”, and it was a really interesting project with Eddie mixing Latin, afro and Caribbean flavours with jazz. I was so young, singing in a live band and it was so exciting to work with him. After I worked with Seu Jorge (who at the time was extremely innovative) and he put me up against the likes of Gloria Estefan and I held my own. I didn’t realise how big it became until I had fans wanting to chase me like I was Elvis or The Beatles and I saw people fainting and crying, and I said wow, is this really happening?

Three years ago, the Bronx where I was raised, wanted to name a street after me, and I remember standing outside the Supreme Court Justice and everybody was out on the street and there were kids crying, standing around me as I received this honour. In my speech I said to everybody ‘Never stop believing in yourself’ and that’s the same for everybody else around the world. All those great singers out there, we should be there for them and I want to be that person to open doors, because when I first started, doors opened for me. I am a very positive and loving person, and even now in my 40’s, I am very much aware with what’s happening with the new generation and I follow all the trends. I was raised in a beautiful town that loves music, loves artists from London and all around the world, and we’re soulful but very universal, and I am very proud of that. Just recently I joined forces with a massive Mexican singer, Juan Gabrielle, who’s like the Elton John of Mexico, and he has an amazing voice and a collection of songs. He is fabulous and flamboyant and we are going to be doing an album together, that’s gonna be really hot.”

These tickets are on sale for Groove Odyssey Presents House Legends . Skiddle.com is an official ticket outlet for this event. All credit card purchases you make at Skiddle.com are encrypted through our Secure Server Technology