Working alongside the deceased or being one of the busiest bodies in music? Before becoming a prolific producer, DJ, remixer and one of this generation’s finest rave pilots, Justin Robertson had only two jobs: one at a graveyard, and one at Manchester’s Eastern Bloc Records. Heading North from his Home Counties upbringing with an obsession for The Fall, New Order and Joy Division, this part time job at one of Manchester’s institutions would act as the catalyst towards a double decade-long career which is still thriving today. He first laid down his treatment on The Mad Jack‘s Feel The Hit and since then has remixed Bjork, The Chemical Brothers and the Stone Roses; to skim off a handful.

Creating music under various guises to illustrate his far-reaching musical education, Robertson’s history is as rich as his hat collection, seeing its break with big beat group Lionrock‘s Rude Boy Rock. With the intention of creating a sound that is raw, electronic and psychedelic in varying degrees, Deadstock 33s is Robertson’s output with a stripped back dance floor aesthetic; primitive to its core. His debut LP under this moniker, The Pilgrim’s Ghost was released in 2013 and two years on, Deadstock 33s has lined up Everything is Turbulence for release on 25th September; a collection of cosmic machine throb and atomic boogie featuring his wife Sofia Robertson on For One Touch and psychedelic techno DJ Dan Avery on I Am Automatic.

Fresh from Festival No. 6 (he’s not missed a single year since its inception) and ahead of his performance helping new Manchester venue Hidden christen its premises, we chatted to Justin about landmark records of his formative years, optimism for clubbing’s future and his plans to bring forward the work of a long lost botanist. But first, we’ve got a competition to win a pair of tickets for Justin’s night at Hidden and for another lucky reader to win a copy of an Everything is Turbulence vinyl. Details on how to enter can be found here.

You began Deadstock 33s because you weren’t very satisfied with what you were hearing in the middle of the 00’s. It’s been two years since The Pilgrim’s Ghost, what were the driving forces behind the making of this new album, and why did you choose Deadstock 33s out of all your other monikers?

When I say dissatisfied it was more like I was searching for a production sound and technique that I could be comfortable with; it was a general dissatisfaction with what I was doing in the mid-2000s. The reason I like using different monikers is I don’t like to be pigeonholed and I don’t like the idea of being marketed in any manner. A lot of people will look at their careers as some sort of product and I don’t really want to do that so I try not to be hemmed in by something. When I want to do something different and new I can just give it a new name and it gives it a life of its own. It’s quite childish in some ways because I can pretend to be something else.

It just gave it a freshness really, and sound-wise it was just a combination of listening to that raw end of disco and psychedelia and trying to keep a loose feel to things. I was pleased with the first Deadstock album and I thought the sound could develop. The second album is much more coherent than anything I’ve done before, not just with Deadstock but with Lionrock and Revtones as well. This record seems to me a much more lucid piece of work and so I was quite happy to keep that that moniker because I just felt like the project’s still developing.

Like with Deadstock 33s, if you had to name a new project after a piece of clothing you’re particularly fond of right now, what would it be?

Well I did get a pair of delightful Clarks’ moccasins through the post which I acquired from eBay but I don’t think Clarks is a very good name for a band. There’d certainly be some marketing opportunity for Clarks though, a definite sponsor I could get on!

I’m a big clothes whore and I tend to buy things cheaply. I trawl through markets and look through eBay quite a lot and I’ve got quite a penchant for old jewellery. I’ve got a number of strange rings on at the moment, so maybe some sort of strange ring moniker.

For One Touch features vocals from your wife Sofia. Do you guys jam together a lot? Can we expect more where this came from?

Yeah, Sofia’s a good songwriter and we’ve recorded quite a few things, mainly at demo stage at the moment. She’s got a broad style as well so she can do weird things and then get quite gutsy; almost Southern Blues which she’s quite into. We’re in the early stages of getting a record together so I definitely want to keep recording with her. I think her voice is amazing and she’s in the house so it’s quite easy to get hold of her.

You could use one of your ring monikers… In the film High Fidelity, incessant record-collecting protagonist Rob breaks up with his girlfriend and sorts his records autobiographically. If you did the same, which records would represent the most significant events of your life?

That’ll probably take me a good month’s preparation! When I was 14, I got into quite counter-culture and European electronic music from the ’70s so I’d play Phaedra by Tangerine Dream or Working Man’s Dead by The Grateful Dead. As I got more furrow-browed and existentialist I’d probably pick an album by The Fall, I used to be obsessed with them and so something like Hex Enduction Hour by The Fall when I was 16/17. I moved to Manchester when I was 18 to study Philosophy and I was picking up along the way a lot of reggae records. There’s a really good record shop in High Wickham where I got brought up called Scorpion, I used to pick up quite a lot of interesting reggae stuff from there. There’s a record called Five Man Army featuring Dillinger and various other people. It’s a record that stuck with me and I still play that quite a lot when I’m doing a reggae set.

As soon as I moved to Manchester and started going out to clubs, it would probably be an early TRAX Records number, or Chip-E. There’s a record by Chip-E called Time to Jack that always sticks in my head because it was just hearing something that was very much different to the music I’d grown up listening to and it was very alien sounding at the time. Compared to anything, those early house records, for someone from the suburbs hearing that first in a night club, it really changed the way I listened to music and it opened my ears to a lot of other stuff and the lineage of that kind of music. It reminded me a little bit of the early electronic stuff like Tangerine Dream; its repetitive, loopy, sequence-y sound which I have a predisposition to liking. That’s probably me up to my formative years and once I got involved with making music and DJing, my tastes have proliferated and grown, especially now with the amount of information and music around. I find it’s like an Aladdin’s cave, there’s stuff from ’50s gospel records to ’60s psych, old rock ‘n’ roll records, rhythm and blues, weird electronic stuff from around the world and undiscovered gems from ’80s Estonia. Now, if someone asked me what record sums up the last 15/20 years I’d be really hard pushed to pick one! Depends what mood I’m in. 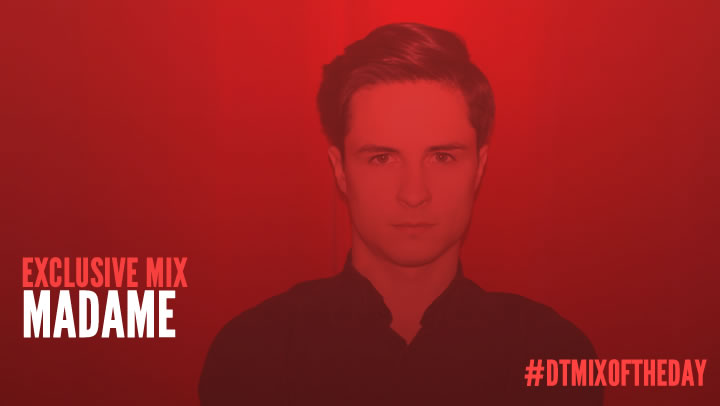