Hailing from Los Angeles like many other West Coast artists past and present, it’s no secret that Jurassic 5 are one of the most influential Hip Hop groups of all time. They continue to go from strength to strength since their return at Coachella 2013. Tom Blain sat down with Akil The MC to gain more insider knowledge about the band and how life on the road is helping them to prepare for their headline performance at this year’s Nozstock Festival in sleepy Herefordshire, expect to see Jaguar Skills, Gentleman’s Dub Club, Jurassic 5, Goldie and Frictionto name a few! Tickets are from £109 for adults / £85 13-17 year olds / 12 and under free www.nozstock.com

In the beginning, before Jurassic 5; what started you on what has become a very successful path?

Well erm, I guess it was just always in my blood for me personally.  My father was a DJ and my mom, she did art and dance; I was always around artistic influences.  When I came into my teenage years; that’s when Hip-Hop entered into my life and became a part of my everyday life. So that would’ve been around 1983, when Run DMC came out; Hip-Hop had already existed before then, I just didn’t know that it was called Hip-Hop until DMC came out if you know what I mean.  That started the journey for me, wanting to be involved in the scene; finishing high school and not knowing what to do with your life.  So this has been my mission from at least ‘88.

When you started producing music, where would you say the biggest influence to your sound came from?

We just stuck to the old school Hip-Hop sound from the beginning; it’s what we all grew up on and it’s what we’ve got in common.  It’s just the whole aesthetic of being creative, reminiscing on times when Hip-Hop was so creative, so fresh and so new.  All this is in our heads as a group, so when we think of making music we’re influenced by the latter times; for the most part though it was things in the past that motivated us to wanna make music like that, but set in the present time.  This leads to the whole Jurassic thing; you take old DNA and bring it into new times, something that people think is a myth; like, did dinosaurs exist or not? It’s the same way with Hip-Hop.  Did this style of Hip-Hop exist or did it not? We just wanted to embody that myth in our music.

I’ve never really thought about the whole Jurassic connection in that way before Akil, but now, it all just makes sense!

It’s crazy because we didn’t realise this till we got the name.  Charlie’s girlfriend listened to a song and was like “Y’all think you sounds like the fantastic 5, it’s more like the Jurassic 5” and well, it was a joke, but it’s a great name.  I said if we ever make a group i’m gonna bring that to the table.  Once we’d got the 12” deal, they asked us what the name was and we said Jurassic 5; and it stuck.

In 2013, Just after your return at Coachella, Cut Chemist said “It’ll be interesting to see how we can be compared to acts around now,” After a few years, Do you feel under pressure to adapt your style in order to stay relevant?

Nah, no.  Not at all.  I feel people are looking for this type of expression in the world.  There’s no groups, so there’s no pressure on us. It’s actually a rarity.  If you look at it on a worldly level, there is no harmony in the world; people are looking for harmony. Group’s are absent in Hip-Hop, there just isn’t a lot of groups that exist anymore.  We’re living in a me me me world, we represented the group formula; group therapy so to speak.  I think that’s what the world needs right now.  We fit right in with what people need and what people want; whether they know they need or want it, once they’ve seen it they’re like “Ahhh, this is what i’m missing.”  So to answer your question, there isn’t any pressure.

When you were moving through the ranks when you started out was there pressure then?

We’ve always been unique, in that sense.  It was crazy because there was nobody in our lane, ever.  Everybody who was doing what we were doing had already done it; like The Pharcyde and Souls of Mischief, all these people came before us, we were the last, especially of the California crew.

On the Feedback album you collaborated with the likes of Mos Def and Dave Matthews Band; is there any reason these were involved in the album?

Well the Mos Def thing kinda just happened, of course we would like to work with him fully, as that was more just talking, not really a collab. Haha. We are very appreciative of it, it just happened, we crossed paths in the studio with DJ Numark.  I would’ve squeezed a real verse out of him if we were recording lets put it that way.

With Dave Matthews, we had done some touring with him prior; and he’s just always so cool.  We had some music and thought this would be good to work on together.  The song “work it out” was cool, but there was another beat which I thought would’ve really worked too!

As one of the most influential hip-hop groups, many younger artists will have looked up to you; are there any newer artists who you feel are creating new waves within the Hip-Hop community?

Yeah! I like Kendrick Lamar, I love the whole black hippy movement, they embody what Hip-Hop is to me.  Just from the whole group thing, they had the Black Hippy’s, then did their own thing.  Whether it was Schoolboy Q, Kendrick or Jay Rock; they were already solo artists before, but it was when they became a group that they really got noticed; and I seriously appreciate that about them. Now they’re all superstars!  They really represent what I think future Hip-Hop should sound like.

I like them because they’re honest, they come from the same ghetto’s that we do, but they aren’t trying to show the negative aspects of it. The good kid m.A.A.d city feeling resonates with us all.  Kendrick is putting more notches on Hip-Hop’s belt more than anyone ever could’ve done.  He’s not just an underground superstar, he’s a mainstream star with underground aesthetics.

Does this mean a potential collaboration is on the cards?

Yeah man, I would love to.  I ran into him in Japan, and it was just after his album dropped; gave him props and we’ve got a lot of mutual friends so we’ll see.  He had good things to say about Jurassic 5 too.

You’ve just brought out “Customer Service” after a hiatus; can we look forward to seeing more music from you?

Well, we did the song a few years ago, we just never put it out.  It’s the type of music I’d like to release, we don’t want to force music out unless it has the flow.  It’s not going to hurt us putting out old school music, our songs are not dated.

Yeah well, we got new stuff, it’s now about how to put music out right now, and how people are getting music.  We don’t wanna put anything out that people won’t fucking know about.  This is the part we’re trying to find out; in the internet world, music is not tangible anymore.  We just want to create tangible things, what’s tangible now is video, so that’s what we’re working on with the visuals and stuff.  But keep an eye on our website and you’ll find out.

Akil, Thank you so much, see you at Nozstock! 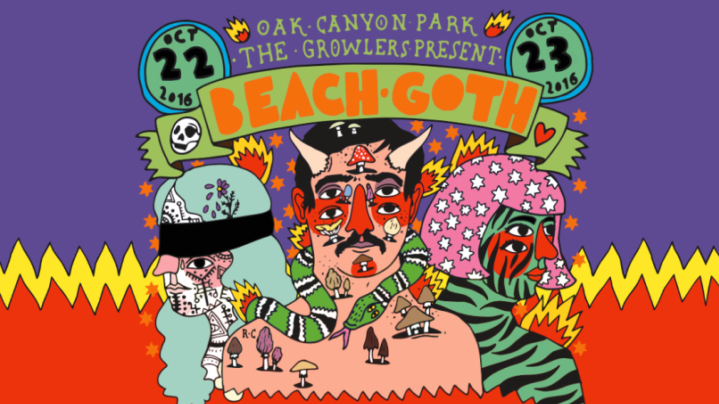