Jozef K: To Be Continued

All season long, Jozef K has held down a residency at Sankeys Ibiza, warming up for and closing down after the finest underground talents on the island. It means he is an assured selector, someone who can read and react to a situation and pick just the right record: never too much, but just enough to stoke the atmosphere and keep the floor cooking until the required time. A figurehead in Manchester’s vibrant house and techno scene Jozef has recently signed productions to Sasha’s flourishing label Last Night On Earth and the world renowned One Records in what looks to be a big close to the year.

Here we ask the man about the highlights of his season, how the gig came about and just what it is he thinks it takes to be a resident DJ in 2014.

Most people know you from your residency at Sankeys. Talk us through your time as a resident.

It feels surreal as I used to come to the club all the time as a youngster without knowing anyone or that I would ever play there. Usually I would come to the Tribal Sessions night and Greg Vickers the original tribal resident inspired me to start DJing.  The residency came about as at the end of one night fliers were handed out advertising a work experience position to help out in the office. After an interview with David Vincent and Greg Vickers I was asked to start and after a few months in the office the situation arose were a slot became available in the basement for a Tribal Sessions night. Greg asked me to do a mix CD to show what I would play like. I was that nervous recording it I could hardly mix. Later that week we were driving with my mix on, and Greg asked what a particular track was as he turned it up because he was feeling it. The track was ‘Manuel Tur – Deviate’. I remember it like yesterday as it was this that caught Greg’s attention; we listened to the rest of the mix and after approval I was allowed to play in the basement. My first ever basement gig was on October 10th 2008. When I played I kept the music deep, intense and slow before Greg came on, and did not try to steal the limelight, which to be honest I have seen a lot people do in the basement on their first time and is something I completely understand as it is a historically famous club room and people may think to seize their chance. However playing all your best records in a warm up set is not usually the best option and thankfully I saw the bigger picture. I think being an uber music nerd and attending Sankeys from start to finish most weeks helped me make this musical decision.

From there more gigs opened up and I became a DJ that David and Greg trusted. Though one time in 2009 I received a serious warning from David saying that “If you ever play as deep and boring as last week again you will be banned from playing the basement forever”, as on certain nights before certain DJ’s I used to love keeping it super deep in the early hours of Tribal. I wanted to lock people under a spell instead of dictating to them, I would play music for the mind, although admittedly it may have gone over some people’s heads at times. It was all part of the learning process and taught me to read the crowd as well as showing warm-up restraint. I cannot imagine many 19 year olds have received a warning for being too reserved as a DJ, maybe for getting too carried away would be likelier and I am quite proud of that fact, even if that does bracket me in the complete nerd category.  My Sankeys residency was officially confirmed in May 2011. How it is 3 years on I will never know, time flies I guess.

One of the best nights I have had as a DJ was this set to a sold out basement 3-4am:

As a clubber I always remember watching Thomas Schumacher at Tribal Sessions, I was 18 or 19 I think. He played ‘Babykraut – Alter Ego’ which I loved at the time. At the afterparty someone showed me ‘Roland Appel – Dark Soldier’ and that was when I first fell in love with a deeper emotional sound as compared to an earlier love of melodic techno.

I also used to run a party called Continue which initially was a solo venture and concentrated on booking the next wave of electronic music. After a couple of shows Mitch Counsell came on board, he had some great ideas and helped push the night further. Later we were also helped out by the likeminded Luke Murray and Ben Luke Marsden. We often struggled with numbers as we booked with our hearts and not our heads. I am sure once or twice only us and our closest friends had heard of the DJs we put on. There have been too many awesome Continue experiences to remember individual moments, it was a really good period and to a select few I like to think is regarded legendary. My aim was for people to eventually trust the brand enough to not be put off by an unfamiliar line-up and come out to hear something new, but alas it was not to be.

You seem to be branching out label wise – have they come to you or are you going to them?

I wish they were coming to me. We  – me + production partner Winter Son– sent the EP’s out ourselves.

Tell us about the new EP you are doing for Rebirth… Do you ever write with a particular label in mind?

I have never gone into the studio with a label in mind, I feel this restriction would be counter-productive. For this E.P. we wanted to do something otherworldly and transporting, as opposed to dancefloor only music, which is a recurring theme. It also guest features Sunday Luv on vocals for both tracks, who has a beautiful haunting voice. Thanks Sunday!

Do you think house music should have a social and political conscious in anyway, like it used to when it first emerged, or has it changed into something else now?

Not unless the creator is politically minded and has something informed and valid to say. I have seen people speak publicly about things they don’t seem to fully understand and I don’t think it is a good look.

The lines of DJing and producing seem to have become increasingly blurred in recent times. Who has influenced you most in terms of DJing?

Greg Vickers goes without saying. Dixon has been a long standing role model and I was pleased to see him win DJ of the year on RA. Mark ‘Turbo’ Turner from E-bloc Manchester is always killer, and he can mix UK garage on wax better than people on Traktor synced, which I can never fully understand but he manages it. Obviously most of the Ostgut guys too and I won’t list them all, but special mentions to Steffi, mainly as she played ‘Davina – Don’t You Want It’ when the blinds opened in Panorama bar, which is one of my favourite house tracks and I have seen her play mega sets countless times. Also I have to give a final Ostgut mention to DVS1 for closing Berghain on separate occasions with the genuinely astounding tracks  Saint Etienne  – Love Can Break Your Heart and ‘Eduardo De La Calle – Quasi Calligraphic’.  I struggle to comprehend how good it is to have ended on those to records and my brain cannot handle it’s brilliance. I only think my mate Faz could truly understand how insanely amazing I find this.

My brother Tommy was a massive influence, he is older than me and started going to Sankeys years ago, influencing my taste from a young age, I bought his decks off him and he could beatmatch before I could to so I still buzz off it if he says its a good mix. It’s an older brother thing I guess! The first 2 tracks I properly beatmatched were ‘ Steve Bug  – Smack Man’ and ‘ Pig & Dan’s  Oh Yeah’, I remember when I first got the pitches in the right place in time I left it there for 2 weeks and kept mixing them over and over as I was so pleased to finally do a smooth mix.  Move D  isn’t fucking about either, neither is Nina Kraviz or Rodhad . Fellow Tribal resident Darius Syrossian is always on point too. I like  Irfan Rainy’s  sets too, good emotional, soulful shit but he can go dark if he fancies it and its clear he is a real music head. I’m also really liking  Adriana Lopez’s  sets at the moment . Also massive respect to Hacienda DJ’s  Mike Pickering  and Graeme Park  for pioneering the house sound in Manchester.

What’s the best advice you have been given or the best lesson you have learnt since breaking through?

Advice given to me from Manchester legend Irfan Rainy: “Take chances, if you never make a mistake, you will never learn anything.” My advice would be when warming up, keep it deep and the tempo restricted. With track selection read the crowd, don’t bore them to death, but at the same time adhere to the time of night and the DJ that is about to follow. 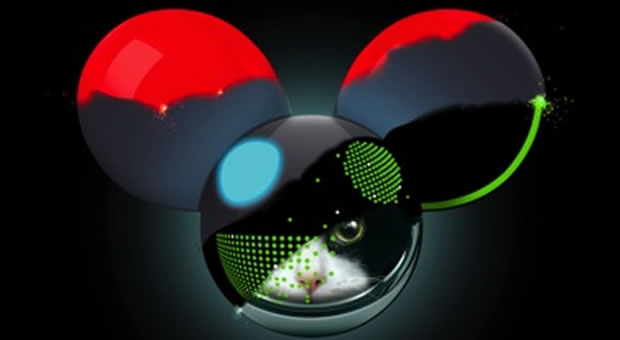