Joel Mull is a Swedish Techno connoisseur who has had a long-lived career releasing on nearly every label you can muster and playing in countries around the world. Yet he is one of the first artists to be part of the Adam Beyer’s Drumcode family and remain out of the spotlight despite his astonishing career and accomplishments.

His sound can be described as mesmeric- taking you on an emotional journey from start to finish. He prefers to play long and drawn out sets that slowly build and build and build and are always versatile, taking you into another realm of music. Whilst firmly affiliated with all things his sound cannot be defined. Balancing sounds from across the spectrum with heavy-duty rhythms, chords, and melodies, and describing himself as a DJ who “blends rolling bass lines, harmonic synths, and energetic percussions to craft an infectious and atmospheric sound.” we think that is as near as anyone has got to accurately describing exactly what he delivers in the booth.

He loves to play extended sets and has done so at some of the best clubs in the world with Stereo Montreal, Berns Salonger, Berghain, Tresor, Output and Fabric all having housed his talents in recent times

We caught up with Joel Mull following his set at Electric Zoo right before the rain came and cancelled the festivities. He sat down to talk to us about extended sets, Techno in America, his upcoming releases, Berghain, and EDM kids getting schooled!

I know you are more comfortable in doing extended sets and the last time you were in New York you played an amazing set at Output’s side room The Panther Room. Do you feel limited at festivals and how do you go about preparing such a comparatively short set?

I prepare the start of the set but with an hour there is not much you can do to tell a story. I usually want to go on a journey kind of feel when I play. Obviously an hour is not enough because you are just getting warmed up and it is a teasing thing both for the crowd and for you as a DJ. So usually I want to play for at least 3 hours – otherwise you can’t really work. The thing with a festival is packing as many names together to pull people in. I am happy I was invited to play but it is still a difficult task to tell a little story in that one hour.

The only thing you can do is build from 0 and go up in that sense or you can be very flat line – for me I need to go on this little trip. I definitely prefer club gigs to festival gigs but Electric Zoo was nice and people got in early and it was fun. I thought it would be more empty than it was but people came in and there was a really good vibe.

That’s great!  I was watching an interview with Sven Vath and he was saying how his minimum was 6 hours.

I grew up with Sven playing. I did warm-ups for him in Germany and I had my residency back in the 90’s in Hamburg and he didn’t really want to have people to warm up for him because you can do it yourself if you’re a DJ from our school. You should be able to warm up, play the main slot, and then take it down. I think Sven is definitely correct about that. He was the only guy – him and Laurent Garnier were the guys that were doing those long sets all the time back in the day.

Now after looking through some of your past events here in America, I see that you’ve played Florida a lot and Chicago and New York a bit as well. Do you have any plans of doing a US tour or playing more on the West Coast in the future?

We’re planning some dates for this fall and November. This time around, it is a little tour – I do 5 gigs actually. I started to work with a promoter in Miami called Link and I’ve been playing for them ever since and kind of have a residency with them. I am playing at least 4 times a year for them – which is very lovely to have a home – coming back to a club where you’ve already been playing. I’ve always had my little family in New York and my little crew of people. Every time I came over to play in the states, I have always had New York as a home base. For this fall I have something planned for New York and there is a warehouse party that Nicole Moudaber is planning. I’m coming back for that and I’m happy to get invited at all to come to the states. It’s been more and more often now these last few years – I have a work visa and it just makes everything more easy and I have a really talented agent that helps me a lot to talk to people and push me over here.

I think the whole US scene is developing into something really, really great again. It has been many years where it has been going down and now the last 5 years have been really on the top again. It is so nice to see that there is a new generation of people and the old cats are still around. The new generation is really interested in what was in the past and reconnecting with the music that is back from then and doing it in a new way. I think for New York that Output and a couple of other clubs get inspired from the European scene which in the US scene is a little bit different. There is a different musical spectrum in the society and what you listen to. I think it has other roots than the European sound but it is really intertwining again which is nice to see. There is a transatlantic connection again which is really nice.

When you talk about the US you think about the normal cities like Chicago and Detroit and New York and you don’t really think about it but there is a whole scene in a lot of other cities other than the major ones in the US too.

Which is so nice to see! I came to DEMF 2 years ago and you see all these true hearted electronic music lovers that come to Detroit. It is such a good energy with the people that come out from the woodwork to just breathe and feel the music. Which has always been very special. 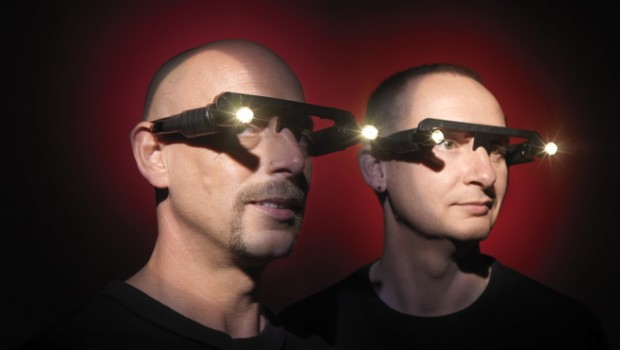