Former Chicago resident, Meehan schooled himself behind the counter at Gramaphone Records, behind the decks at Smart Bar, and behind the scenes as a co-founder of the Men’s Room parties. Now Berlin-based since 2016, he is a Resident DJ & the Programme Director at Buttons, which he co-organised with his partner Danilo Rosato. Meehan & the Buttons crew make their debut at Berlin Berlin: The Birthday & Pride Special on Saturday, July 7th at Egg London with their Special Guest, Dj Holographic. 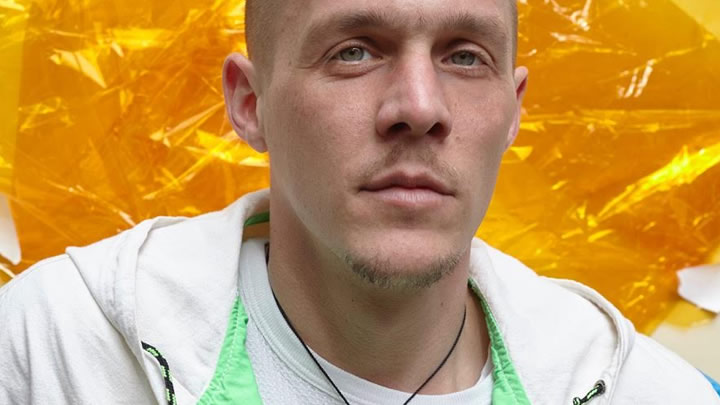 You just celebrated your Buttons/BLN birthday weekend. How was it? I heard it was super busy with an amazing garden and great music…what are the key ingredients for your parties?
Our recent birthday was a very special weekend-long affair spread out over 46 hours. The main ingredient for our party is trying to cast a wide net. We try to make our parties inclusive and sexy – from the audience to the staffing & bookings – including all of the different members of our queer community. This summer we’re focusing on adding little touches to the garden, in order to punctuate moments over the course of such a long event. Each morning, deep in the garden, we had live, non-electronic performances, like Miss Natasha Enquist, the Electro-Accordion Chanteuse. Then, Sunday afternoon Ludwig Obst popped out of a giant birthday cake construction singing “Largo al factotum” while pouring champagne for all the guests before Horse Meat Disco’s Severino played the closing set. We also printed up 500 t-shirts, which we handed out as a gift, along with some gelato. We try to go the extra mile to let people know that we are thinking of them.

This is your first time being in London for Pride weekend. What do you feel about ‘Pride’ celebrations and do you think its important for the community to celebrate in this way?

I celebrate Pride daily and value any attempt that honestly & earnestly shares our expressions of uniqueness, but watch out for that snake!

What advice would you give to anyone/LGBT people trying to break out into the promoting and DJ-ing industry?
Find a voice. Tell a story. Choose your family. Lift each other up. Work hard. Be patient.

Which DJs and artists did you look up to when you were growing up? where do you get your inspirations from?
I moved to Chicago when I was 18 and quickly fell into its rich musical legacy. Digging through the stacks at Gramaphone Records, where I eventually became an employee, turned me on to all those classic 80’s and 90’s sounds, like anything from DJ International, Trax Records, Relief, or Cajual, etc. Growing up in Southern Illinois, in a tiny rural town, I was never exposed to electronic music. I wasn’t able to sneak into clubs as a teen, or go raving, so I’ve always looked up to my friends who are a few steps ahead of me, like John Roberts, Jeffrey Sfire, Shaun J. Wright, Marea Stamper, Michael Serafini, and Derrick Carter.

How did you come up with Buttons BLN – is there a story behind it?
For seven years Danilo and our residents formerly organized Homopatik at ://aboutblank. We wanted to reboot the party and create something fresh. All of my experiences from Chicago – from organising the Men’s Room party, to deejaying at Smart Bar, to managing Wang’s bar & Wakamono restaurant, hosting a show on WLUW radio, and directing Golden Gallery – helped bring a fresh perspective to the group upon my arrival two years ago.

You work with Berlin’s Cocktail D’Amore and Pornceptual parties and there seems to be a sharing the love n’ music vibe flowing between you all and how does that impact on the city’s club scene?
Yes, this year we are helping organise the second edition of Whole Festival at Gremminer See, along with other party collectives, like Cocktail d’Amore, Pornceptual, Horse Meat Disco, Discwoman, NYC’s Unter, and many more Berlin groups. As organizers, we are not only colleagues and peers, but we are family. We understand the highs and lows of this profession, and understand the importance of trying to use our platforms to build up, encourage, and empower. We recently came together to coordinate a truck, with a soundsystem – spearheaded by Fabio from Gegen – during a giant anti-AfD protest. It was overwhelming to see our collective crowd answer us and make a tangible impact in the street during daytime hours. It was beyond powerful to see us use our voice as an anti-racist call to arms, which garnered enthusiasm from the entire city: club kids, grannies, young families with their toddlers on their shoulders…we were a crowd of 70,000+ next to their 5,000. 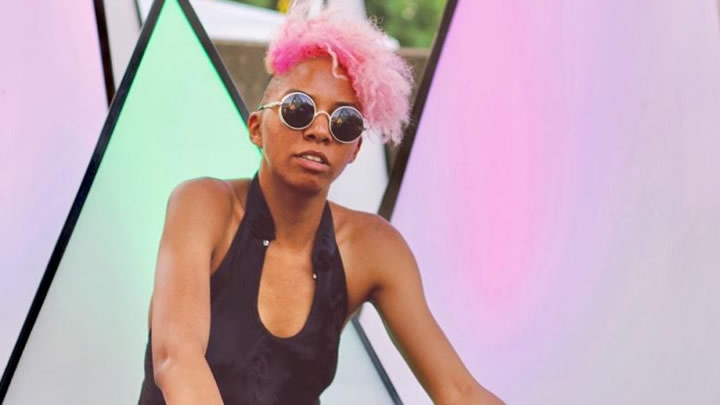 Flush from her set at NYC Pride alongside Horse Meat Disco, Detroit’s one-woman funk machine DJ Holographic joins Buttons/BLN for their debut at Berlin Berlin this weekend. Serving up a serious palette of house beats and techno, her rhythmic stylings have seen her lockdown a monthly show titled ’Stardust’ on RedBull Radio and an immense worldwide following.

One of Detroit’s rising DJs and part of the city’s LGBT community you just played the New York Pride celebrations with Horse Meat Disco, and how did that feel – any particular highlights?

NYC pride was magical, so much beautiful energy and so much love. The music felt like I was at a roller rink disco in Detroit, less hip hop and no skates but same vibes. It was positive and uplifting, everyone feeling united and strong in love. It really felt like one of those magical New York City nights where we were having the time of our lives!! It was my first time seeing Horse Meat Disco all play live which is a great opportunity because it’s rare to capture all of them in one room but for sure worth the experience!!

You’re making your debut at Berlin Berlin during the Pride weekend and what do you feel about the ‘Pride’ celebrations and do you think its important for the community to celebrate in this way?

Every day is a pride celebration for me, I love to feel the energy out and open especially at the festivals. It’s very important to celebrate love and show people the expression of love, how it comes in all different shapes, sizes, colors and respects. It is so great to see the courage in love at these parties and festivals and really experience all the color and positive energy. I am very supportive of my LGBTQ community and luckily I get to experience this energy not just during Pride months, but most places I play in general. Many underground clubs are built and filled with the LGBTQ community and they are the people I love to play for most, so I couldn’t be more supportive of this community showing our pride, loud and beautifully.

As part of the LGBT music scene and community, do you think you’ve ever faced setbacks in your industry because of who you are?

I experience prejudice all the time, I am a bisexual black women. What I experience I don’t allow to set me back, these are the parts of life that make me stronger. Everyone has setbacks in life overall, some are more obvious than others. If you allow those to stop you no matter who you are, they will set your life and goals back. I don’t let hurdles stop me, I just learn to jump a little higher each time to grow as a person.

What advice would you give to anyone/LGBT people trying to break out into the promoting and DJ-ing industry?

Fears is your enemy, don’t let making mistakes hold you back. Find ways to grow from them. Also find a tribe you can grow with and that want you to grow, surrounding yourself with the right people makes everyone more successful in themselves. Always be of service to others and try to grow your community. Don’t let ego drive for fame, you will end up with a life that’s disingenuous and not worth all the struggle. Lastly don’t abide by Industry standards, and just standards, in general, are what others have put up to set you back. Don’t allow anyone too to ever hold you back. Your spirit knows what it needs and what it’s done wrong, trust your instincts. 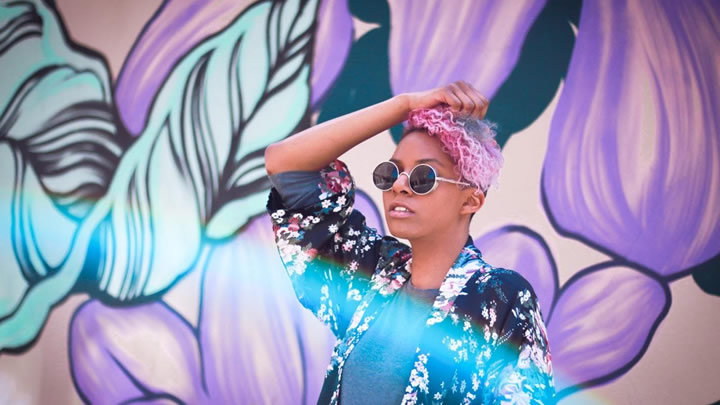 Which DJs and artists did you look up to when you were growing up? where do you get your inspirations from?

Any chance I had growing up, I would follow the music around me. In Detroit, there were so many different things to listen too but my main source was local radio, where I heard the DJs play everything under the sun. WJLB Radio was a favorite of mine where Jeff Mills aka The Wizard, was a resident. He opened my eyes to blending different styles and first showed me the skills of a DJ. Electrifying Mojo showed me how to express myself through music and sound and taught me that performers need to enjoy the music, because this is how others will enjoy it too. I would often hear music around the city at Block Parties, family BBQ’s, 4th of July, Roller Skating, and music in the streets. Today I get my inspiration from the community I play with, the energy of the cities I travel and the creativity I find in people around me. The circuit I have been on recently has really allowed me to grow and flourish, I love getting to play with such talented artists all over the world. A few who have inspired me recently are Shaun J. Wright and Alinka, Honey Sound System, Black Madonna, Horse Meat Disco, Mat.Joe and many more. I also draw in energy and love from the parties like Buttons/BLN and venues I have been playing including also including, Smart Bar, Bridge Club Portland, Deep South ATL, Men’s Room Chicago, Wrecked NYC, Carrynation, Honcho, Macho City, Bak Dor and Needlexchange.

I think there is a lot of misconception about what music industry jobs look like. It is not all just shows and parties, there is a lot of administrative work that goes into what everyone else experiences. I have stand-ups everyday, being a musician is about 30% shows, the rest of the time is a regular job where you have scheduling and meetings and planning and growth. Everyday is a work day for me right now, that is the growth I am striving for in my life. It required precise balance and personal discipline. Everyday I work, but the time I get to play, is priceless to me. This may be my work, but I wouldn’t trade it for anything in the world!