How about those tracks?

A track, to me, always starts with a groove. In the end, the groove is what makes people want to dance, and my ambition has never been to create complex tunes: I’m in this business to make people move. I listen to a lot of music every day, on the way to and from work. On the subway, I look at people while listening to music and get inspired; suddenly there’s that kick drum and bass line, a snippet perhaps, from the music I am listening to that sets me off.

I’ll listen to a track and think I want to do better than that. It’s creative competition and for me, that’s a great drive. Then I sit down and start creating, and if I can’t make that particular groove work within half an hour, I’ll ditch it. That’s all the time it takes, and there’s no point giving it any more attention beyond that – my hard drive has about 300 GB of unfinished tracks for that same reason. Normally it takes me about a week to finish a track from beginning to end, and before I forward it, I’ll listen to it for 3 or 4 days on my way to and from work. If I don’t get tired of listening to it within that time, I know it’s a go.

I don’t submit the tracks I make to friends anymore, after all it’s the label’s call, their decision is ultimately what counts.

The Electronic Scene In Denmark

To make it as a producer and to get recognition in Denmark is extremely difficult. Denmark doesn’t have a history like Germany, Holland or England when it comes to electronic music, Denmark is a rock country, first and foremost, and very mainstream when it comes to other genres. Even people like Trentemøller, Noir and Martinez have a much greater audience abroad, which is something I recognize in terms of my own music – without a doubt I wouldn’t have reached as far, had I not been able to connect with people outside my own country.

It’s bad that it is so hard to get recognition and support in your own backyard, so to speak, because I truly believe that support is extremely important – just like my parents used to drive me around to tournaments, the support I get from my girlfriend, my parents, my brother, even my mother-in-law helps me stay motivated. This is a pretty sad situation since there are many very talented and hard-working Danes out there such as: Denis Horvat and the Gartenhaus crew to name a few.

I have played all the venues in Denmark I dreamed of playing when I first started DJing, and have been fortunate to get invited to Poland, Germany and Switzerland, which were fantastic places to play. When you’re used to the critical Danish crowd – which will leave the floor the minute you play something other than the one or two tracks they came to hear – it’s a huge experience to play where people have come to listen to you, no matter what you play. You’re allowed to be creative behind the decks, allowed to express yourself through other people’s music as well. Thinking ahead, I would love to one day play Ibiza, of course, as well as Berlin, London, Brazil and the US, where my own idols play; Loco Dice, Mattias Tanzmann, Joris Voorn, Davide Squillace, Huxley, Kerri Chandler and Jesse Rose – all those who really throw their hearts into the music.

Currently I am set as part of the Play It Down team and have a third EP coming out in early 2014, as well as other exciting projects in the making in corporation with some big labels. Hopefully that will give me a chance to get out and DJ for some of the people who have supported me all along in terms of buying my tracks and in terms of offering me encouragement.

My ambition is to stay focused, to keep working and always to be present in the moment, to keep myself open to opportunities as they arise, to never take shortcuts, to just work hard and stay in the game. I would like to be remembered, not just as some kind of one-hit wonder. It’s also really important to me to continue try to be an inspiration for others who are sitting out there alone, like I did once, to keep giving feedback to upcoming artists, because I know how big a difference that can make. Be a good coach to others, referring people to labels that might be a match for them, sometimes just telling them that they really don’t need my feedback at all. Tell them to trust themselves, like Jesse told me.

I also hope that I never lose the ability get excited; when people chart my tracks, or when a big label contacts me, I always jump up and down for about half an hour, and I never want to lose that innocence, that humbleness and feeling of tremendous joy over the fact that they actually like my music. 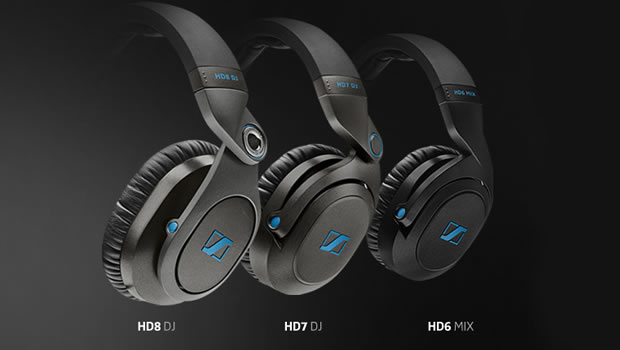