Ital Tek: “I’ll never think that I know what I’m doing because if you do, you’ll never try different things”

Brighton based, multi-genre electronic musician Alan Myson (ITAL tEK) has been a shining light on seminal underground institution Planet Mu since he released the first of his four immaculate, full length offerings for them way back in 2008, when he was just 18 years old.

Initially fusing elements of dubstep with ambient, hip hop and electronica within his own unique melodic template, and more recently exploring retro futurist themes alongside footwork and juke rhythms and tempos, Myson has carved out an inimitable niche for himself on the varied and ever-changing Planet Mu roster.

Ahead of his only UK festival appearance this summer at Noisily in July, we spoke to the charming and amenable producer about taking time off and the power of reflection, planning and writing his fifth album, Planet Mu, live sets and more in this exclusive, candid interview.

It’s been quite a while since we heard from Ital Tek – it’s been a year since your last release, how’s the interim period been treating you?

Really well thanks. For the first time in my career it’s been good to have a bit of time to reflect on what I’ve been doing – getting my head in order – why I’m writing music, and what I want to be doing with it.

I’ve just been  taking some time with the next release really as I’ve always churned out records you see,  since I released my first single in 2007, I’ve always released something every 5-6 months for like 7 years, so I just felt it was a good time to take a… well not take a break as such – I’ve been working really hard – just take a break from feeling the pressure of having to release something in every possible window of opportunity or having to take every booking I get offered.

Have you got any new releases in the pipeline?

Yeah, the one I’ve been working on has been my next album. I’ve got a ton of material written for it. I’ve been working on it for the last 18 months really. It’s getting really close to completion. There is a tentative release date, but I’m not going to tempt fate by saying what it is just yet. It’s coming along really well actually, im really excited about it.

Who that’s going to be released by?

That will be for Planet Mu.

Cool. What’s it like working with Mike P? Is he as hands on as the rumours say he is?

Historically there has been a lot of back and forth conversations about stylistic choices and yes, he does have quite a hands on approach. I don’t think I’m alone with that though – I think most of the artists, and definitely my friends who are on Planet Mu have a similar experience.

Mike has a lot of opinions on music and seems to know what peoples strong points and weaknesses are, which I think is really handy. I’ve not got too much experience of dealing with other labels but I quite enjoy that feedback.

I trust myself to put the work in – going into the studio, putting the time in – I have confidence in my abilities to write music that I’m happy with, but when it comes to releasing music, that’s a whole other game. You got to put another head on, and you need to think in terms of… if you’re really close to the music – like most artists are – you need someone else’s opinion sometimes, to just say “you know, maybe that direction isn’t working so well,” or,” maybe these four tunes are the strongest ones maybe go down that path,” which is why a label like Planet Mu is really helpful with stuff like that. With stuff like track listings and sequencing Mike has a lot of say in that, and I’ve always been happy with the way things have turned out.

Mega City is very footwork influenced. Did you see footwork as a way of speeding up what you had done already? Or did you see it differently coming from being a ‘dubstep’ producer?

I think it was more to do with the energy, but I’ve never said I am part of the footwork scene, I would never claim to be. I’m obviously influenced by trends in music, but I think it’s down to my lack of concentration when making music really, I get bored quite easily and so I found it refreshing when I first heard it, which was probably around the time of my second album when Mike (Paradinas) sent me a load of tunes that would have ended up on the Bangs and Works compilations. He was just thinking about signing a lot of those guys, and not having been plugged into the underground Chicago dance scene I wasn’t aware of it, and so it was really exciting.

I wouldn’t say I was a footwork aficionado, but there was something in that energy that made me think that I could transpose my ideas and thoughts about music into a different type of framework, it was a fun experiment for me and I’m happy with the records I made working at that speed. It was refreshing to make because every couple of years I feel the need to sort of hit the reset button on what I’m doing and try something a bit new, which I think is fairly evident when looking back on my discography.

I think there are probably a lot of fans of straight up footwork who look at the more European take on it as quite alien. When I was growing up I was a big fan of jungle and drum and bass – it was the first type of electronic music I got into when I was first learning how to make music – I used to mess around making crap jungle tunes, so I think a part of the appeal of making footwork stuff was revisiting those first days of making music, those first memories.

We’ve all made crap jungle tunes at some point in our lives… So what’s the new album sounding like?

It’s certainly less club orientated, and that’s probably because I have taken quite a lot of time out, especially being in clubs over the last couple of years. I’ve still been playing quite a lot of shows, but I’ve not been part of the DJ circuit as such. I think that’s reflected in the new record. It’s more introspective and cinematic perhaps.

The few people that have heard it so far have come back saying that it is quite a rich, epic, dense album. When I first started writing it, I didn’t want it to have drums on it at all. I wanted it to have the same energy and intensity as some of my previous tunes but without relying on frenetic drum programming to do that, so the record is actually a lot more… well rhythmic, but that comes from the synths and the live recordings as the drums have taken a back seat. There is percussion but I have focused more on the emotion behind it and the aesthetic of the synths and the melodies really. 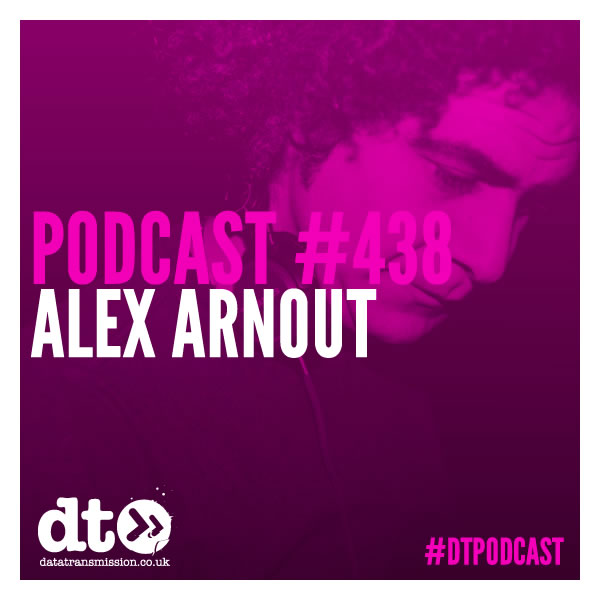