We all know that Lost My Dog Records [RIP] has a lot to answer for since their inception. A great label, hailed by many and who’s arguably responsible for breaking countless DJ’s.

Sek is no exception. 3 years ago the Greek national released his first EP, These Dayz, with LMD and in that short period has seen a multitude of success with releases on labels including Danse Club, Hudd Traxx, Large, OFF and of course more recently Kerri Chandler’s Madhouse imprint.

To me and you, his music style would be defined as a blend of deep and tech house. The man himself describes his style as a raw and abstract sensation & perspective of the dominant ingredients of his life. Quite apt, given his musical background spans brass instruments, orchestras and HipHop.

Born the year Diego Maradona shattered many a hope and dream, we caught up with the Spetses native to dig a little deeper into the origins of Sek, AKA Dimitris Kesses.

Dimitri, thanks for taking the time to chat with us. It seems that everyone who creates music has some kind of unexpected inspiration or background… I’ve heard that you’ve been involved with your local philharmonic band – tell us more about this. Is this an orchestra much like our capitals’? What kind of music did you play?
Indeed. This was quite a long time ago – During my early high-school years back in my hometown, Spetses. We used to play all that fancy and classy stuff similar to the London Philharmonic orchestra

Nice – I have it on good authority that you used to play the Accordion and Clarinet!? Do you still play or have those days passed you by?
Yes!! Sadly, not that much anymore to be honest. I do really miss that feeling of playing live music with real instruments.

Your musical tastes evolved somewhat as the years went on, which saw you get into the HipHop scene. Did you lay down the beats or did you rap too?
When I was a teenager back in the late 90’s early 00’s the Hip Hop movement was booming both international and national. I was fascinated by the raw language and the lyrics. Full of anger – as most of the teenagers I guess. Me and my cousin had started writing our own angry lyrics about society, the corrupted political scene etc. We used to rap over the instrumentals that used to be on the b-side of Hip Hop records at the time. So it was mostly rapping back then. It wasn’t until 2002 when I randomly met a guy from Volos, I think through MIRC Hip Hop forums or something, and he owned an MPC1000. That’s when I started to get interested in laying down beats.

Hip-Hop certainly does have a lot to answer for when it comes to musical heritages for a lot of DJ’s. I remember writing (terrible) lyrics myself when we were at school! Greek record label, The sound of everything. Tell us a bit more about them – I guess this is where you first really started to get into electronic music?
Actually, no. I started getting into electronic music in 2003 when I got my first residency as a DJ at a local club in my hometown. I was 17-18 years old back then.

I started working with TSOE three years later in 2006. It was a great experience – I feel extremely lucky and thankful to have had the opportunity. TSOE used to be one of the most successful independent Greek record labels at the time. To be honest, I’d say it still is given changes to music industry over the last decade.

Given you have a fairly broad taste in music, what artists would you say have inspired you to create music?
The absolute number one artist that inspired me to create music was Jimpster. I remember spending hours trying to analyse and deconstruct his tracks in order to make something similar. The whole Mannheim scene also, artists like Johnny D and labels like Cecille and Oslo.

Of course sample geniuses as DJ Sneak and Phil Weeks are up there too. There are many others that inspired me and still do, especially from the 50s, 60s and 70s, but these are the ones that motivated me most. It wasn’t until 2002 when I randomly met a guy from Volos, I think through MIRC Hip Hop forums or something, and he owned an MPC1000. That’s when I started to get interested in laying down beats

I think we’ll agree that all your releases are on some top labels. Your latest release is of course on the great Kerri Chandlers, Madhouse imprint. How did this come about, did you plan for the tracks to be signed there?
It was a huge milestone to me. It all started last summer when I submitted some tracks to Madhouse. They picked up Hide & amp; Kiss for the Madhouse Amsterdam compilation which was released on October and a couple of months later we started talking about a forthcoming EP on Madhouse.

I really want to thank Panos for his time and support, and Steve for his trust.

And of course in May this year you released the previews for your forthcoming EP on Milton Keynes powerhouse, Tahanan, as their debut release. You know Lee (boss man at Tahanan) personally, so it must have been nice to work together getting the EP out.
It has been great. I’m extremely proud of our forthcoming Tahanan release. I put a lot of effort and tried to work on something really special. I truly admire Lee as a person and as a promoter/producer/label owner. In all my life I tried to interact with positive people that spread positive vibes to me and others. And Lee is that guy exactly.  I couldn’t agree more. Knowing Lee and having worked with him for a number of years now, I know how dedicated he is and what positive vibes the guy can bring. I’m very much looking forward to when that comes out – I have to say I’m a fan of Warehouse Disco!

So what’s next for your release schedule then?
It doesn’t look that promising at the moment to be honest (hahaha). I have a new EP coming up on my good friend Ray Okpara’s label AMA Recordings, the Tahanan EP and pretty much that’s it.

I am also starting to plan my own free download series via my Soundcloud page. I feel like sharing with the world some of the tracks that I made over the years and didn’t find their way to labels it’s the right thing to do.


You can catch Sek playing at EGG on 30th July alongside Marshall Jefferson, Eddie Richards, Moodymanc and Michael McLardy. Tickets can be purchased here: https://www.residentadvisor.net/event.aspx?826838 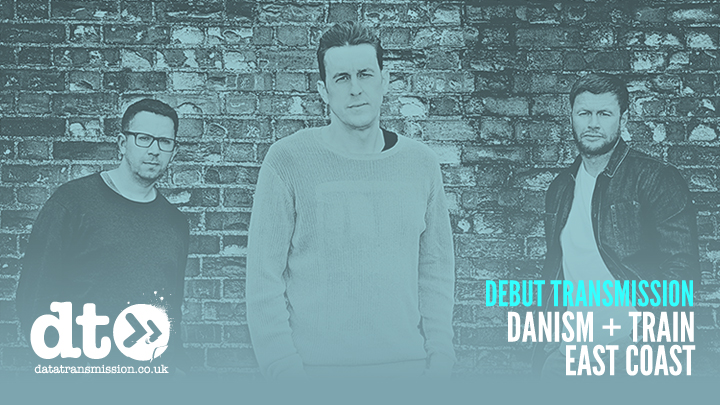