After a number of months spent busily working behind the scenes, Love Dose Records has returned with another killer release showcasing some of the freshest new sounds emerging from the Manchester club scene.

Celebrating the diversity within the realms of house and techno is something Love Dose has earned a name for, and the records they’ve carefully chosen to release have followed in much the same path. This time round they’ve looked to resident and long time producer Kerouac for the second instalment on the digital arm of their label.

The emotive, melodic techno of the DJ and producer has been a favourite of many recent parties, and is captured beautifully in his three track Cellar Door EP. The record has already been met with widespread praise from the global community too, with early support coming from both the house and techno spheres – Richie Hawtin, Steve Lawler, &me, Marco Carola have all been giving it plenty of airtime, alongside some of the real veterans of club music – Danny Tenaglia, Anthony Pappa and Nick Warren.

The record boasts a singular sound that has appealed to a wide range of musical persuasions, mirroring the clubnight’s ethos which has featured headline sets from artists as wide-ranging as Culoe De Song, Juju & Jordash, Derrick Carter, DJ Qu, Genius of Time and Marcelus over the past four years, and releases that have covered everything from grubby, lo fi acid to shimmering, vocal led deep house.

We caught up with the man behind Kerouac, Tim Shaw, to discuss the inspiration behind the EP, the strength of the club scene in Manchester, and the importance of melody in club music…

We’re now a few days into the launch of your Cellar Door EP for Love Dose Records, are you excited for this release? What can you tell us about the tracks on the record?

Yeah I’m so excited to get it out. I’ve been working on the EP for over a year so hopefully it will be worth the wait! It’s a three track EP. The first track is called ‘Cellar Door’, inspired by a line from one of my favourite films; Donny Darko. It’s a melodic techno record with a building chord melody that gradually becomes more intense as the record progresses. I’ve been playing it out for a good six months now and it’s got a great response.

The second track is called ‘Compulsion’ and is perhaps the standout track. It’s a bit darker and takes influence from artists like Stephan Bodzin and Tale of Us. There’s a nice warm analogue synth line that comes in during the breakdown, which forms the soul of the record.

Then finally there is a track called ‘How Rude’ which is a little lighter at first, with Afrobeat inspired percussion. However it slowly evolves into a more hypnotic darker record, with a repetitive vocal and synth pattern. All in all I’m really happy with how it’s come out and really excited to share it.

There’s a strong melodic structure throughout each of the tracks, with subtle riffs and subdued chord changes which ease in and out hypnotically, giving the tracks a really strong and unique identity… how important do you view melody in club music?

For me, melody is as much at home in the clubs as it is in an orchestral concert hall. I’ve always been drawn to ‘songs’ rather than tracks. I play several instruments and have been in quite a few bands. In terms of my philosophy of club music – it’s all about creating that magical moment. Even the most subtle melodic changes in a techno record will have a powerful effect in the night club.

I’m currently working with a mixed hardware and software set up. I have a Roland TR-8 and a Moog Sub Phatty, as well as  Komplete, controlled with a Novation Impulse; all running through Logic. I absolutely love my Moog. Beautifully warm analogue sounds!

What’s your favourite part of the whole process of writing music? And what insider tips could you give to people just starting out on their producing careers?

For me I just love absolutely losing myself in a tune. Before I know it, hours have gone by, it’s 11pm and my girlfriend’s asking if I’ve bought the chicken and why I haven’t come round yet.. My advice is, never sit down with a plan to make a certain type of record. Sit down, play around, and see what happens. Also, keep your little mistakes; Don’t overly quantize everything; keep certain aspects a tiny tiny bit out of sync. It will sound more real and organic and that’s where the magic lies.

What have been some of your biggest musical influences over the years and currently? What other sources of inspiration do you draw on?

I was brought up listening to bands like The Smiths, Joy Division, The Cure and Depeche Mode. My parents were both punks in Manchester when they were at university so they always used to play the sort of post punk stuff like that when we were growing up. In terms of electronic music, I obviously have so many inspirations. Off the top of my head, I tend to love the emotionally charged house and techno that comes out of labels like Innervisions, Pampa and Maeve; and really admire artists like Roman Flugel, David August, DJ Koze and Mano Le Tough.

I tend to take most influence from experiences. Whether its tough times in my personal life or other emotions; these always seem to find a way of channelling into the music I make.

The EP’s already had some enormous support from the likes of Richie Hawtin, Bicep, Danny Tenaglia DJ, Marco Carola, Steve Lawler… just huge names. How’s that experience been? Which are you particularly happy about?

Yeah I’m so excited about all the support the EP has already received. Names like Richie Hawtin and Marco Carola are obviously huge household names and so it feels really weird that they are supporting little old me. I’m probably most excited about djs like &me and Agoria playing the tunes, as they are two guys that I particularly admire.

You play a fair bit in the Manchester scene which seems to be going though a particularly strong period, Hidden, Love Dose’s home and somewhere you’ve played on numerous occasions recently getting nominated by DJ mag as best club venue attests to the fact. What do you think is really special about Manchester at the moment?

Yeah Manchester is the place to be at the moment. It’s horrible to see all the clubs shutting down in London, meanwhile,  up here the scene is flourishing. There’s a lot of great promoters and club owners who have one primary focus – throwing a great party. It’s great to be associated with Love Dose. In my opinion (however biased) we throw the best parties in town, helped enormously by the venue that we are associated with; Hidden. Hidden is a great club run by great lads. With the commerciality of ‘House’ music ever increasing and the artificiality of EDM punching you in the face every time you turn the radio on, clubs like Hidden are a breath of fresh air. It’s stripped back clubbing and I absolutely love it.

Have you got any gigs have you got lined up? What else are you currently working on in the studio?

Yeah I’ve got a few smaller shows scattered across the calendar. Then in the new year quite a few higher profile ones, including some stuff at Church in Leeds, which is really exciting.

I’m working on loads of bits in the studio. I’ve got a couple of EPs on the go; some nice heavy techno as well as some more down tempo melodica stuff. I’m also working on a couple of remixes; one being a glitchy techno interpretation of  Depeche Mode’s ‘Enjoy the Silence’.

Kerouac Cellar Door EP is out now on Love Dose Records, you can grab a copy here 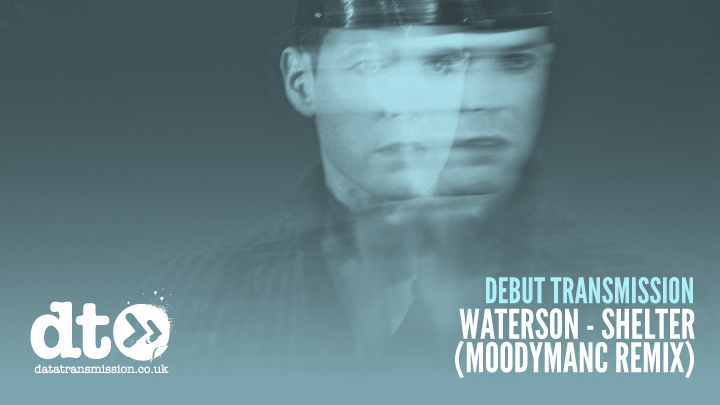