In today’s tormented age where people from different backgrounds deeply need to come together, Anthony Attalla shows what the good America is really about, and his rise to the top is quite impressive. Being half German and half Lebanese make Anthony one of a kind individual, add to the equation someone growing up in Detroit and now embracing Chicago, the result is a powerful label he created a few years back, Incorrect Music. Incorrect is home to Nathan Barato, Max Chapman, Teenage Mutants and more…

All naturally, his productions are a great compromise between Chicago house and Detroit Techno with signings on massive imprints like Yoshitoshi, Stereo, Great Stuff and Suara.

DT USA caught up with him as he came back from Ibiza and found out about the other side of the island he adores, its bohemian and peaceful aspects, and learned more on his key points to a successful career, persistence is surely one of them!

You just got back from touring in Europe. How was it?

Europe is always great!  I’ve made it a huge focus of mine to break through there in the next few years so I’ve been concentrating on releasing on more European labels and performing over there as much as possible.  I’m actually there more in the summer than I am at home so it feels natural to be there at this point.

How do you find the right balance between touring, your own productions and running your label?

I’m not going to lie and say “it’s easy” because it isn’t.  But when it all boils down to it, I’m doing what I love so it never feels like work.  The balance of doing it all is the variation that comes with each part of the puzzle (and an incredibly diligent work ethic).  But I like divulging myself in many different aspects of this industry because it keeps it fresh and exciting!

Have you ever gone to perform in Lebanon or Germany?

I’ve been to both countries but not to perform.  Actually I will be playing Garden Factory in Beirut this fall so considering I am Lebanese I am truly excited to come back to my home and perform in front of my countrymen 🙂

If you had the ultimate choice to make between Chicago House and the techno from Detroit, which one would you pick?

That’s an impossible question because both sounds are deeply rooted in what I do; from my productions to the music my label puts out.  I’ve always been a house-head at heart but there is no denying the palpable impact that living in Detroit has had on my life.

Who were your biggest influences when you were about to become a DJ?

As a child it would have to be Nine Inch Nails but before I embarked on a musical journey it would unequivocally be Steve Lawler.  Hearing him for the first time changed the way I viewed electronic music for the rest of my life and still to this day shapes my “sound” in my productions and releases on my label, Incorrect Music.

You seem to be open to melodic vibes as much as heavier dance floor tracks. Can you describe what kind of sound you are seeking for Incorrect?

Initial “Techno” music was extremely melodic, even if it had a linear structure to its composition.  For Incorrect we truly embody the rich musical history from both Detroit and Chicago; an epitome of Tech + House.  Thus, you’ll hear us release various styles of music but it all “fits” within a mold that is in a similar focus.  My sets range from Deep House, to Tech-House, to Techno, so my label should be a representation of that as well.

Well of course!  That’s the ultimate goal but it’s easier said than done.  We are definitely moving in that direction…

You’ve been asked to return quite a few times in Ibiza. What makes these Ibiza gigs so special?

Well I think the ability to lose yourself is what makes is special.  People come from all over the world to get the Ibiza “experience” but few realize there are many layers to the island.  You have crazy aspects to it, parts that are extremely Bohemian, and also bountiful nature to explore if you want to get out of the party environment.  The overall vibe there is very free and unabashed which you don’t find many other places in the world.

What is the right recipe for an up and coming artist out there who’s trying to make it and perhaps sign on a nice label like Incorrect?

HARD WORK!  There are too many people in this “game” looking for handouts or “help” but no one is going to help you but yourself.  It’s this way in many industries too, but people fail to realize that with a relentless passion for what you do along with a good heart and mind, you can truly accomplish anything.  Many don’t know how close they are to their dreams coming true when they quit.  So stay the course and never give up… and work your ass off.

What was the game changer for you in your career? Was there one track that put you in spotlight for a substantial amount of time?

There have been a few that definitely got great recognition but to be truthful, it’s more about being consistent in your performances, production, attitude, and work ethic.  Consistency is the key to being successful in any endeavor; you can’t be good half the time and shit the rest.  I wake up every day with the same mindset and ambitiousness to attack life, because it’s going to kill you anyway 😉 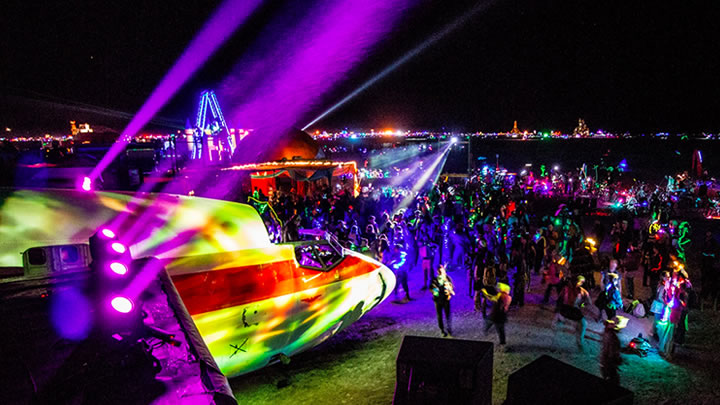