Having just released his stellar jungle album ‘Mixed Origins’ – a raucous blend of all the different sub genres of jungle – on his own Audio Addict imprint the award DJ Hybrid took some time out of his busy schedule to talk to in depth about the making of a modern day jungle opus, its place in modern day culture, its longevity, getting inspiration from old pirate radio broadcast and documentaries, the importance of track listing and much, much more…

How do you go about putting together a jungle album in 2015? What were you trying to achieve? What did you want to evoke emotionally?

The main concept of the album was supposed to show the origins of how I got into Jungle and Drum & Bass, I have always had a very eclectic taste in music and always thought that when I made my first album it had to be very diverse, it’s something I had been thinking about for a while and already had a rough idea of what the finished product would be. I suppose the main thing I wanted to achieve was to show people that I can make lots of different styles of Jungle and D&B and I’m not a ‘one trick pony’ as they say, but also I hope the album conveys my love for this music and my respect for the history of it as well as the modern day sound.

Why jungle? It isn’t the most in vogue at the moment…

I don’t think anyone starting making Jungle or D&B because it was popular, it’s always been sort of the outcast of electronic dance music. It’s been around too long now and built up too much of a strong following to be just a trend. We have seen other genres of dance music rise and fall in the time that Jungle and Drum & Bass has stayed strong and kept growing, so in that respect, yes! For me there is no other music like it and it has always been the most versatile and original music out there, it is instantly recognizable for its speed and rhythm and that’s why I love it.

Is Jungle still important in its own right in 2015? Especially in relation to race in the UK? Is it still as unifying as it was in 93?

Yes Jungle will always be important whether you are a hardcore junglist or jump up drum and bass head you have to respect and appreciate where the music originated from. I think back in the 90’s it attracted open minded people looking for something different I think a lot has changed since then as some people seem to be more closed minded now but I really hope it is as unifying as it was back then as Jungle and D&B heads are some of the most passionate people about music you will meet, that’s what brings everyone together over everything else.

The album really covers everything that is great about jungle – how did you sequence the album? Do you have any cuts that didn’t make the cut because of stylistic issues? I ask as this is much more than just a collection of tracks – it seems logical and thought out – like a good DJ set in fact….

The track list was probably one of the hardest things about the album, even when I had confirmed the final track list I still went back a week later and changed the order of a couple of the tracks. I wanted people to be able to listen to it from start to finish and hold their attention throughout. I spent a lot of time reading about some the greatest albums of all time and how the order of tracks played a big part in that and I wanted to incorporate that into my album. There were tracks that didn’t make the final cut but mainly because I had too many and had to narrow it down, there were also supposed to be a couple of vocal hip hop tracks that I wanted to include but I couldn’t get them finished in time as I was waiting for the artists to lay down the final vocal track. If it comes across like a good DJ set then great. That wasn’t my intention but if it holds people’s attention and they listen to it from start to finish then I couldn’t be happier.

How did you go about recording it? Did you specifically set out to say write a ragga tune, a liquid-y tune, a 2015 half step tune, a 2 step banger etcetera or were they all just lying around?

I had about 5 of the tracks lying around which I thought would be a good start for an album, mainly because they were all original ideas and diverse in their own way. Some of the tracks I wrote with an idea in mind such as an ‘authentic jungle tune’ or ‘heavy dance floor tune’ some of them just came together out of nowhere and I even surprised myself, for example one track was originally supposed to be more of an old skool jungle tune and ended up being a modern half step tune. I would say the main way I went about making it was just trying to maximize my creativity and be as open minded as possible.

Was making this album a different process that say doing your previous EPs? What were the difficulties in making an album proper?

Yes very different! I genuinely enjoyed making this album but I won’t be making another for a good while yet as it just felt like such a huge project .It consumes your life for months and it’s hard to focus on anything else. In the past when I have made EPs I probably had most the tracks or ideas ready and it was just more of a case of bringing them all together whereas with an album it just felt like I was not only constantly thinking of new ideas and trying to get them down but also making the decision of which of those ideas to pursue. Another one of the main difficulties with making this album for me was working to deadlines as I wanted to get the album out before the end of the year and I know other producers have fallen behind with albums in the past and in some cases has even taken them years to finish, I didn’t want this to happen with my debut album as I wanted to maintain a presence within the scene and not have too many big gaps in between my releases. 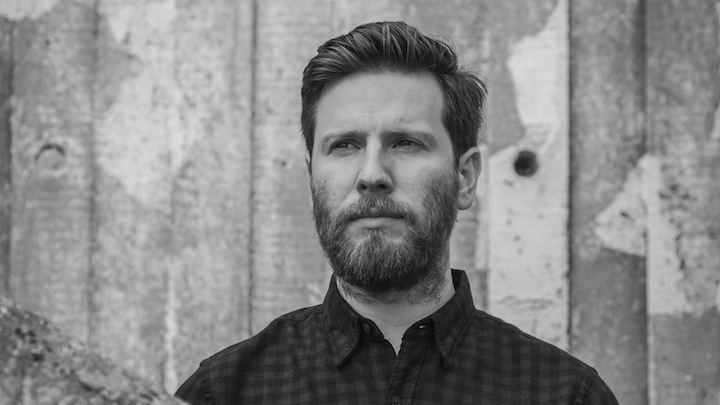