In Depth: A Sides & Makoto

Drum and Bass legends A Sides and Makoto have just released their collaborative album Aquarian Dreams next week – a classic sounding record that combines soul and heart with a dancefloor punch only years of combined experience behind the boards could pull off.

Having both released on a slew of top notch labels – such as Metalheadz, True Playaz, Hospital and more – and with a musical legacy stretching back to the early nineties we caught up with the enigmatic pair to chat breeze about their collaborative process, the ideas rushing about in their heads, their studio methods, drum and bass’s multiple sub-genres, the Digital Revolution, America and more.

On top of this verbal bounty we were also able to snag an exclusive premiere of one of the best tunes on a star studded album – ‘Breathe’ – a number that combines the best of both producers’ talents, A Sides’s rugged basslines and classic sounding drum work and Makoto’s killer melodies and emotional nuance be sure to check it out below!

As scene veterans, what does D&B mean to you now in 2015, and how in your opinions does it differ from when you first started out?

A Sides: To me drum & bass has been my way of life since the early 90’s and here I am in 2015 doing exactly the same thing and still happy to be doing that. I love it with a passion. I feel it has become more demanding on producers having to keep up with production skills and technology but that is what keeps this music fresh. A lot of things have changed but mainly for the best! There is a lot more competition but i am just happy to still be doing something I love for a living!

Makoto – To me drum & bass has changed my life and showed me the world. I was just a boy who wanted to be a DJ/Producer and was living somewhere like Japan where is very far from where drum & bass was happening, but all dreams came true few years later.

Now in 2015, I still love drum & bass and my passion to it hasn’t really changed since day one. Maybe in general it has gone slightly more commercial recently as it was in the late 90’s but it always stays the same in me as I can just be true to it and I don’t have to try anything to make it, I can just make whatever I want.

Cool. How did the pair of you hookup? Have you known each other for a while?

A Sides: We first met through Deeizm –  an MC and frequent collaborator – in 2004 after she visited my Studio with Makoto. I lived a few miles from Deeizm’s house so we arranged to have a link up. I had just purchased a 17” Macbook and was installing software onto it and it was at the same time that Makoto gave me the tune Golden Girl. MC Fats was there too and then we all met up again for the second time in Tokyo later that year whilst Fats and I were touring Japan.

Makoto has his own label, A Sides just formed a new label with MC Fats and you both have industry connections reaching back to the nineties… Why start your own label rather than going down the more established route?

A Sides and Makoto: We never out ruled giving the album to another label once it was completed. It was sent to a few major Drum & Bass labels but we were only interested in dealing with a few labels for this particular project and always said we would release the album ourselves if those other labels were not interested.

Revenue is an important thing especially in the current climate and it would only be worth giving the album to another label that we thought would be able to do a good job and generate a lot more sales for us. Otherwise it’s not really worth giving up 50% of your sales to a label that can only do as good a job as we can do ourselves and we would lose creative control.

Aquarian Dreams is all about collaboration and coming together therefore we thought it would be best to do a collaborative label for this project hence the merging of our own label names into Eastern Elements.

How did you go about making the tunes? Did you send stuff over to each other via the internet or did you sit down together in the studio?

A Sides: It was a mixture. We would say maybe 70% of the album was done when we were both in the same room together. We started the album off in my studio in London in July 2012 then we were working online together for a while, sending projects back and forth, then more work at my studio and more online work before we both completed the album at Makoto’s studio in Tokyo in December 2014.

Did you do separate parts? Like you would one of you do the drum tracks and then the other would do the basslines? How did the tunes come together?

For instance Where Do We Go started out as Makoto’s idea. Makoto created the chord structures and guideline beats, I worked on the beats and bassline and some additional sounds i.e the organ riff and then Riya laid down the vocal and we both finished the track together.

With Back In Your Arms I created the initial sketch then Makoto opened it out musically, working in new chords and arrangement. We then we had Tali record the vocal in New Zealand.

Searchin’ was created by both of us together in London and was developed from a funk loop that I had programmed. Makoto recreated the loop musically. He played the strings and chords, found the vocal sample, whilst I worked on the bassline and beat programming. The arrangement and production was then a joint effort.

So as you can see each track has it’s own individual story to tell!

Interesting stuff. Did you have a philosophy behind what you were trying to make? Did you have an overarching idea you wanted to portray in the project if you will?

A Sides & Makoto: I think in the later stages of the album more of an idea was coming together as to what we wanted, but in the early stages we were not actually planning on writing an album so we were not heading in any specific direction. Once we decided to do an album our thoughts were to make a nice collection that you can sit down and listen to as well as dance to in a club. Something pure with heart and soul and feeling and also something that reflects both of our individual styles and where we are at nowadays.

5 Steps with A Sides

Mix Of The Day: A Sides & Makoto 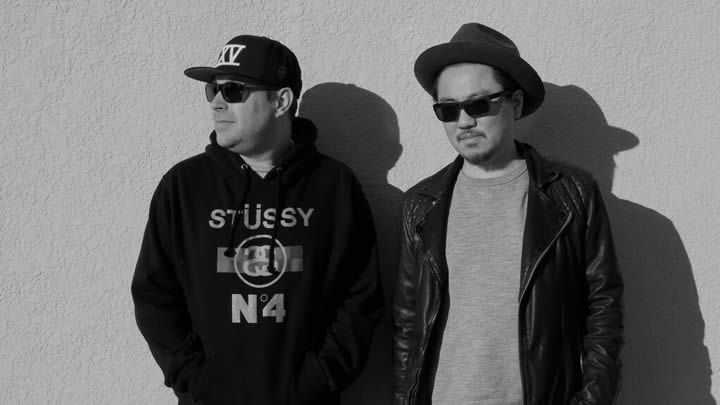