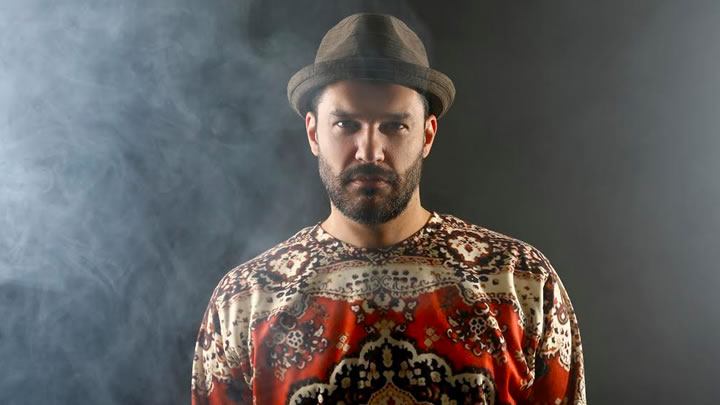 Phonique is one of the industry’s most tireless artists, amassing a massively prolific discography totalling over 500 original productions and remixes during his career thus far. However, it’s been a long wait (seven years, in fact) since he released his last full album, Kissing Strangers; which helped the Berlin-based artist reach new a pinnacle of success, as the 2010 album’s wildly revered classic, Feel What You Want, spread like wildfire across dance floors, and going viral on the net, amassing a staggering total of over forty million views on YouTube alone.

After a long seven years of anticipation, we had the pleasure of chatting with the man himself about how his new album Green Supreme slowly came together over the past seven years, and delved into the inner-workings of the workflow and inspirations behind what he has described to be his “most focused album yet”.

Grass is Greener is out now on Phonique’s own Ladies and Gentlemen imprint, which you can listen to below from the Spotify player, whilst you check out the interview!

Let’s get right to it and discuss the elephant in the room. Your fourth album Green Supreme was released just days ago. You’ve deemed this as your “most focused album, by far”. It’s certainly evident judging on its quality, we think! Were there any projects that didn’t make the cut? How long did the process take, from writing the first track to having the entire project done and dusted?


Phonique: Yes, a few tracks didn’t make it, but I don’t just start producing a track knowing it’s going to be for an album. Very often I start with an idea, and it then turns out to be a club or an album track. I started to work on the album right after finishing the last, in 2010.

What song from Green Supreme was the first to get finished?

Phonique: The Future. I sent the instrumental to Daniela (from Digitaria), and she recorded some vocals. This was so long ago, and the style of Digitaria  has changed a lot since. So they decided not to appear in the credits anymore. It was THAT long ago we did that track!

Interesting! I was actually wondering who was on The Future! So, how long after completing The Future did you start compiling additional tracks that made it on the LP?  Or was it just a gradual process over the past 7 years?

Phonique: Yes, we were constantly working on it over the past 7 years, and over the past 2 years were spent checking back on the first tracks and making adjustments to them.

Green Supreme is a vocal lover’s dream come true, as far as albums go. When you’re collaborating with a vocalist such as Antonia Vai (who’s captivating voice is featured four times on the LP), do you offer any certain ideas or input for the vocalist as far as what you envision the lyrics to focus on, or do you give them free reign as far as the lyrical end of the songwriting?

Phonique: I usually let them do what they do best; writing lyrics and singing them. We take care of the rest. However, sometimes I have a certain track in my mind, and I send it over to the vocalist so they know what my idea is, and why I picked them for that specific song. Antonia recorded the spoken words from What This Is originally for another track. I can’t remember which track she did it for originally (from my album), but i figured it would work better on that one. 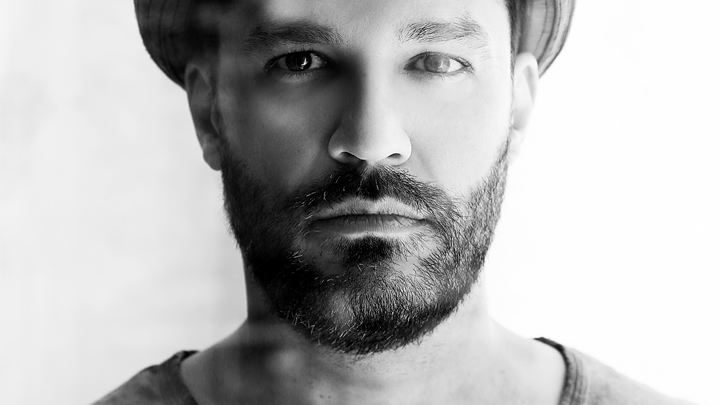 Taking a Chance is another one of the few tracks on the album which seems to feature a sample or unknown vocal, as opposed to a full vocalist feature. Is there any particular story that inspired this one? Or any on the album that you took that route with?

Phonique: The vocal sample (from Taking a Chance comes from the depths of Tigerskins’ sample archive. I have no idea what that was. The idea for the track came from a mix of two other tracks. The inspiration in the beginning, was inspired by a gypsy woman. Also inspiration for that track was my remix for Ornate’s Crazy. You can surely hear some similar sounds in there.

Well, hopefully you at least got a palm reading about The Future! (pun intended) So, speaking of inspirations, what’s the story behind the unique “reprise” version of your classic “Vincent Price”, which features the ever-ingenious spoken word stylings of The Lazarusman, making it one of the album’s most unique and mysterious tracks?

Phonique: Vincent Price got released after the 2010 album and became really big on YouTube, with over 10.000.000 views, so it felt like it deserved to be featured on an album. So the story behind that one is that Tigerskin was once touring with Lazarusman, and in Brazil Lazarusman was performing with the track. I then saw a video of that, and thought that would be perfect for the album. We are also working on a more deep house club version of Vincent Price, which is rocking the clubs every time I test it out.

Gotcha, so Lazarusman heard the track in the club while Tigerskin was playing it, and started performing over it right there?

Phonique: He was already putting his magic on Vincent Price during their tour, so i approached him to redo it for the album.

Speaking of rocking the clubs, What’s been the biggest hit from the album on the dance floor at your gigs, so far?

Phonique: Grass is Greener works great, as well as Something to Remember, but we have awesome remixes for those now, so I hardly play the originals at clubs anymore.

Those are definitely standouts, as well as “Something Special” in my opinion. If you had to take a guess at which of the album’s cuts will end up being the “hit”, which one would you say stands the best chance — and if you had to pick one song, do you have a particular favorite?

Phonique:  Grass Is Greener was my favorite all the way, but I see how well Something to Remember works, so its hard to say now.

Let’s talk about the title, Green Supreme, is there any connection to the first single you released “grass is Greener” — or is this in reference to your love of the color itself? Perhaps you find vegetables, or trees to be supreme?

Phonique: It’s a mix of Grass is Greener and The Supreme Artist, but also the connection to my vegan life.

The Supreme Artist is indeed a hypnotic gem of a track, one which I’d imagine works well in the club as well. Quite the epic sample used in that one also. Was that too dug out of Tigerskin’s infamous sample library?

Phonique: No, that wasn’t a sample from Tigerskin’s library. I was attending a movie festival 2 years ago, and Sir Peter Ustinov was getting some award for his lifetime achievements, and he played Nero in an old hollywood movie, so thats where the sample is from. The movie is over 50 years old, so there are no copyright issues. The rest of the track was inspired by Hollis P Monroe’s  I’m Lonely‘, who became a friend in the past year as he is living in Berlin every now and then, and he is a fellow vegan too!

Well it’s certainly a fitting track to be included as part of the title of the album itself. Earlier you mentioned the remixes of Grass is Greener and Something to Remember (feat Stee Downes). Now that the LP has been released, can we look forward to additional remix packages from other songs on the album?

Phonique:  Yes. The next remix release will be for  Something Special (feat. Ian Whitelaw), and actually it will come with a remix from Hollis on his Black 80s alias. Nhan Solo is also working on a remix. I will be doing a club remix of it as well. The Vincent Price (Club Mix) should be released too after that. 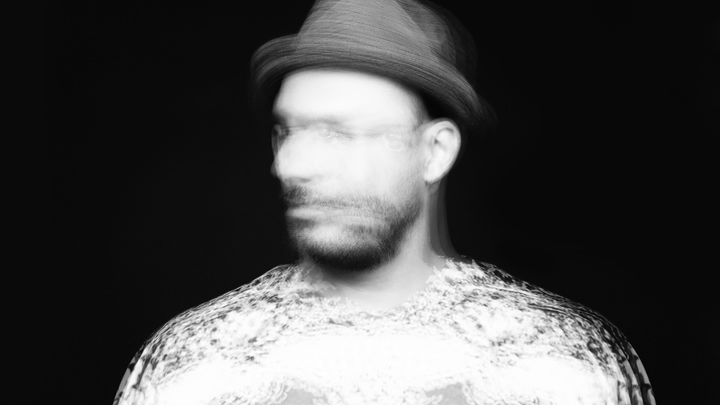 That sounds like quite a remix squad! Any others coming?

Phonique: The Vincent Price (Club Mix) should be released too after that.

I appreciate the insight into the time and ideas that made Green Supreme come together. While we’re in such a deep discussion about albums, can you tell us of any albums that you really enjoyed that were released in 2016?

Phonique: The Black 80s (Hollis P. Monroe and Overnite) album is definitely one of the best albums from 2016 for me. I wasn’t expecting that when I put the promo on! It’s like a mix of Art Department with some deeper elements.

Clearly you have drawn inspiration from Hollis’ work, and he has certainly been at it for quite some time now. Are there any particular newer artists or any recent tracks that have been doing the business for you on the dance floor?

Phonique: One of the most underrated artists for me is David Keno. He puts out so many massive tunes. I don’t understand why he isn’t really big yet.

Yes, he’s had a big year. Lot of big club tunes on his label also.

Phonique: Yes, I don’t understand why he isn’t really big yet. Also, this Brazilian guy Bruno Be  is killing it too when it comes to the deeper tracks.

Well, thank you so much for your time, it’s been a pleasure!

Phonique: Thank you for taking the time to interview me!

Grass is Greener is out now on Phonique’s own Ladies and Gentlemen imprint, available digitally and on vinyl as a 2x 12” Long Player. 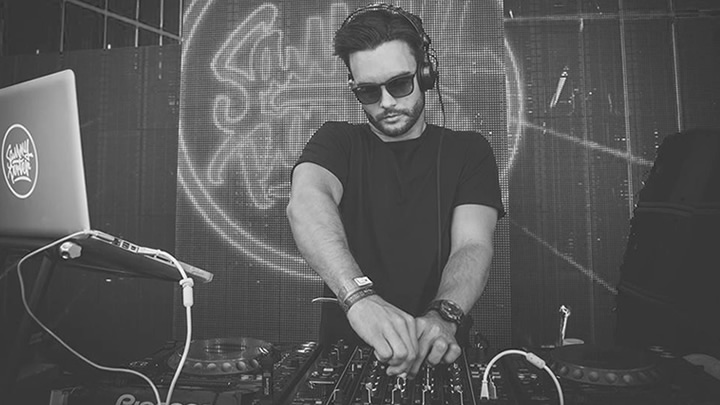